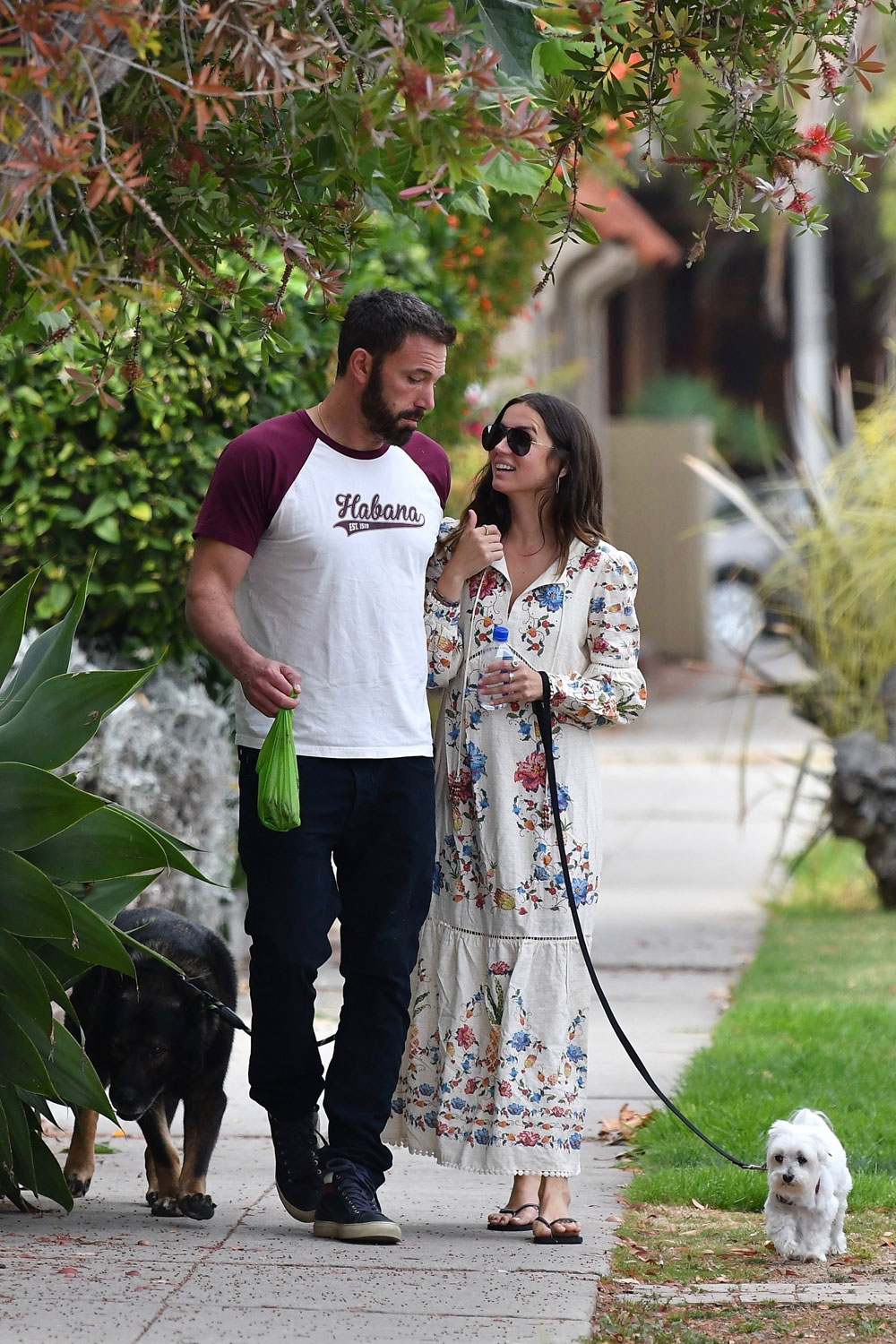 Yesterday we covered photos of Ben Affleck and Ana de Armas walking their dogs, and a lot of you pointed out that they weren’t wearing masks. Considering that it’s just the two of them I didn’t think it was that big of a deal, especially compared to the other times we’ve seen Ana in particular without a mask. The mayor of Los Angeles, Eric Garcetti, has “issued an order requiring Angelenos to wear face coverings when they leave their their homes and will be near other people.” I guess you could interpret that to mean that it’s ok not to wear a mask if you’re just walking your dog. If you’re famous and know you’re going to be photographed, would you prioritize getting your face in the photos or would you wear a mask to show it’s the right thing to do for everyone’s health? Covid is surging in California and Los Angeles County in particular, and beaches, bike paths and piers have been ordered closed for the upcoming Fourth of July Weekend. That’s all I’m saying about that.

Ben held his dog’s poo in a bag. I think he’s the type of guy who won’t pick it up unless there are witnesses, but that’s my own bias. They embraced and hugged. Ana was in a floral bohemian dress with balloon sleeves, which she paired with flip flops. I wonder how many outfits she’s getting sent and if she’s getting paid to wear them. She must be, right?

Do you guys want to keep talking about Ben and Ana? It seems like you do. Like many of you I had a very positive opinion of her after seeing her performance in Knives Out. That has changed. She seems perfect for Ben. They both love dogs and getting their picture taken.

Armie Hammer & Elizabeth Chambers are divorcing after a decade of marriage

Ana de Armas convinces Ben Affleck to join her for midsommar festivities and assures him that it will not be like the movie. (June 30, 2020) pic.twitter.com/5wwNlDQAuo

Ana is now a member of the Academy.

Ana de Armas, Yalitza Aparicio & Eva Longoria are the only Latinx actors to be invited to become members of @TheAcademy this year. pic.twitter.com/DhuHk46QM0

This is barely related but it’s funny:

Wow, this is actually inspiring. pic.twitter.com/nWpwTlbY0Q

Katy Perry was ‘broken’ after 2017 split with Orlando, ‘gratitude saved my life’