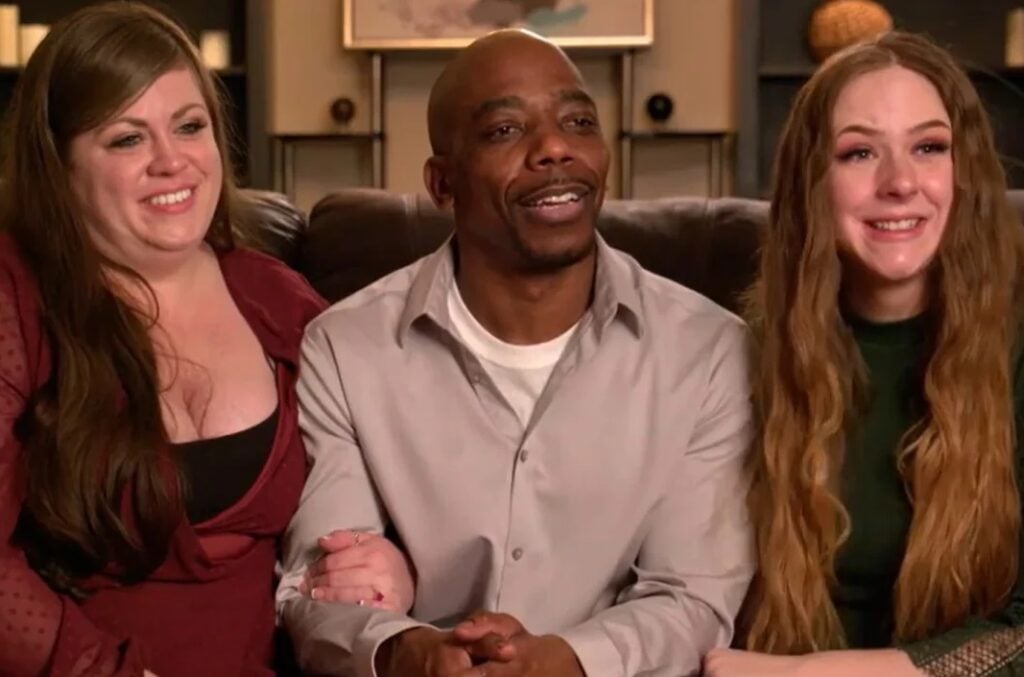 She may be in an unusual relationship, but Jennifer Davis is now experiencing an emotion to which millions of women can relate:

Because she’s pregnant with her first child!

In a sneak peek at the August 8 episode of Seeking Sister Wife, Jennifer says the following to producers:

We have something to tell you. We’re pregnant!

Davis drops this bombshell while sitting next to husband Nick Davis and sister wife April Davis.

“This one!” the polygamous husband says in the same clip while rubbing his spouse’s belly.

“Yeah, Jennifer is expecting. We’ve got a bun in the oven here.”

In the footage, which was shared by People Magazine, April actually grows emotional while discussing the blessed development.

“So we are having a girl. I’m excited to be a mom to a little baby again,” April says.

“I’m very excited to be able to do this with you guys, it’s just like me having a baby right now too.”

“We wouldn’t want it any other way,” adds Jennifer.

As Seeking Sister Wife viewers know well, Jennifer and April are new to the franchise.

They’re legally married to each other and have each taken Nick’s last name, making this unit the first-ever true throuple to be featured on TLC.

Three people isn’t enough for the trio, however, as Season 4 focuses on their attempt to woo a woman named Danielle into their household.

As the People sneak peek continues even, Nick, Jennifer, April and Danielle head to the children’s store to go shopping for their impending baby.

“This is my first biological child,” Nick explained in a confessional outside of the store.

“I’m hoping to be someone [Jennifer] can be proud of and someone that will guide her in the best way possible.”

April, Nick and Jennifer all share the same bed.

Did Jennette McCurdy Accuse Dan Schneider of Pressuring Her to Drink?

“I never thought I would see myself as a mother, or wanting kids or having kids or anything like that.

“But coming into this situation and the love that I developed for Nick, this is the love I want to have a baby with,” says Jennifer in this look ahead.

While all three members of this relationship are excited for their child to arrive, there’s concern that Danielle may not be able to handle it.

“There’s a lot about what’s taking place now that has me a little apprehensive about how Danielle is going to adjust to it,” Nick admits on this episode.

“I’m not sure where she’s at in her life right now if she’s ready to make those sorts of changes and adjustments that are going to be kind of forced upon her.”

The new relationship seems to be going well until some unexpected surprises are revealed along the way, leaving Danielle to question if this is what she really wants.

Joy-Anna Duggar: Is She Secretly Feuding With Her Sisters?