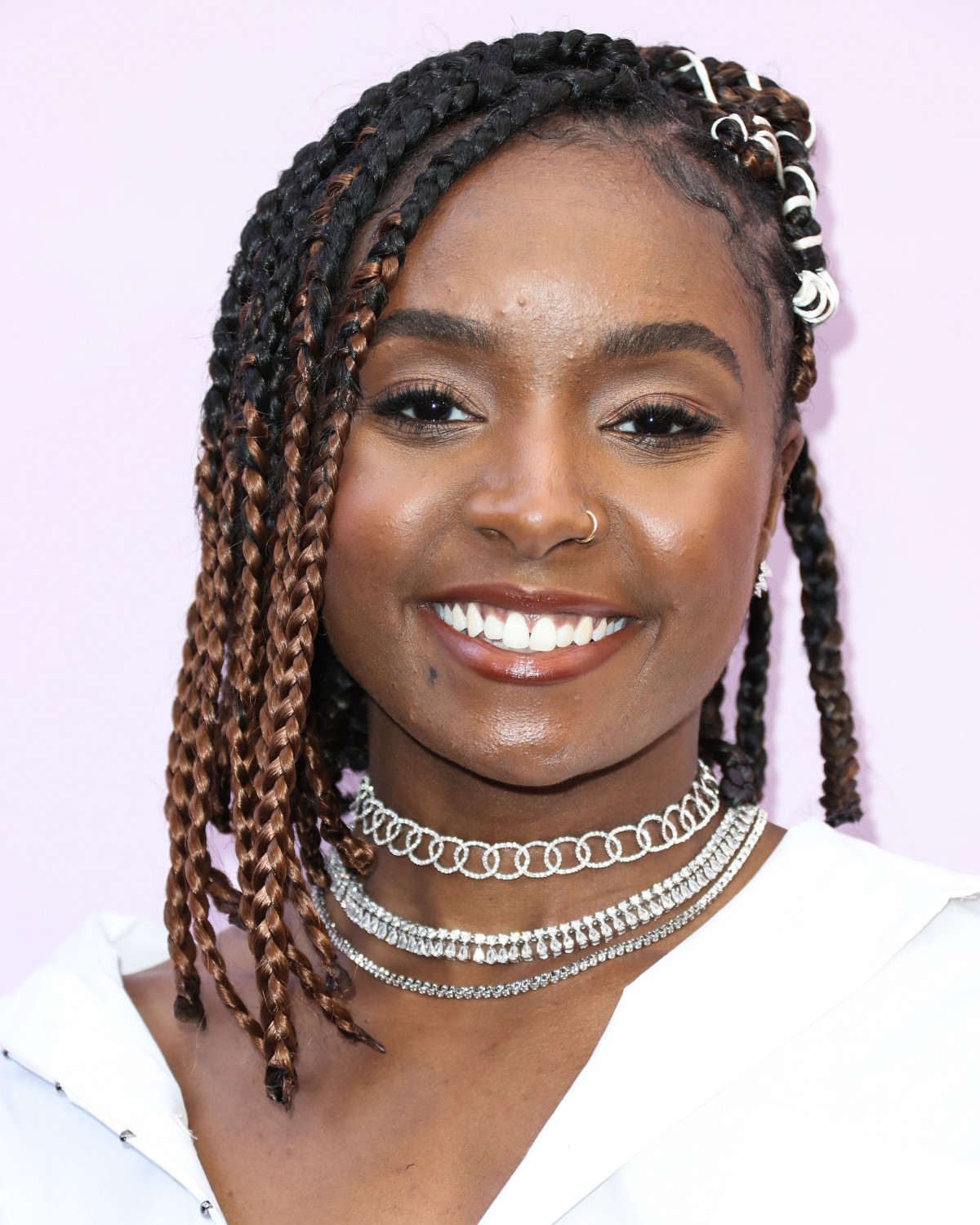 Kiki Layne has been on our radar for the last couple of years, since her breakout role in 2018′s, If Beale Street Could Talk. She just starred in Netflix’s The Old Guard where she had to go through intensive weapons and combat training for the role. We just heard that quarantining alone was tough for her. She’s now with her family in Cincinnati, Ohio until she starts filming again. Kiki talked to Elle about her biggest career obstacle, what happened behind the scenes of The Old Guard and what she loved about the film.

On the biggest obstacles she’s had to overcome in her career
In Hollywood, you need work to get work, which can really drive you insane. Even now, it’s still a thing: How big is your name? Are you actually that marketable? I’m grateful there’s starting to be a shift. Part of it is because artists are taking more control over how their stories get told, and beautiful, powerful independent films are committed to finding the right person. I’m very grateful to Barry Jenkins, who took a chance on me. I didn’t have any real credits, but he believed I was the person for the role. Same with Gina [Prince-Bythewood]. The biggest [obstacle] is trying to get past the Hollywood mindset of only hiring the big, bankable talent

On if she thinks Nile feels fulfilled at the end of the movie, and what’s next for her if there’s a sequel?
I would definitely love to do another film and dive deeper into Nile’s moments of struggle. At the end, she’s become more accepting of her new role in this new family, but I know there would still be some things tugging on her heart. It’s difficult to say, “I’m just gonna forget about my mom and my brother and all the people I love and go be an immortal warrior.” There might be a love story for her too. It would be interesting see how one builds new relationships under the circumstances. There are a few little Hollywood hotties I have in mind for the part.

On sparring with Charlize Theron
It was insane. We got to train a bit with each other beforehand, but the first thing we shot was our fight scene on the plane. It’s an honor to get your ass whooped by Charlize Theron! [Laughs] What she represents for women in this genre—that we’re capable of being kick-ass leaders—is amazing. Having my [action] introduction be alongside her made [the experience] that much more special.

On the love story between Joe and Nicky
I was so happy to see the inclusion of a gay relationship, and these two gay men as heroes and warriors and kick-ass fighters. Their love story is beautiful, and it needs to be shown more. Where are all the gay superheroes and badasses in Hollywood? [The industry acts] as if those people don’t exist in real life.

On playing other superheroes and her love of X-men’s Storm
Growing up, the only two people I knew who could strike …read more

The NYPD violently kidnapped a teenage trans girl off the street

The world’s first hybrid cruise ship has already resumed cruising — and just reported a coronavirus outbreak. Here’s a look aboard.