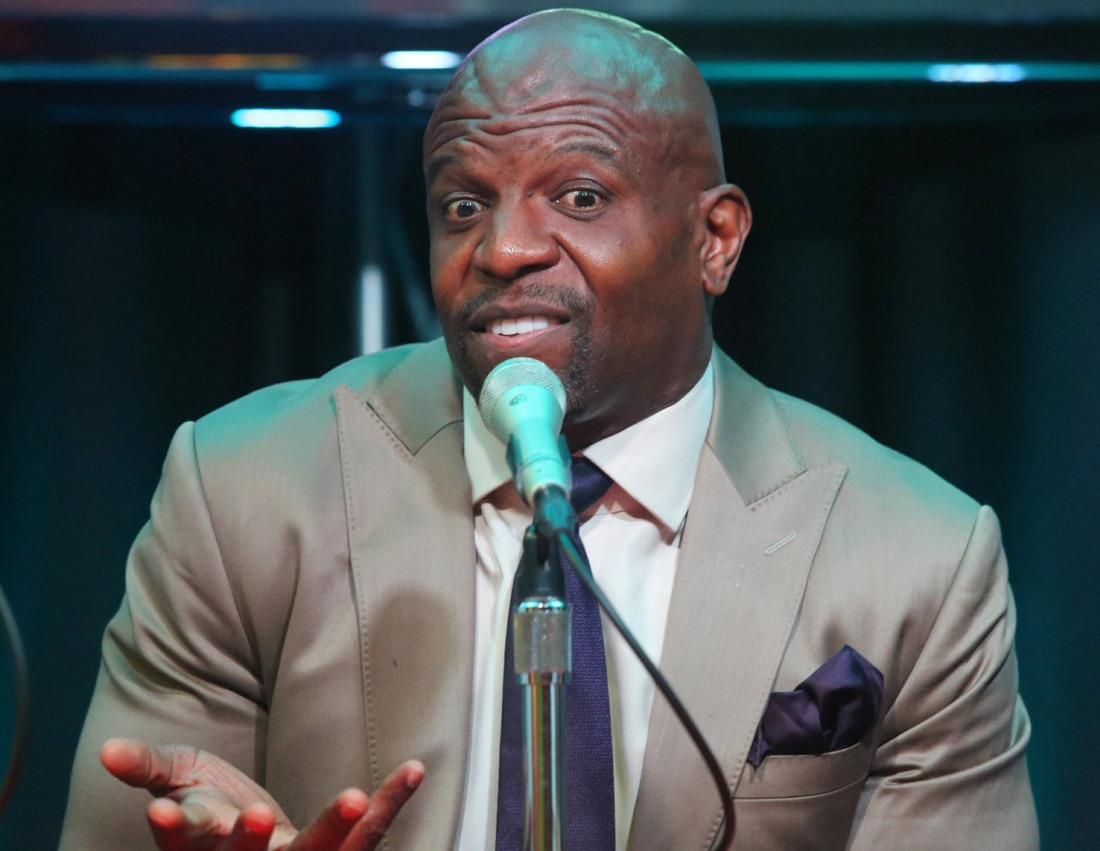 I think for many people, Terry Crews’ treatment of Gabrielle Union was what started the descent into cancellation. Gabrielle Union had stood up for Terry Crews many times as a colleague and friend. And when Union was fired/pushed out of America’s Got Talent for entirely racist and sexist reasons, Crews did not have her back at all. That was the beginning of the end.

Then Crews followed that up with a tweet in June reading: “Defeating White supremacy without White people creates Black supremacy. Equality is the truth. Like it or not, we are all in this together.” This is a ridiculous straw man argument – Black Lives Matter has never said “only black people matter and only black people can be supreme.” For some reason, Terry tweeted those words and never clarified or apologized and it was awful. Well, he didn’t learn anything from that incident three weeks ago. He tweeted this on Tuesday:

If you are a child of God, you are my brother and sister. I have family of every race, creed and ideology.

We must ensure #blacklivesmatter doesn’t morph into #blacklivesbetter

Again, just like his tweet three weeks ago, Terry Crews conflates equality with supremacy. He genuinely – ?? – seems to believe that by asking for equality, Black people might somehow (as if by magic) receive TOO MUCH equality and then become Black Supremacists who live “better” than white people. And again, literally no one is saying anything like that but Terry. I’m embedding my favorite responses to Terry’s tweet, but I’d also like to point out that Terry has a huge number of MAGA/white supremacists/anti-BLM people following him, defending him and commenting on his tweets. That alone should say a lot about what Terry’s selling and who it’s for.

What if we just focus on white supremacy since that actually exists.

Its actually embarrassing how intent you are at undermining people who are fighting for their humanity to be viewed EQUALLY.

Nobody is taking it there except you & those uncomfortable with having to address the elephant in the room. I implore you please do better, this ain’t it.

One final thing that Terry tweeted:

You are right, @BerniceKing. I just want to make sure it stays that way. No competition, just creativity.#blacklivesmatter https://t.co/d06xYL78y3

For the love of God.

June Shannon: Geno Doak Is the Only Thing Keeping Me Sober!

Mark & Patricia McCloskey grabbed their guns because they were ‘afraid’, okay?