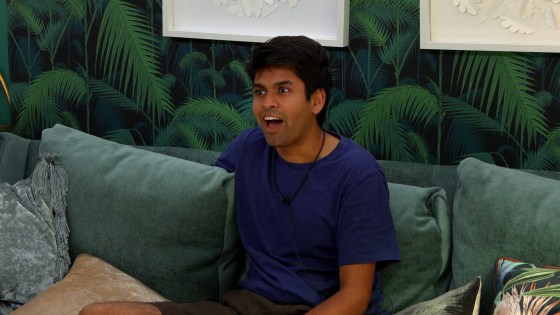 Warning: This story includes spoilers for the outcome of The Circle.

Shubham “Shooby” Goel isn’t your typical reality show contestant. In fact, on Netflix’s The Circle, he’s the odd man out: the guy who introduces himself by confirming his open disregard for the fundamentals of the show. The Circle transplants a group of strangers into individual apartments, where — in physical isolation — they interact solely through a voice-operated social media platform from which the show takes its name. Their goal? To win $100,000 by consistently ending up at the top of daily rankings from fellow contestants, while not getting “blocked” (and sent home) over the course of the contest.

The Circle never identifies criteria for these rankings. It is up to each player to decide the arbitrary factors on which they’ll determine the fates of their new “friends.” And not all of those “friends” are who they say they are on the platform. Some are deliberately catfishing the other players, attempting to prove a point about popularity and superficiality by posing as more “likable” or socially-accepted versions of themselves which they think are more likely to come out on top.

Yet over the course of the first U.S. season’s 12 episodes, the last four dropping on Jan. 15, those false identities seem more like unnecessary constructions. The true drama is in the small human moments between contestants who would otherwise never interact in real life, sharing stories of struggle or offering words of support. The authenticity of those interactions isn’t actually all that important; just the act of the exchange becomes a foundation for friendship. The gloss of social media has its downsides, of course, but The Circle suggests that hiding behind screens can also open up unexpected pathways to vulnerability and connection. (Who knew that sending a “heart emoji,” as dictated in voice command via deadpan delivery, could translate to real tears for the recipient? Or that silly hashtags could elicit barks of real laughter on the other side?)

Goel — an Indian-American UCLA graduate and virtual reality designer in his early twenties — once launched a campaign for Governor of California with the intention to ban social media usage for kids under 18. He likens social media to “Bubonic plague” and, at the end of the first episode, is ranked in last place. But Goel finishes as runner-up with a collection of “friends for life,” as he told TIME. “By the end I grew to love all of them.” And he doesn’t begrudge the ultimate winner for taking home the prize. He’s also become a fan favorite, with viewers charmed by his lack of artifice, his penchant for playing ping-pong against himself and the way he seemed to genuinely agonize about decisions he had to make to send other players home, which he admits was the toughest part of the whole experience. As a kind of viewer surrogate, Goel offers us a way in to the warped reality of digital-first relationships — and their potential upsides, …read more

Some top Pinterest influencers say they still earn more money on Instagram, where they have vastly fewer followers