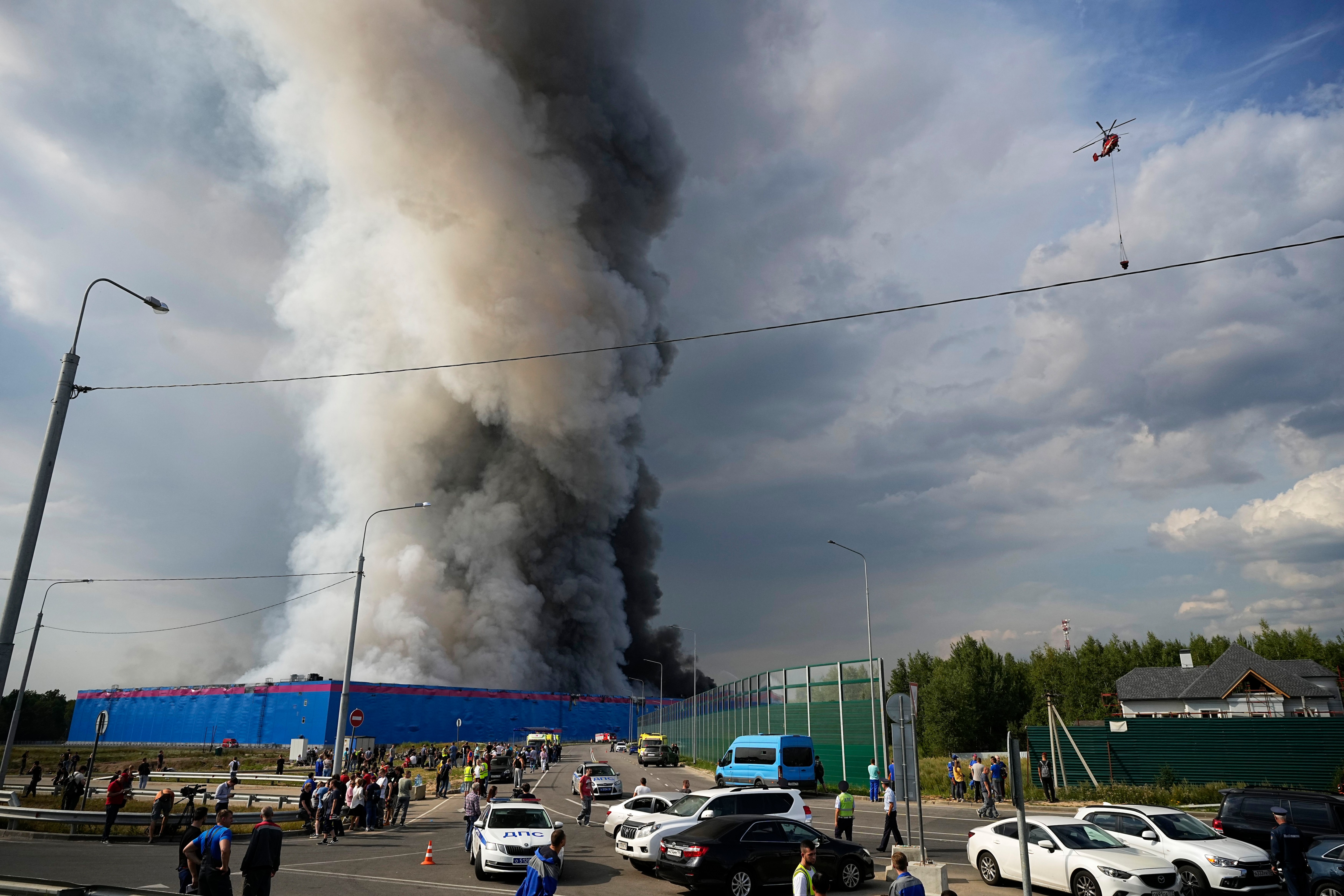 A massive fire engulfed a warehouse outside Moscow on Wednesday, killing at least one person, injuring 13 others and leaving two missing, officials said.

The fire, at a warehouse belonging to Russia’s leading online retailer, Ozon, affected an area of 50,000 square meters (540,000 square feet).

Huge plumes of black smoke rose into the skies over the area near the town of Istra northwest of Moscow.

The authorities haven’t said what triggered the fire, but RIA-Novosti news agency reported that investigators were looking at arson as the most likely cause.

Golden Globes 2021: The Complete List of Nominees | Entertainment Weekly
Why are there so few homeless people in Western Europe?

Katori Hall on creating “P-Valley,” demystifying sex work and the art of filming a pole dance