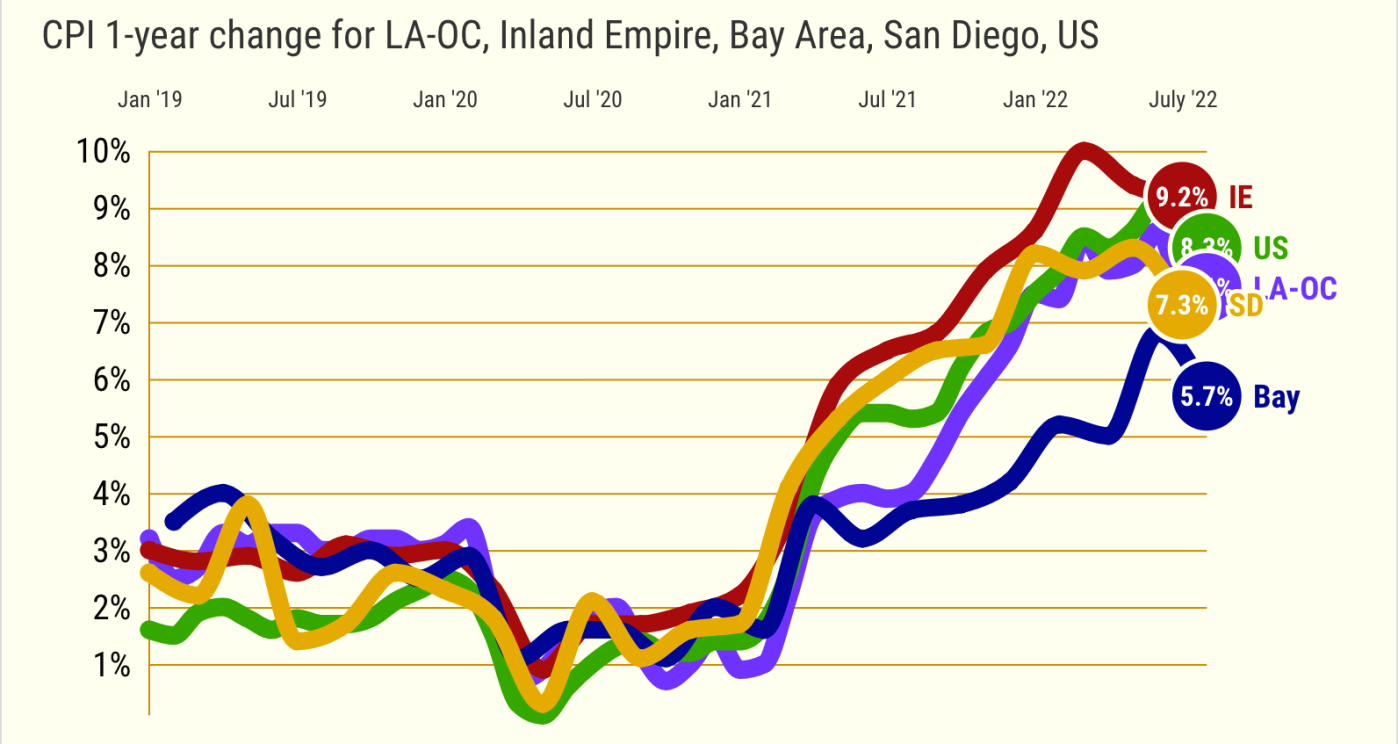 Buzz: One poll found 29% of Californians surveyed said inflation was “no hardship” to them or anyone in their household.

Yes, this is an age where few folks agree on much. And the poll does say most Californians feel financial hardships from the worst bout of inflation in 40 years.

But who could be so lucky — or so detached from reality — to claim no hardships from $5-a-gallon gasoline, hefty utility bills, $5-a-pound butter, or economy plane fares at business-class prices?

Well, surveys are by no means a perfect indicator of economic realities. For example, swings in consumer confidence polls seem a tad tainted by partisan views, not financial trends. It’s easier to say “I’ll be buying something” than actually making the purchase. And let’s face it, people aren’t alway truthful to pollsters.

Here are 36 reasons why California’s so darn expensive

The wealth factor also shows up in housing —  37% of California homeowners said inflation didn’t hurt vs. 20% of renters.

And ponder whether or not there are children in a home. Extra mouths can stretch a family budget, no matter the age of the offspring. The poll found 32% of those surveyed living kidless had no inflation woes vs. 21% for those folks with children at home.

Ponder geographical variances with 39% of the Bay Area claiming no inflation hardship as did 29% of Orange and San Diego counties. They’re the state’s wealthiest metro regions. Contrasts those results with 25% of the Inland Empire, 24% of Los Angeles and 22% of the Central Valley.

Then there’s age: 36% of the 55-plus crowd said they have no major headaches from inflation. That might surprise some people, considering many retirees live on inflation-sensitive fixed incomes. But that group is also the wealthiest demographic.

Or consider race with 46% of Asians — the state’s wealthiest ethnic slice — telling pollsters they weren’t hurt by inflation vs. 33% of Whites, 19% of Latinos, and 16% of Blacks.

And education? “No hardship” was said by 45% of respondents who are college grads, a group that generally draws the biggest paychecks. But the cost of living was no issue for only 25% of Californians with some college learnings and 18% of high school grads.

But I wonder if guys are simply dense about money. The poll says 32% of Californian men polled said they weren’t feeling inflation’s wrath vs. 26% of women.

This gap fits the income slant to this …read more