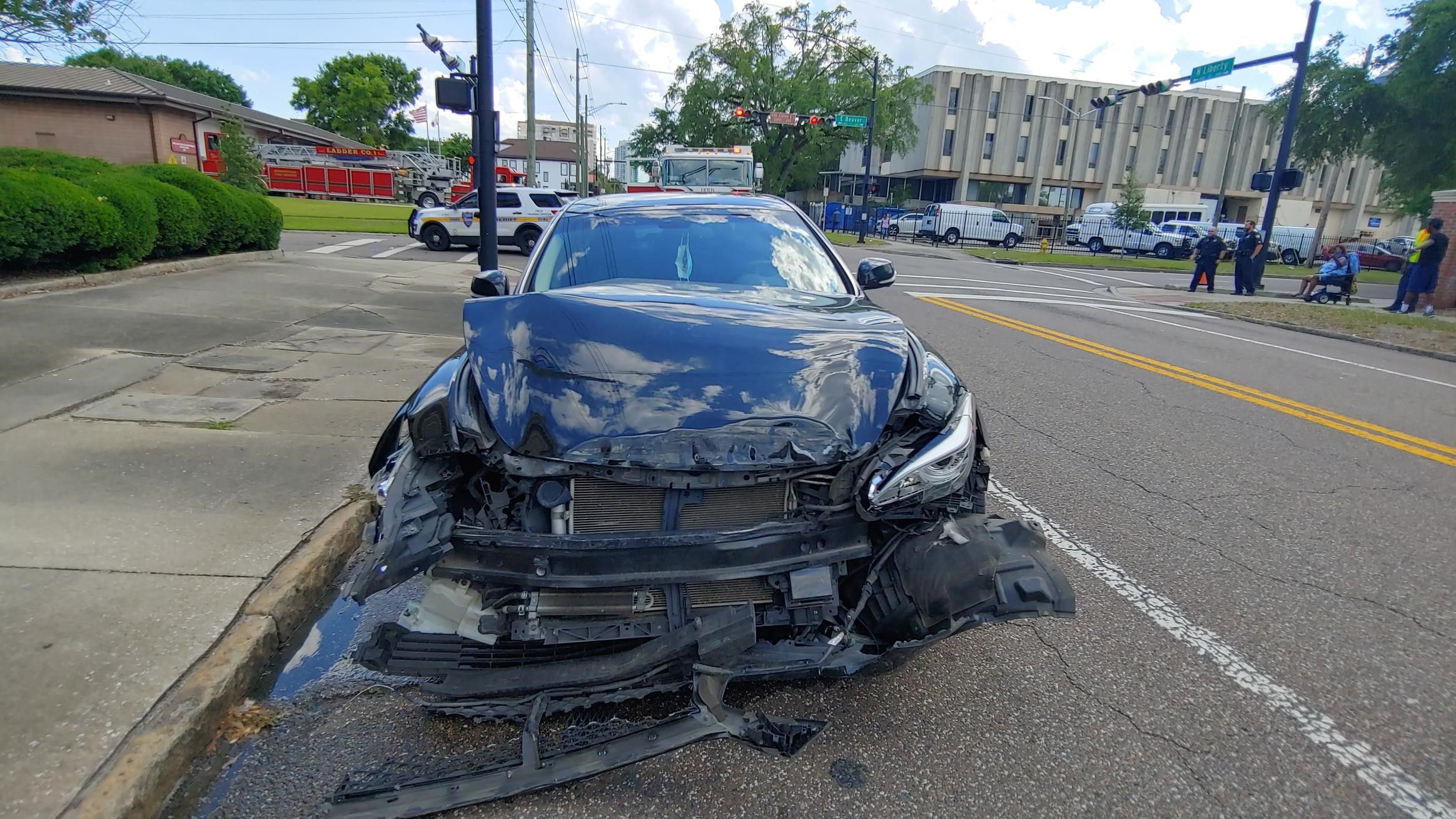 Three people were hospitalized Tuesday after one of them fled from police, sparking a pursuit that ended when that driver struck two other cars at a downtown intersection, according to the Jacksonville Sheriff’s Office.

Lt. Rich Buoye, commanding officer of the JSO Traffic Homicide Unit, said that around 3:50 p.m., a JSO sergeant in a marked patrol unit spotted what he believed was an accident near the former Jones College Arlington campus on Arlignton Expressway.

“A white Chevy looked like it spun out, there was smoke, hit a fence and another vehicle,” Buoye said.

As the sergeant arrived on scene, Buoye said, the white Chevrolet took off. Buoye said the sergeant, who had already activated his emergency lights, turn on his sirens, but the Chevrolet continued to flee, traveling over the Mathews Bridge and into the downtown area with speeds reaching 50 mph to 60 mph.

“From what I’m hearing, the Chevy was traveling and acting in a reckless manner prior to the sergeant’s intervention, therefore the pursuit was within policy,” Buoye said.

Buoye said the pursuit ended when the Chevrolet ran a red light at East Beaver and North Liberty streets and collided with an Infiniti and a Mercedes-Benz.

Buoye said the two women in the Mercedes suffered “very minor injuries” and were walking around and talking before they were transported to an area hospital. He said the man in the Infiniti was not injured.

According to Buoye, the Chevrolet was occupied by a man who was unconscious at the time the chase ended. He said that man was also transported, but he was not seriously injured.

Buoye also said the man will be charged.

“As of right now, we don’t know exactly why he fled, but we do know that he had caused and fled from two separate accidents in the Arlington area — and the second accident is what the JSO sergeant actually viewed,” Buoye said.

The investigation is ongoing.

Golden Globes 2021: The Complete List of Nominees | Entertainment Weekly
Liz Cheney's dilemma: Cast out by the Republicans — but hardly cut out to be a Democrat

Ask Amy: He told his new friend he loves her, and he doesn’t care that I’m hurt