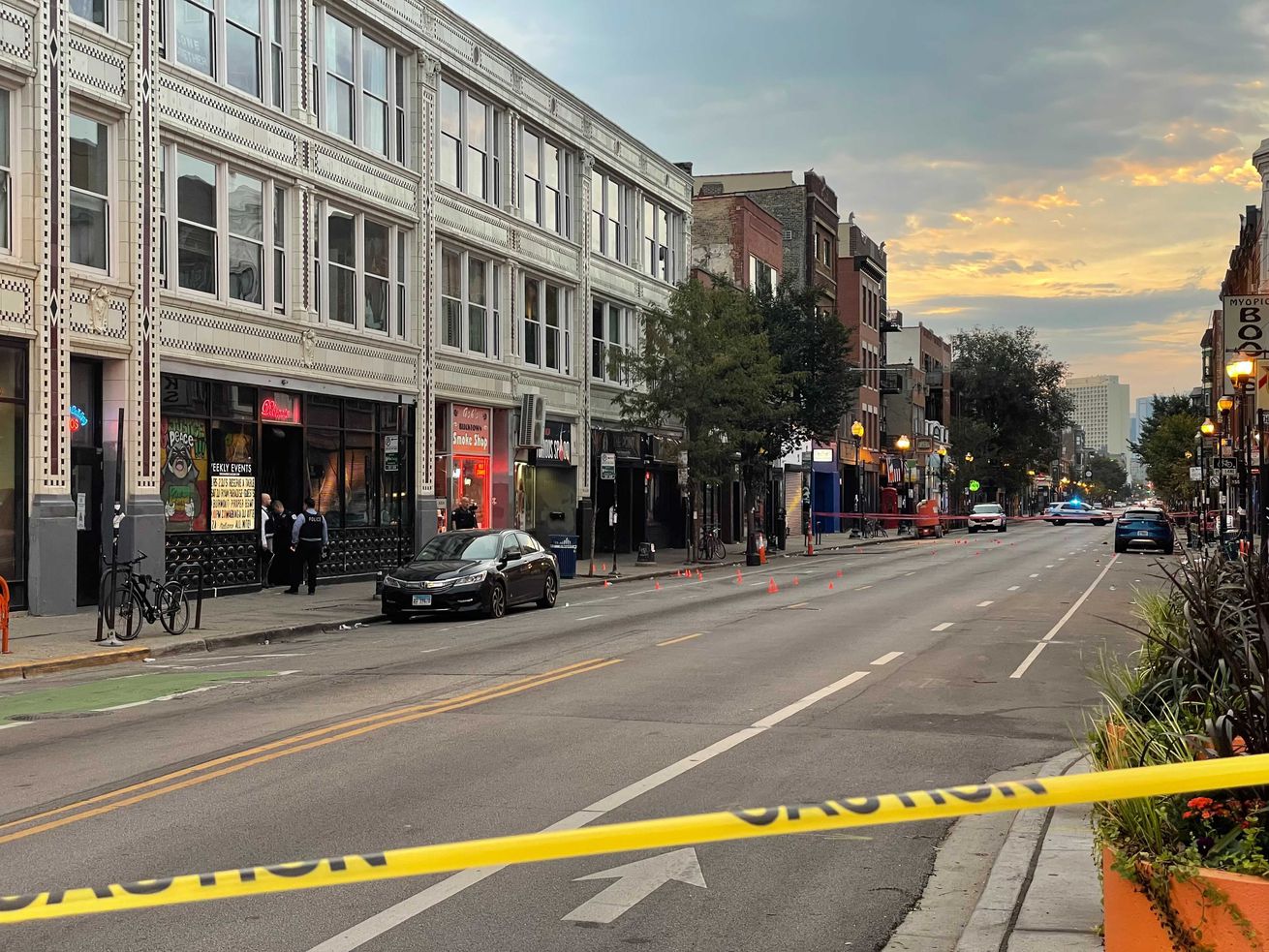 Two people were killed and 39 others wounded from Friday evening to Monday morning. | Sophie Sherry/Sun-Times

One person was killed and four others wounded in West Town Sunday morning.

Three people are dead and 39 others — including five teens — have been wounded in shootings in Chicago since Friday evening.

One person was killed and four others wounded in a drive-by Sunday morning in the West Town neighborhood. Gunfire erupted from a dark-colored vehicle about 3:40 a.m. in the 1500 block of North Milwaukee Avenue, striking five people, Chicago police said. A 32-year-old man was shot in the chest and taken to Stroger Hospital, where he died, police said. A 30-year-old an and four women in their 20s were stabilized at hospitals.
Sunday night, a man was shot to death in Little Village on the Southwest Side. Ruben Maravilla, 45, was on the sidewalk about 7:15 p.m. in the 2800 block of South Kildare Avenue when a vehicle pulled up, two people got out and fired shots, authorities said. He was hit in the torso and was transported to Mount Sinai Hospital, where he died, police said. He lived in southwest suburban Justice.
Another man was fatally shot in Fernwood Sunday night on the Far South Side. Police found the man unresponsive in an alley with gunshot wounds to the arm and abdomen about 11:10 p.m. in the 300 block of West 102nd Street, police said. He was taken to the University of Chicago Medical Center, where he died, police said. His name hasn’t been released.

Strike dodged with deal between film and TV crews, studios