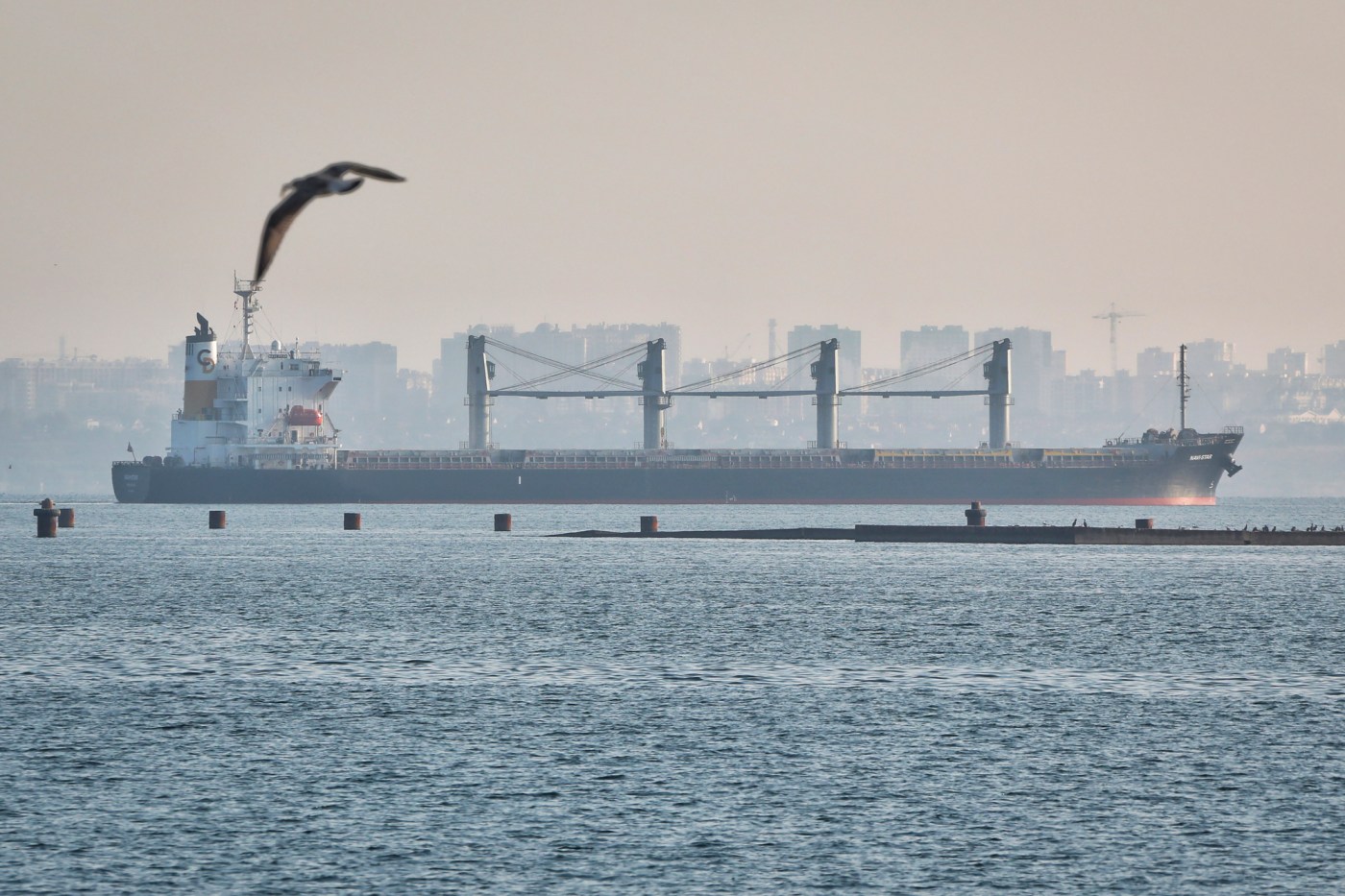 ISTANBUL — Three more ships carrying thousands of tons of corn left Ukrainian ports Friday and traveled mined waters toward inspection of their delayed cargo, a sign that an international deal to export grain held up since Russia invaded Ukraine was slowly progressing. But major hurdles lie ahead to get food to the countries that need it most.

The ships bound for Ireland, the United Kingdom and Turkey follow the first grain shipment to pass through the Black Sea since the start of the war. The passage of that vessel heading for Lebanon earlier this week was the first under the breakthrough deal brokered by Turkey and the United Nations with Russia and Ukraine.

The first vessels to leave are among more than a dozen bulk carriers and cargo ships loaded months ago but stuck in ports since Russia invaded in late February. While the resumed shipments have raised hopes of easing a global food crisis, much of the backed-up cargo is for animal feed, not for people to eat, experts say.

The Black Sea region is dubbed the world’s breadbasket, with Ukraine and Russia key global suppliers of wheat, corn, barley and sunflower oil that millions of impoverished people in Africa, the Middle East and parts of Asia rely on for survival.

However, the initial shipments are not expected to have a significant impact on the global price of corn, wheat and soybeans. For starters, the exports under the deal are off to a slow, cautious start due to the threat of explosive mines floating off Ukraine’s Black Sea coastline.

And while Ukraine is a major exporter of wheat to developing nations, there are other countries, such as the United States and Canada, with far greater production levels that can affect global wheat prices. And they face the threat of drought.

“Ukraine is about 10% of the international trade in wheat, but in terms of production it is not even 5%,” said David Laborde, an expert on agriculture and trade at the International Food Policy Research Institute in Washington.

The three ships departing Friday were accompanied by Ukrainian pilot ships for safe passage because of explosive mines strewn in the Black Sea. The vessels set out with over 58,000 tons of corn, but that is still a fraction of the 20 million tons of grains that Ukraine says are trapped in the country’s silos and ports and that must be shipped out to make space for this year’s harvest.

Around 6 million tons of the trapped grain is wheat, but just half of that is for human consumption, Laborde said.

There is an expectation that Ukraine could produce 30% to 40% less grain over the next 12 months due to the war, though other estimates put that figure at 70%.

Grain prices peaked after Russia’s invasion, and while some have since come down to their pre-war levels, they are still higher than before the COVID-19 pandemic. Corn prices are 70% higher than at the end of February 2020, said Jonathan Haines, …read more

Harriette Cole: On the brink of divorce, I’ve had a change of heart