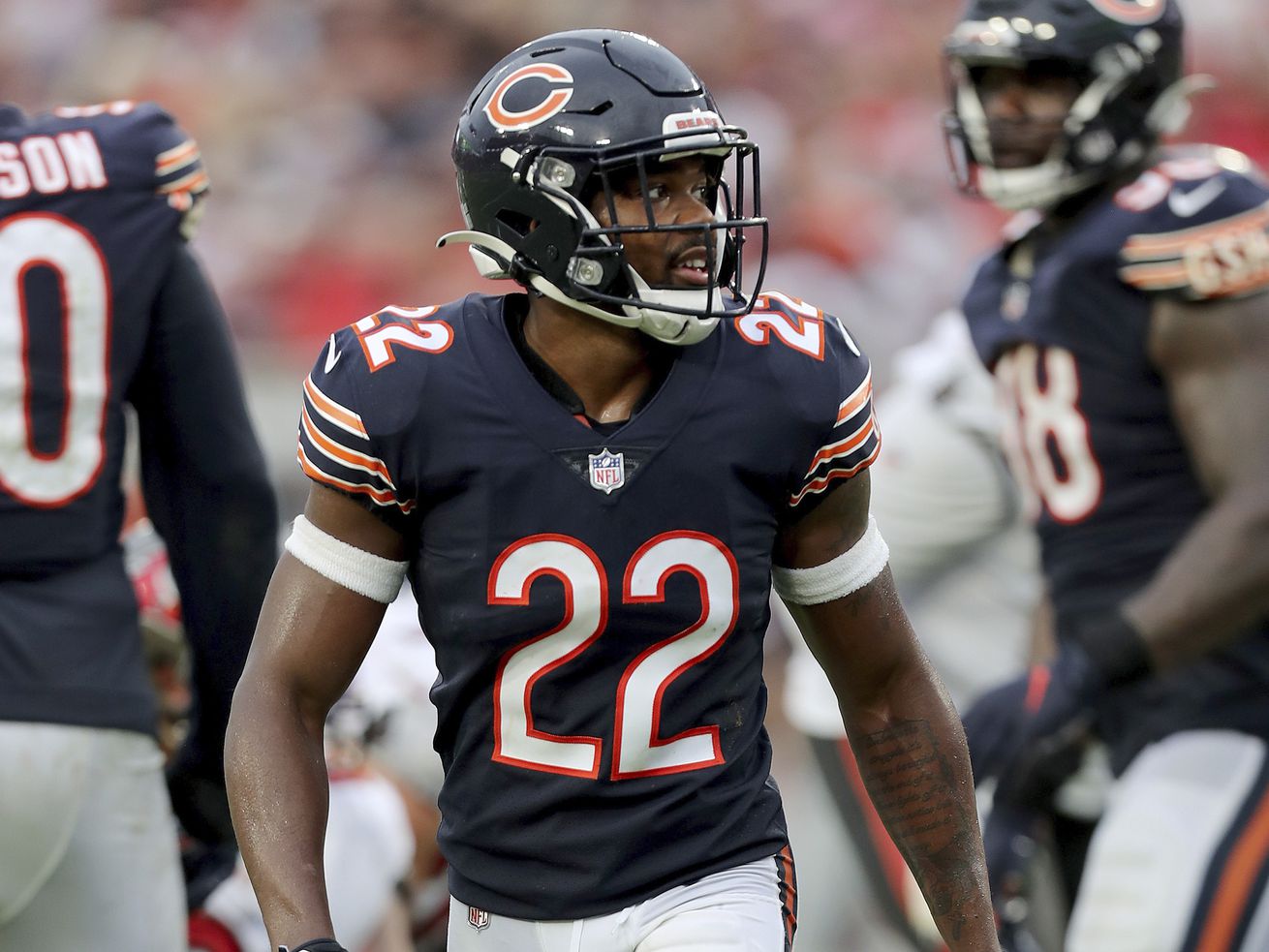 Vildor has struggled all season and had a costly lapse against the Ravens that cost him his starting job. | AP Photos

DETROIT — The Bears can take a breath after ending their five-game losing streak with a 16-14 win over the Lions on Thursday. Here are three takeaways from the victory:

Vildor benched for Burns
The Bears went into this season with just one proven cornerback, Jaylon Johnson, and were banking on Kindle Vildor stepping up as their No. 2. It hasn’t worked out, and they benched him in favor of Artie Burns.
Burns hadn’t played a snap on defense this season, but the Bears couldn’t keep clinging to Vildor. His lapse at the end of the Ravens game was the last straw, and for the season, opposing quarterbacks had completed 35 of 50 passes for 541 yards and five touchdowns for a 138.8 rating.
Burns promptly got beat by Josh Reynolds on the opening drive for a 39-yard touchdown—his first of the season—but had no other glaring mistakes the rest of the day.

Heavyweights looming
Barely getting out of Ford Field with a win against the 0-10-1 Lions didn’t inspire much confidence that the Bears can handle their next two opponents: the Cardinals and Packers. Those two teams are a combined 17-5, and the Cardinals come to Soldier Field next week with the No. 1 scoring offense and No. 4 scoring defense.

Close scrapes with Lions
Nagy is now 7-1 against the Lions, but six of those wins went down to the final play. His average margin of victory against them is 6.6 points.

Golden Globes 2021: The Complete List of Nominees | Entertainment Weekly
A guide for shopping local in Silicon Valley this holiday season

Pokémon GO: How to counter Registeel in Raids