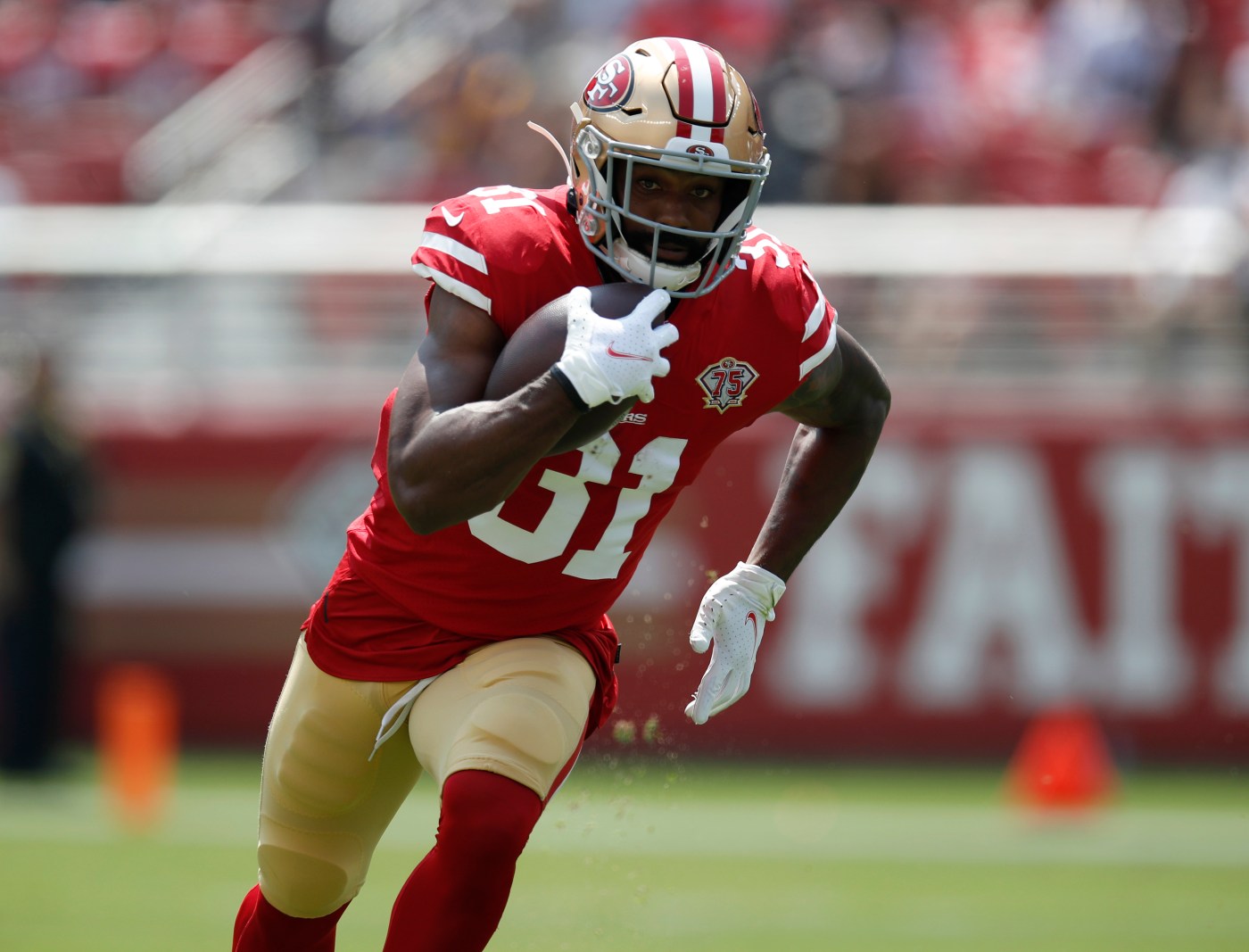 COLUMBUS, Ohio — The 49ers are in familiar territory, digging down their depth chart to replace injured starters.

“That’s part of football,” coach Kyle Shanahan said about the 49ers’ wicked injury history while on a Monday conference call with reporters. “I’m not going to sit here and be a therapist to everyone about it.”

Shanahan said so while sitting at The Greenbrier Resort in White Sulfur Springs, West Virginia, where the 49ers will stay this week and practice Wednesday through Friday, ahead of Sunday’s matchup of 1-0 teams at Philadelphia.

A year ago, the 49ers got to The Greenbrier after an injury-plagued win (over the New York Jets) that included a Mostert knee sprain. Sunday’s injury was more severe to him, as well as Verrett’s.

“We got out of the game mostly healthy; there were two unfortunate things,” Shanahan said of Verrett and Mostert’s injuries. “Fortunately, we’ll get Raheem back later this year, so we have to make sure guys hold down the fort while he’s gone.”

Intrigue surrounded that running back position even before kickoff, when rookie third-round pick Trey Sermon was deactivated for his potential debut. Shanahan reiterating Monday that Sermon fell behind Elijah Mitchell and JaMycal Hasty as the best backups behind Mostert, and the coach also noted Sermon battled injuries in camp, presumably referring to an ankle issue three weeks ago.

Shanahan said Sermon handled his benching “like a pro” and “now he’s up, regardless,” because of Mostert’s exit, which came after only four plays and two carries (20 yards). Jeff Wilson Jr., last year’s leading rusher, is out at least the next four games because of offseason meniscus surgery.

'Call Of Duty: Vangaurd' looks rough on Xbox due to awful graphical bugs

Verrett is expected to be joined by his wife and stay with the 49ers this week, as disappointed as he is to sustain another leg injury after finally overcoming that stalled his career from 2016-19.

“He was very upset. As you can imagine, Jason’s put his heart into this and been through it a ton,” Shanahan said. “He’s had a great career but everyone knows how much more is out there with how good of a player he is.

“He’ll persevere. It takes time. It’ll pass. But you’ve got to grieve it a little and I know he’s probably doing that right now, and we all are for him.”

Verrett is on his third consecutive one-year contract, and Shanahan sounds willing to re-sign him next year, adding that he’ll believe in him “until he doesn’t want to do it.”

Shanahan is glad the 49ers were “ahead of …read more

Things to do in Chicago for theater and dance fans