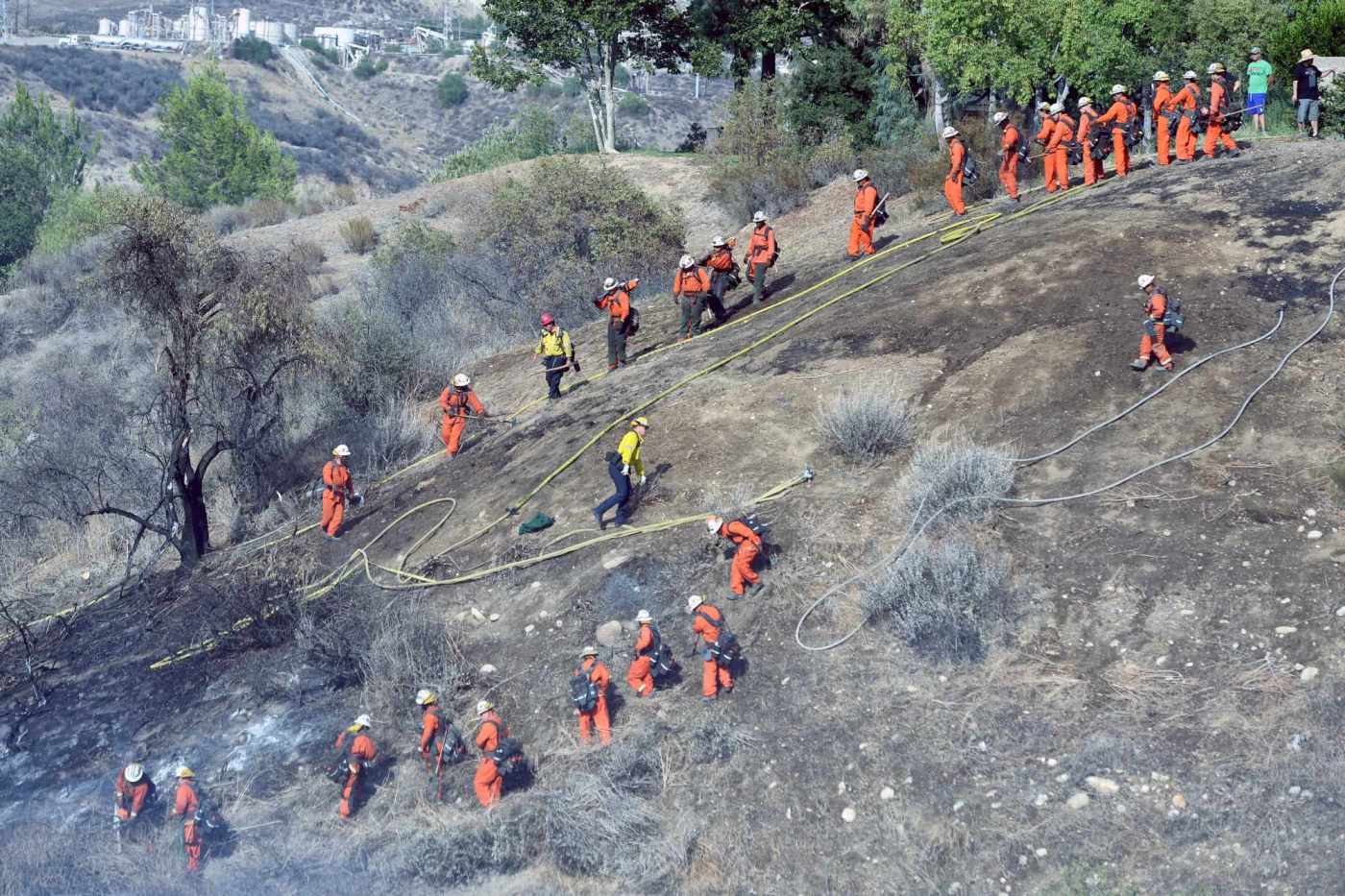 LOS ANGELES — More than half of Los Angeles County residents — about 5.7 million people — live in communities deemed “highly exposed” to severe climate impacts now and through 2050, according to a study released today by the county’s Chief Sustainability Office.

The 141-page document found that an estimated 56% of county residents are vulnerable to such present-day and projected changes in exposure by 2050. In addition, the report found that low-income neighborhoods and communities of color face “a disproportionate amount of climate vulnerability as well as limited capacity to withstand and weather future threats.”

Those communities represent nearly 17% of the county’s population, the report said.

Researchers highlighted 47 “communities of concern” that face the dual dangers of “an increased exposure to climate hazards and high susceptibility to negative impacts.”

Among those communities were East Los Angeles, South Gate, Bellflower, Long Beach, San Pedro, Santa Clarita, Reseda and Winnetka in the San Fernando Valley; and Montebello, the Westlake and Crenshaw districts; and North Lancaster, Hi Vista and Roosevelt in the Antelope Valley.

The report noted that the most severe climate impacts predicted by 2050 include:

— A doubling of the population highly vulnerable to extreme heat

Officials said the report will be used as a guide for future priorities under the county’s Sustainability Plan, including increasing the tree canopy in low-income urban areas and future infrastructure spending.

The state government has provided nearly $15 billion over the next three years to help California communities prepare for extreme weather and climate-related disasters, the county said.

“By identifying the people and places who stand to suffer the worst impacts of climate change, and highlighting the urgency of making our communities more resilient to climate change, it will spur real action among county departments, our many community partners and jurisdictions across the region,” County Board of Supervisors Chair Hilda Solis said.

Supervisor Holly Mitchell added: “This assessment highlights the urgent need to do all we can to lessen the impending harms caused by climate change that will disproportionately impact low-income communities and communities of color. We have an opportunity to apply the findings shared towards our strategies for proactively strengthening our infrastructure and protecting our most vulnerable neighborhoods and residents.”

Supervisor Sheila Kuehl called the report “deeply disturbing,” but said it “gives us an invaluable planning document with the analyses we need to act now to mitigate and avoid the possible negative impacts on our local …read more