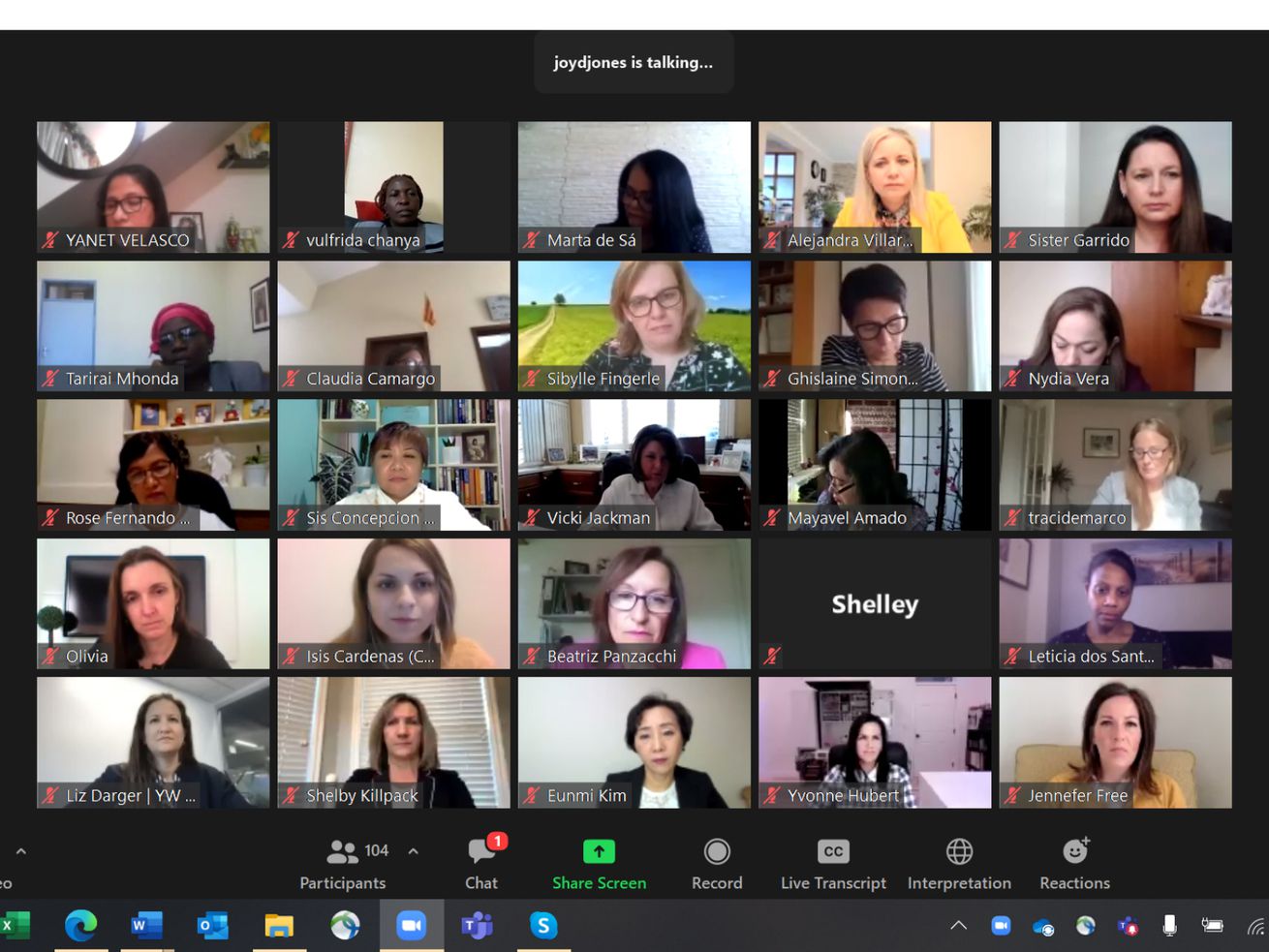 Screenshot of the first meeting for the new international area organization advisers of the Church. The virtual gathering was held on Wednesday, March 31, 2021. | The Church of Jesus Christ of Latter-day Saints

Less than a month after their new role was established, 50 women leaders in 10 areas on five continents have begun serving as international area organization advisers of The Church of Jesus Christ of Latter-day Saints.

“Sitting in my chair, watching each cherished face appear on screen as we gathered for a worldwide meeting — from Japan to Johannesburg, from Spain to Sao Paulo, and me right here in the United States — I couldn’t help by think back to the very first Relief Society meeting held by Emma Smith, Eliza R. Snow and their small group of faithful sisters,” President Cordon wrote in an April 5 Instagram post. “Look how far we have come!”

President Cordon believes Latter-day Saints will soon “recognize these area advisers as a vital voice for women, young women and children at all levels” and “part of the Lord’s work of gathering Israel!”

The First Presidency approved the new position of international area organization adviser as a way to help offer support, training and mentorship for local leadership living outside the United States and Canada.

These women will serve for three to five years under the direction of Area Presidencies, leaders positioned in regions worldwide to determine local needs.

These volunteer advisers will participate in councils within the areas where they live and virtual meetings will be held two to four times a year.

How not to spend that big government check

“Some of them are already participating in the area council,” said Jean B. Bingham, Relief Society general president.

The area organization advisers will also attend the women’s session of the church’s general conference in Salt Lake City in person at least once during their service.

Here are the locations by area, according to the church’s newsroom:

The Church of Jesus Christ of Latter-day Saints
…read more