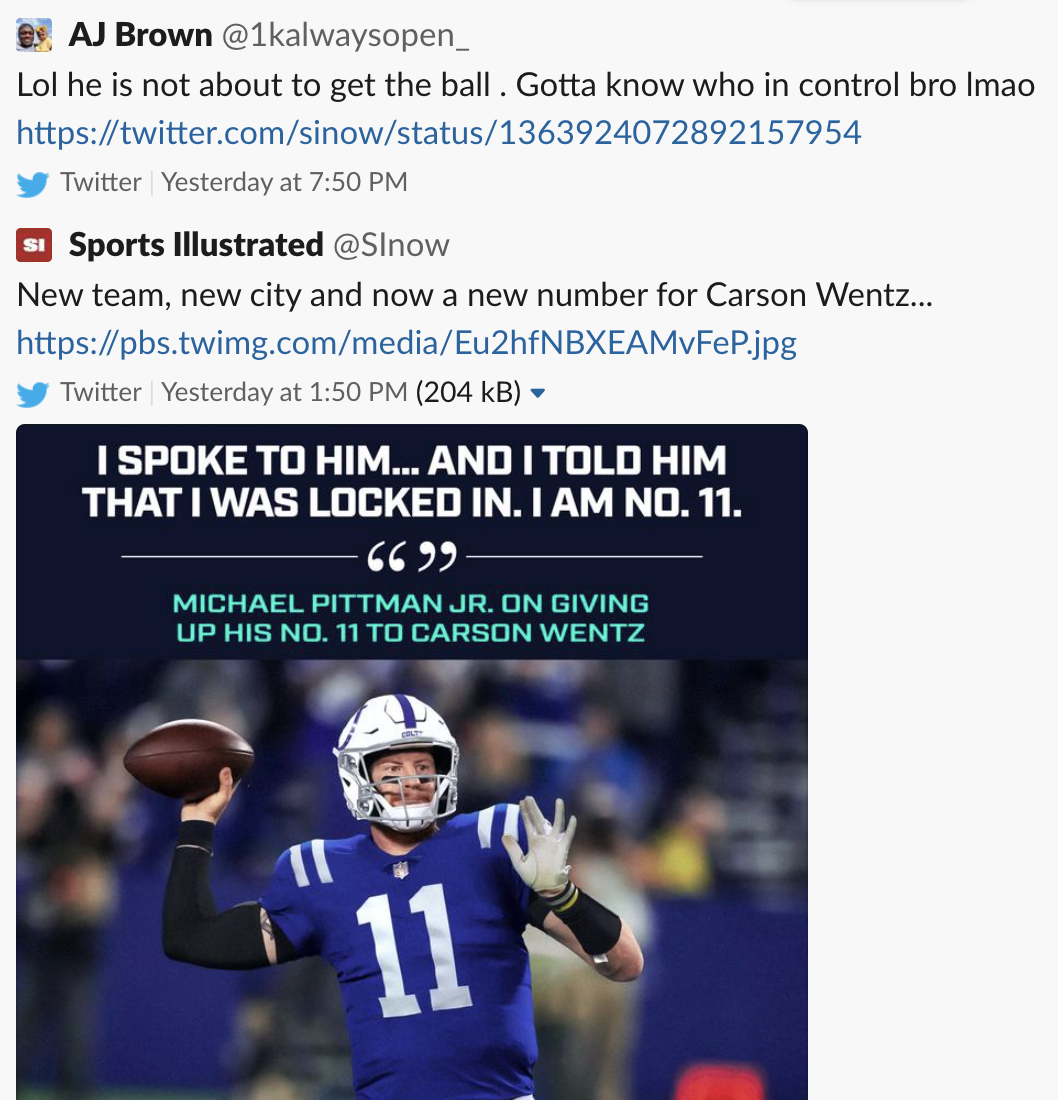 Tennessee Titans receiver A.J. Brown had a few words of wisdom for Michael Pittman. The Indianapolis Colts receiver decided he will keep No. 11 despite quarterback Carson Wentz asking for it after the team acquired him in a trade with the Philadelphia Eagles.

“Lol he is not about to get the ball . Gotta know who in control bro lmao,” Brown tweeted on Monday night before deleting the message.

Most teammates allow their new quarterback to have the jersey number of their choosing. If that means money has to exchange hands behind the scenes, then that’s what happens. But Pittman made it pretty clear in an interview with TMZ.

Even if Wentz is coming off one of the worst statistical seasons of his career — which has apparently damaged his street credibility — he is likely to be the Colts’ starter at the beginning of 2021 after Indy gave up a 2021 third-round pick and a conditional 2022 draft pick, which will be either a second- or first-round pick.

Wentz has the power to distribute the ball where he wants, as Brown pointed out. Pittman probably would’ve been wise to take some money and give the No. 11 jersey to the quarterback. And perhaps with all this attention on the topic, that’s what he’ll do. But, hey, maybe Wentz genuinely doesn’t care. Maybe he’s just happy to be out of Philadelphia, where he was reportedly unhappy.