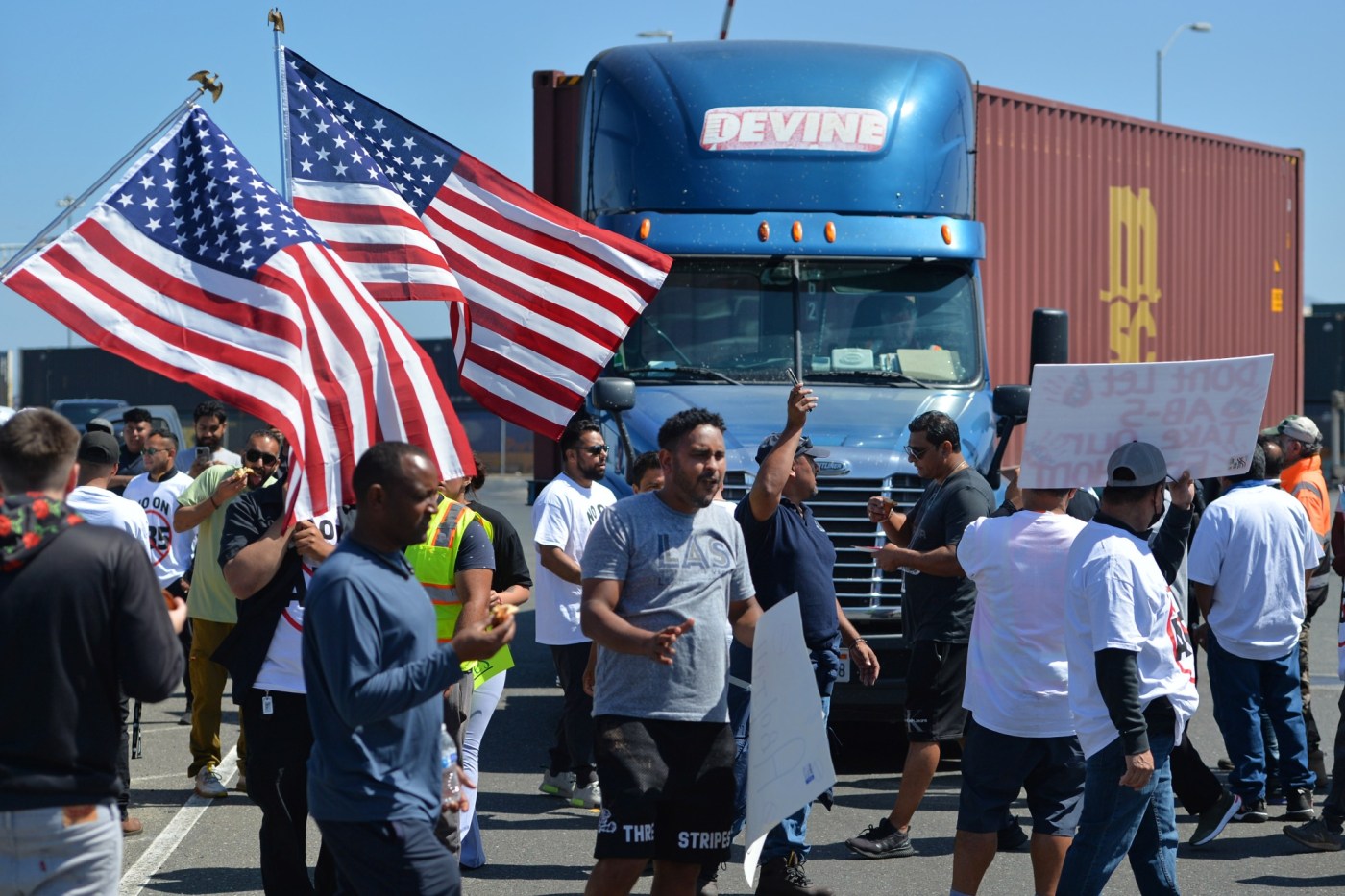 It’s not just Uber and Lyft drivers — and musicians and journalists — who are caught in the middle in the still ongoing fight over the anti-independent contractor legislation that is the crazily poorly conceived AB 5 in California.

It’s also independent truckers who want to continue to work as they long have without the strictures that state lawmakers, along with the governor, have imposed on them.

In recent weeks at the large Port of Oakland, self-employed truckers were forced into holding a multi-day blockade that, as our sister papers in Northern California reported, “put a choke hold on the port, delaying Central Valley agricultural exports at one of West Coast’s largest shipping hubs and sending jitters through global supply chains.”

Then, on Monday, the truckers, who are not backed by a union, largely returned to work as they faced the possibility of arrest for blockading the port and hoped to recoup days of lost income.

That means the huge agricultural bounty of our state in fruit, nuts and wine are again flowing through the port.

The self-employed truckers have no conflict with the port as such. What they are protesting against is lawmakers’ ridiculous demand that they change the way they work by becoming “employees” rather than maintaining their independence.

In their job action, they successfully held the cargo flow captive for days as they called on Gov. Gavin Newsom to amend AB 5, the labor law that would require about 70,000 truckers and other independent contractors to register as employees.

They don’t want to do so. Why can’t the governor and the Sacramento lawmakers who continue to pretend to believe in the fiction that the law they have passed is good for workers rather than merely good for powerful unions understand the damage that AB 5 has done to Californians?

As Eliyahu Kamisher of the Mercury News in San Jose reported, many truckers and freight companies say the law would upend an industry that relies on the labor of independent contractors who own their own vehicles, but major unions, which back AB 5, say trucking companies use the current system to deny truck drivers paid healthcare, vacation time and proper wages.

But the truckers themselves like their independence. If they don’t want to operate under the strictures of the misguided law, any more than independent musicians and journalists do, why should they be forced to?

The Oakland blockade ended without any concessions from key lawmakers and Newsom doubled down on his commitment to enforcing AB 5.

But the Port of Oakland has promised to act as a liaison between the independent trucking community and Sacramento. “The port will also establish a working group of truckers and port officials to review ‘concerns regarding implementation of AB 5,’ according to a letter from port leadership released last week,” the Mercury News reported.

“We are responsible citizens and it’s our responsibility to not break the supply chain,” Navdeep Gill, who owns …read more

Golden Globes 2021: The Complete List of Nominees | Entertainment Weekly
Dawn Staley took her talents to the American Cornhole League and she was so awesome

Ask Amy: The noises from next door are too much to bear

We must use every legislative tool to defend abortion rights