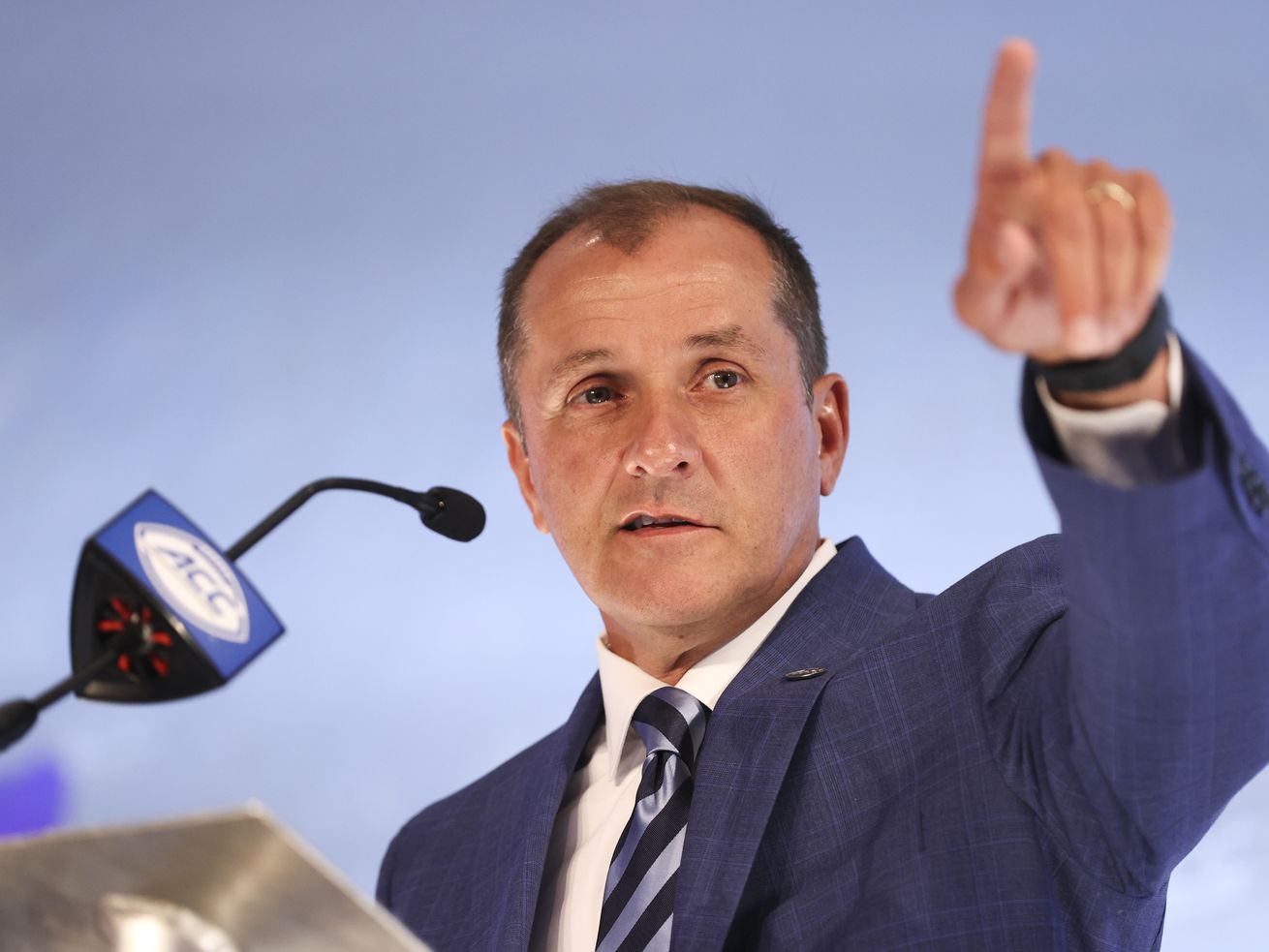 Atlantic Coast Conference commissioner Jim Phillips said he would like Notre Dame to become a full football member of the conference. | Nell Redmond/AP

Last season, Notre Dame played as a temporary member of the ACC due to COVID-19 rules and went undefeated during the regular season before losing to Clemson 34-10 in the ACC championship game.

CHARLOTTE, N.C. — New Atlantic Coast Conference Commissioner Jim Phillips made it clear he wants Notre Dame to join the conference as a full-time football member after what he described as a “beautiful and beneficial relationship” during an unusual 2020 season.

Phillips knows that remains largely up to Notre Dame.

Speaking at his first public forum at the ACC Kickoff media days, Phillips addressed the Notre Dame independence issue while Notre Dame’s logo was shown alongside the ACC’s 14 member schools on the backdrop behind the podium.

Last season, Notre Dame played as a temporary member of the ACC due to COVID-19 rules and went undefeated during the regular season before losing to Clemson 34-10 in the ACC championship game.

Notre Dame, an indepedent for years that nonetheless has five ACC teams on this year’s schedule, has given no indication it is interested in joining the ACC in football.

Analysis: USA Basketball team doesn’t have much time to fix its problems

North Carolina coach Mack Brown is tasked with replacing not one, but two of the nation’s top running backs from last season.

Javonte Williams rushed for 1,140 yards and scored 21 touchdowns while Michael Carter ran for 1,245 yards and had 11 TDs in 2020. Together they helped the Tar Heels set an NCAA record with 544 yards rushing in 62-26 rout of Miami. Both were NFL draft picks.

“He can run it up inside, tremendous hands, he knows what to do, but he also has the speed that when he gets it in space he has a chance to score,” Brown said of Chandler. “We got to find some other guys with him, but we think he has a chance to step up and be a special player for us.”

Bin there, done that: Cockatoos learn to lift trash lids