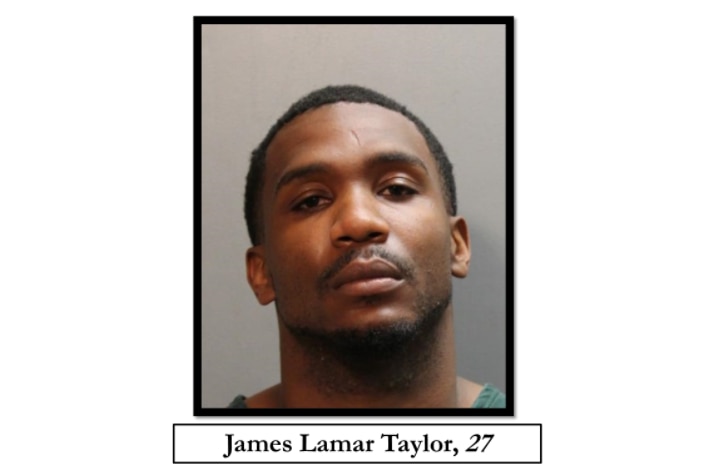 A man wielding a rifle opened fire on another man Monday afternoon at an undisclosed location on Arlington Road, killing him, according to the Jacksonville Sheriff’s Office.

James Taylor, 27, was identified as the accused shooter Tuesday. He’s been charged with murder and aggravated assault.

The scene was near a tire shop at the intersection of Groveland Drive, but Lt. Stronko, with the Sheriff’s Office, would not provide the exact location where the shooting occurred, citing Marsy’s Law.

Someone has been shot in a busy area near a tire shop in Arlington.

According to Stronko, as officers arrived on scene around 1:15 p.m., the gunman fired multiple rounds, striking the victim as well as a nearby business. Stronko said the shooter fled the scene on foot but that he was soon arrested without further incident.

Stronko said the two men may have known each other, but stressed that it was early in the investigation.

There were no outstanding suspects, Stronko said.