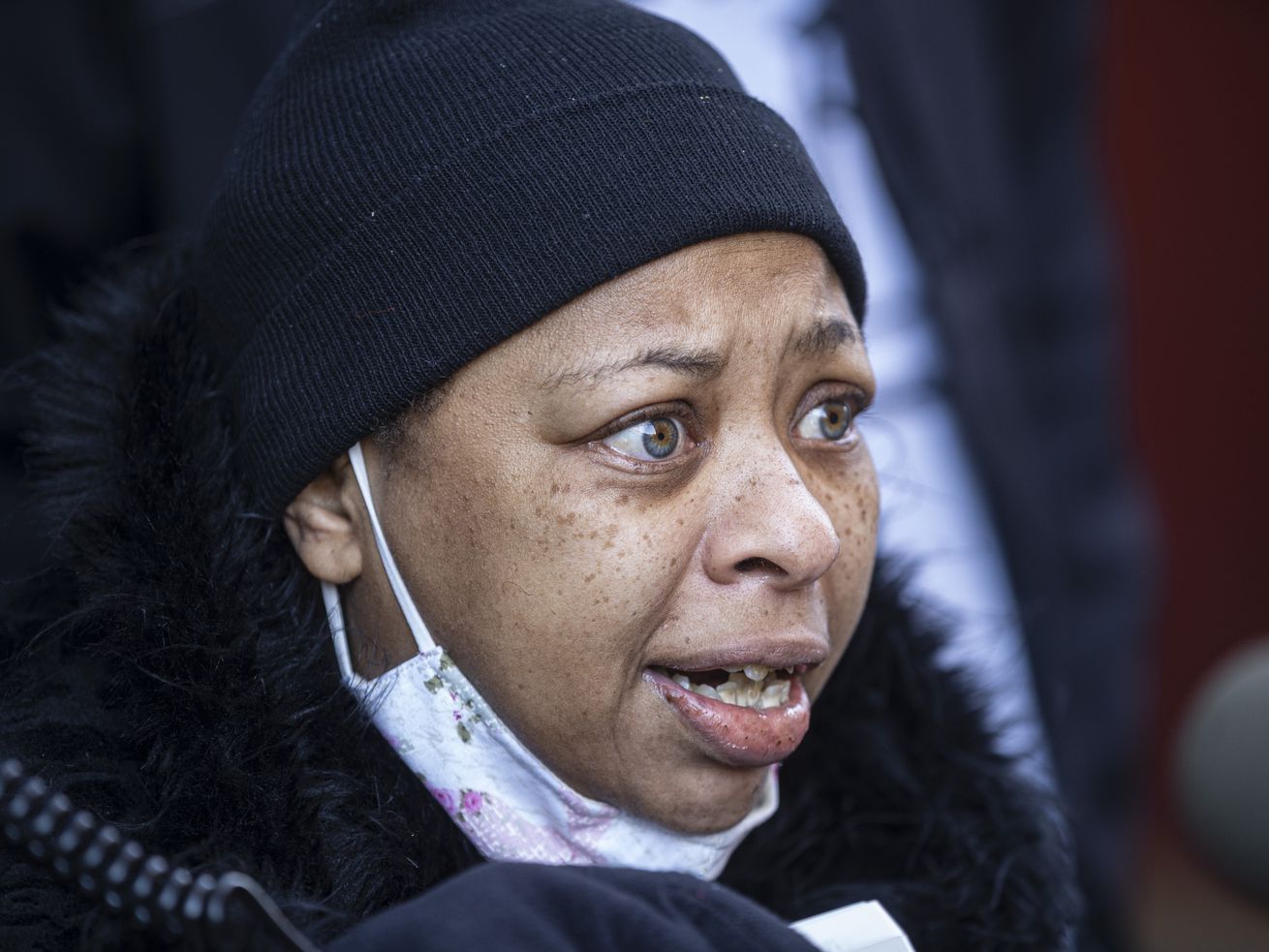 “Many people are one paycheck away from being homeless, this is horrifying…this is a fight for every Chicagoan to take seriously,” said Ald. Byron Sigcho-Lopez (25th).

A group of activists Tuesday called on city leaders to immediately house all homeless people in Chicago.

The group, about 30 people from the Chicago Union of the Homeless, gathered outside the Chicago Housing Authority’s downtown headquarters to pressure public officials to find permanent housing for everyone who is living on the street.

“The people are not being helped fast enough,” said Adam Gottlieb, a leader with the group.

The CHA has more than 16,000 housing units, about 2,000 of which are vacant. Activists pointed to these as a good place to start.

“Let’s take care of each other, man. I’ve been living out here for four years in the cold. This is a cold city,” he said.

The city’s homeless problem has been exasperated by the coronavirus pandemic, activists said.

Ald. Byron Sigcho-Lopez (25th) said it was shameful that people were left to fend for themselves and sometimes die on the street in cold weather.

“As a member of the Democratic Socialists of America, as a resident of Chicago, I find it unconscionable and immoral that the city of Chicago allows people to die in the cold,” he said.

“It is unacceptable,” Sigcho-Lopez said of the city’s priorities manifested through spending. “Many people are one paycheck away from being homeless, this is horrifying…this is a fight for every Chicagoan to take seriously.”