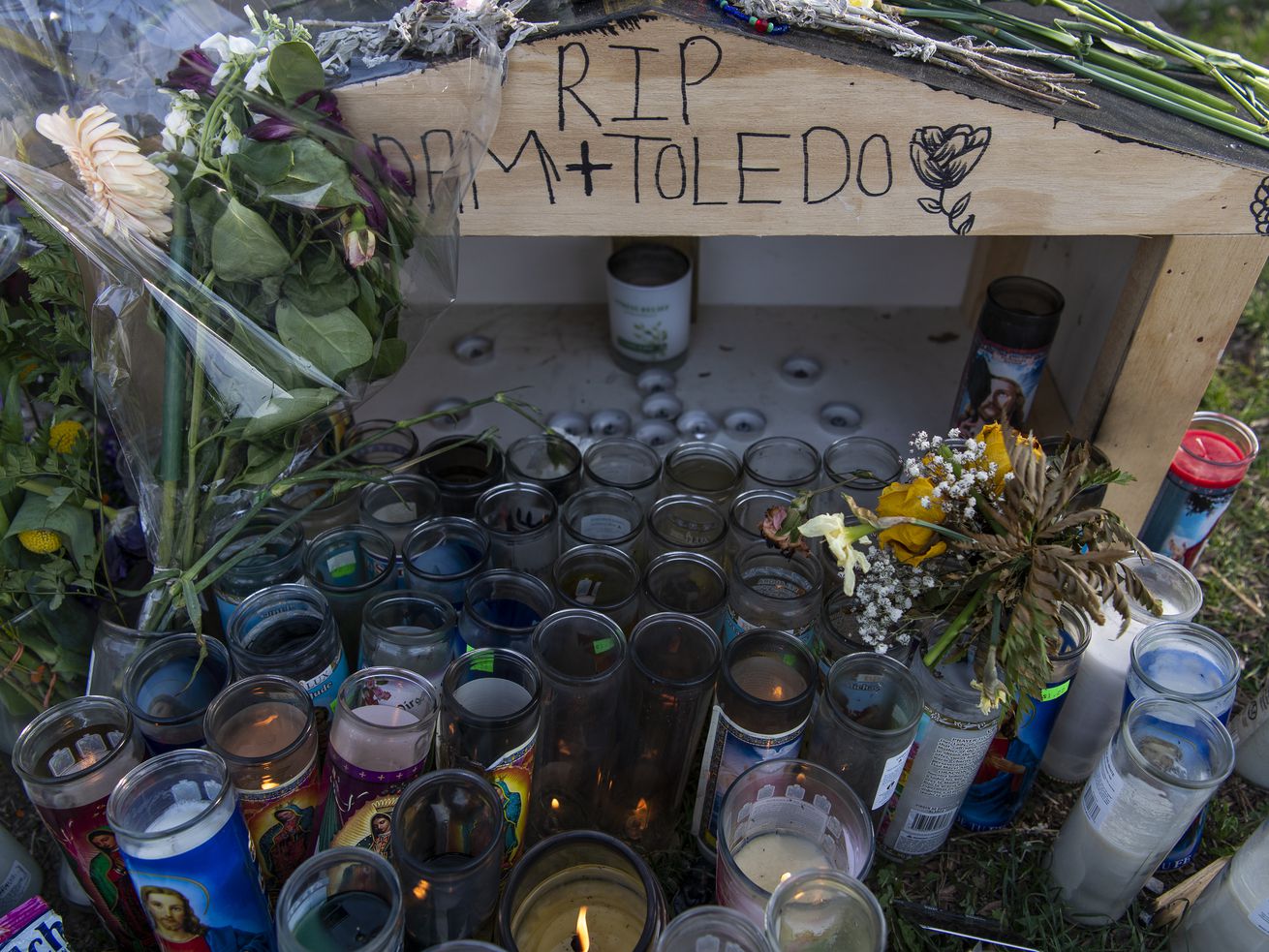 A memorial sits at the mouth of the alleyway where Adam Toledo was shot and killed by Chicago police near 24th Street and Sawyer Avenue in the Little Village neighborhood. | Tyler LaRiviere/Sun-Times

The family’s attorney also issued a statement saying the teen’s funeral will be “private and closed to the public and the media. … As this painful process continues, the family asks that members of the media please respect their privacy.”

Nearly two weeks after 13-year-old Adam Toledo was shot and killed by a Chicago police officer, his family is still waiting to view body camera video of the incident.

Through their attorneys, Adam’s family released a statement saying they still have no update from the Civilian Office of Police Accountability on when COPA will make that video footage from body-mounted cameras available.

In the statement, the family also tried to set some boundaries for Adam’s upcoming funeral.

“The family is preparing to lay Adam to rest. All services for Adam, including the wake, funeral, and burial, are private and closed to the public and the media,” Attorney Joel Hirschhorn said in the statement. “As this painful process continues, the family asks that members of the media please respect their privacy.”

COPA has not responded to repeated requests for comment on when the video will be made available to the family or the public.

Adam was shot and killed early on March 29 in the Little Village neighborhood after officers responded to a ShotSpotter alert about 2:35 a.m. and saw two males standing in an alley in the 2300 block of South Sawyer Avenue, police said.

Police say the person later identified as Adam ran from the scene and was shot in the chest by a police officer during what police an “armed confrontation.” They later released a photo of a weapon they said they recovered at the scene.

J&J Q&A: What you need to know about the Johnson & Johnson vaccine pause

The other person also ran from police but was apprehended. Ruben Roman Jr., 21, of Edgewater, was arrested and charged with a misdemeanor count of resisting arrest, police said.

Initially, COPA, which investigates all police shootings, had said state law prohibited the release since the shooting involved a minor, who has been identified as Adam Toledo. But it later said it was reviewing the law, after Mayor Lori Lightfoot, Police Supt. David Brown and others called for the release.

Provided
Elizabeth Toledo and son Adam are pictured in this family photo.