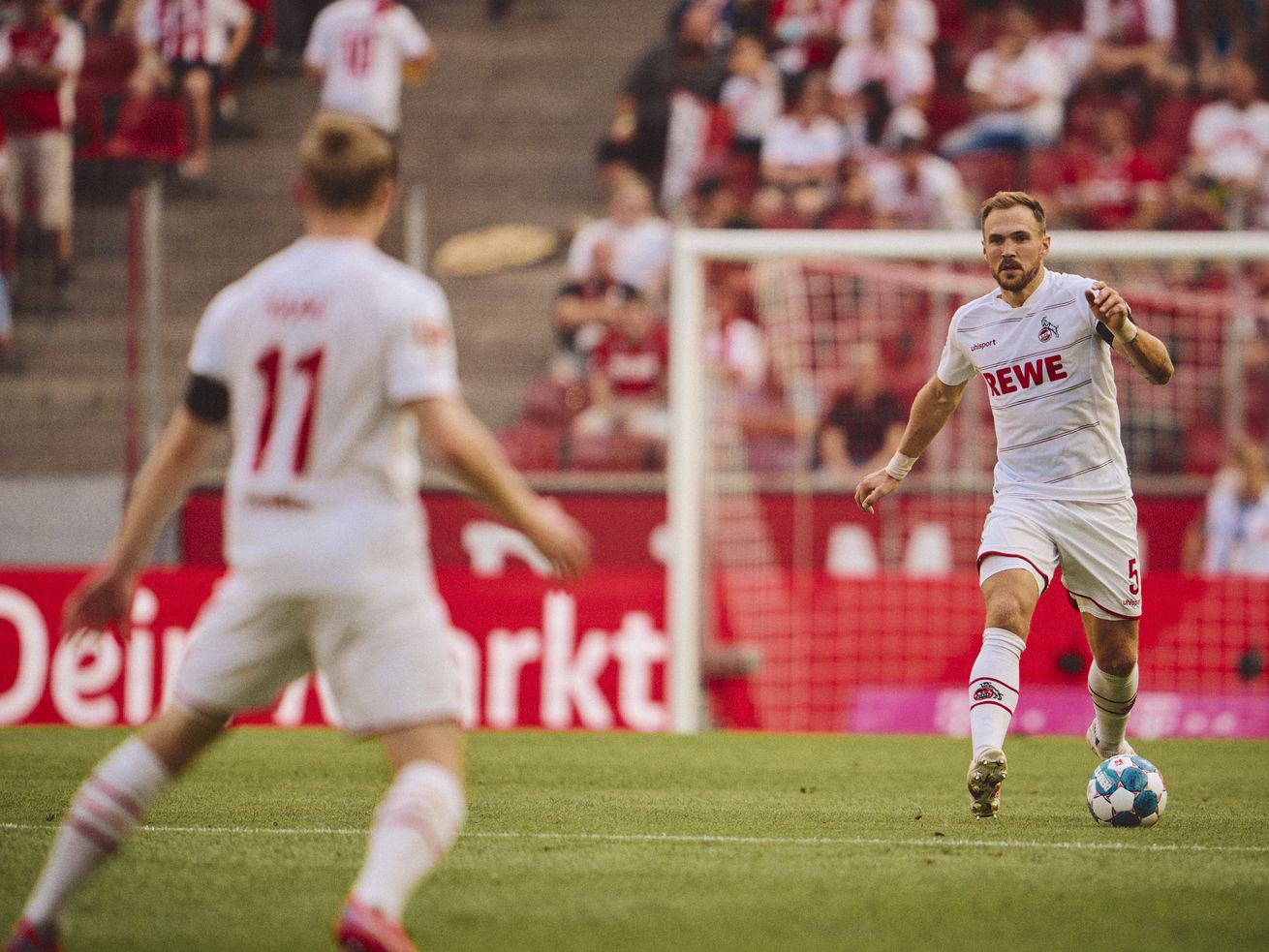 Rafael Czichos was a key part of FC Köln. | Courtesy of FC Köln, via the Fire

As happy as Czichos is to join the Fire, he did have to sacrifice something to make the move by leaving FC Köln.

New Fire defender Rafael Czichos is getting to live his dream of playing in Major League Soccer. But as happy as Czichos is to join the Fire, he did have to sacrifice something to make the move.

“I think the league is becoming better and better,” Czichos told the Sun-Times. “I love the country, I love the whole U.S. sport. It was always a goal for me to live in the States and now I can connect it with my job. I think it’s a really good opportunity for me. I’m really happy about it.”

Czichos, 31, was acquired from German Bundesliga club FC Köln on Jan. 2 and figures to take over the left center-back spot that was occupied last year by former Fire captain Francisco Calvo. Signed through the 2024 season, the Fire hope the left-footed Czichos will provide professionalism and leadership, and have the same steadying impact in Chicago that he had on his previous club.

Czichos, whose contract had been set to expire this summer, spent the last four years with Köln and helped them get back to the German top flight. Köln is currently in contention for a spot in European competition next season; so to switch to the Fire, Czichos had to leave a team that means something to him and is doing well in one of the world’s best leagues.

Czichos also said his family felt comfortable in Cologne, but they picked a “new experience” that would allow Czichos to get his wish to play in the U.S.

Staying through the rest of the Köln season and joining the Fire this summer, however, wasn’t an option. The Fire wanted Czichos in time for training camp, and he knows it’s easier to transition to the league in the winter instead of midseason.

“It was really hard [to leave Köln] because the last half-year was really fun,” Czichos said. “We were successful and the chemistry in the team was perfect [and] to work with the coaching staff was amazing. It was really difficult for me.”

It wasn’t easy for Köln, either, to let Czichos pursue another opportunity.

Though Czichos was one of the club’s leaders, team management didn’t want to stand between him and playing in MLS. After the transfer was announced, both Köln coach Steffen Baumgart and sporting director Jörg Jakobs praised Czichos.

Baumgart called Czichos a key player —which is borne out by his 16 starts and 17 appearances before departing — and described him as an “important point of contact for me on and off the pitch.”

“That’s why he was also one of the key figures in a sporting sense,” Baumgart said. “He is a straight-down-the-line, open guy with top character. You never like to see those types go. Rafa’s decision, to go down this path, …read more

Seattle Storm reportedly fined for tampering with Sue Bird, who was never going to play anywhere else

Aging aqueducts and earthquakes: Why millions in Utah could end up without water