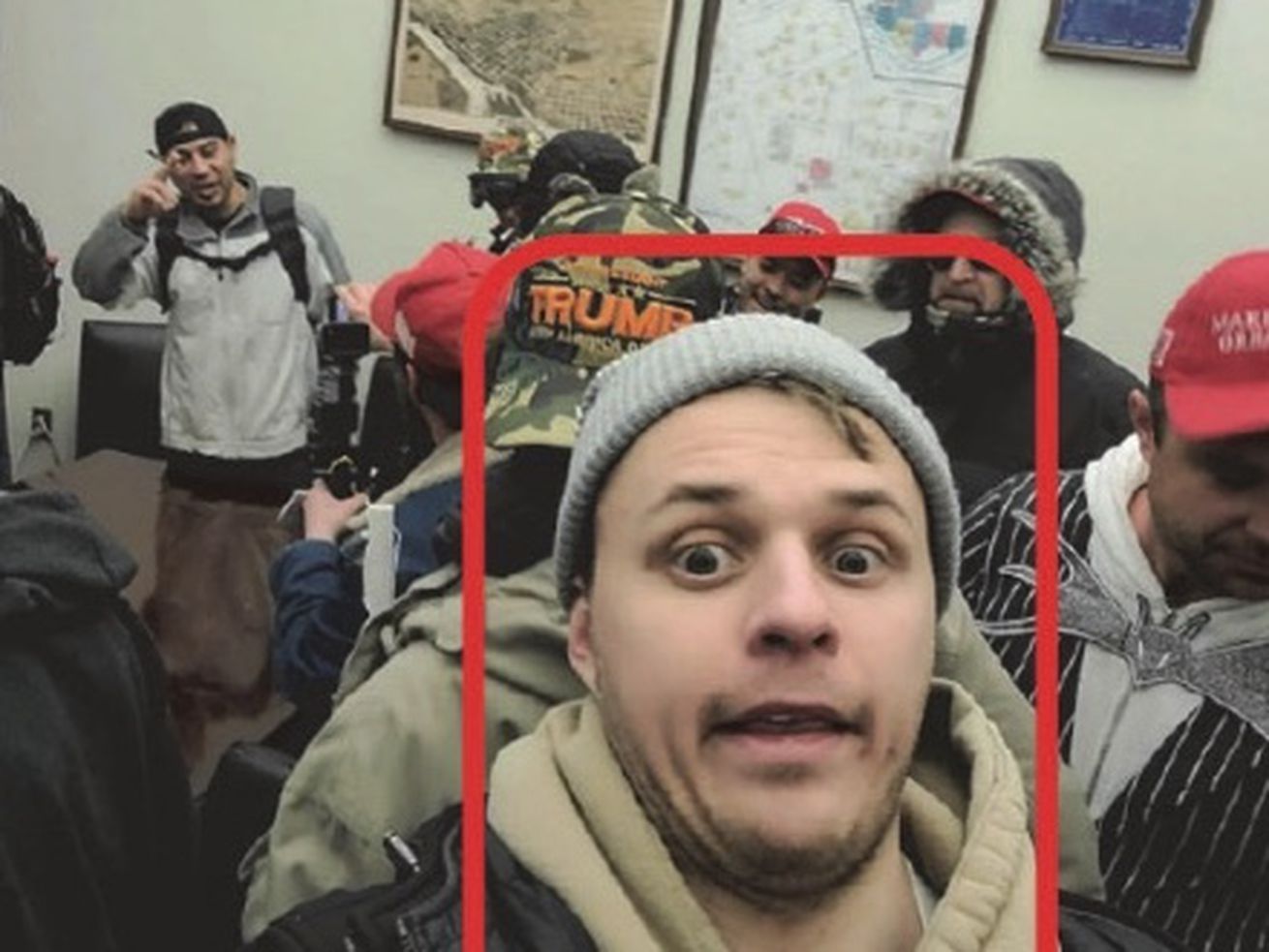 Federal authorities have arrested a Chicago police officer for his alleged role in the January breach of the U.S. Capitol that interrupted the Electoral College vote count and has led to a sprawling criminal investigation.

Karol J. Chwiesiuk is charged with five misdemeanor counts and appeared remotely before U.S. Judge Gabriel Fuentes in Chicago Friday, where he was given a $15,000 unsecured bond.

Fuentes further ordered Chwiesiuk to surrender his FOID card and not possess a weapon or keep weapons in his home while he awaits trial. He also cannot travel to Washington.

The criminal complaint filed against Chwiesiuk Friday alleges he used a racial slur in a text message and bragged about being inside the Capitol where he was seen wearing a CPD hoodie.

Three days before the riot, Chwiesiuk texted an associate, saying he was “busy planning how to f—- up commies” during a conversation about unsuccessful lawsuits that had been filed to dispute the results of President Joe Biden’s election, federal prosecutors said. He then allegedly traveled from Chicago to Washington and joined the mob that stormed the Capitol on Jan. 6.

In a text message on Jan. 6, he allegedly bragged that he “knocked out a commie last night.” Chwiesiuk also took photos of himself at the Capitol — including inside the building — while wearing a tan hoodie with a Chicago police logo on the breast, according to the complaint.

In another message, Chwiesiuk wrote “There’s so many blacks here I’m actually in disbelief” and in a message the following week about being inside the Capitol, he texted a racial slur, writing “N—- don’t snitch,” the complaint alleges.

A selfie Chwiesiuk sent in a text message during the riot appears to show him inside U.S. Sen. Jeff Merkley’s office. Chwiesiuk was also identified as being inside the Capitol in several other photographs.

Jon Seidel and Matthew Hendrickson have more on Chwiesiuk here.

A collective sense of relief, even joy, rippled through gyms, bars and restaurants, as the city opened up today, doing away with almost all COVID-19 restrictions. But the pain of the last 15 months is still present, Stefano Esposito reports.

After he was incarcerated nearly three years ago, Lee Anglin promised to repay the people from whom he’d stolen more than $10 million in a Ponzi scheme. But his latest money-making scheme has him going …read more

Dear Abby: How do I tell my parents our relationship isn’t normal?

Pandemic shows risk of obesity, and challenge of weight loss