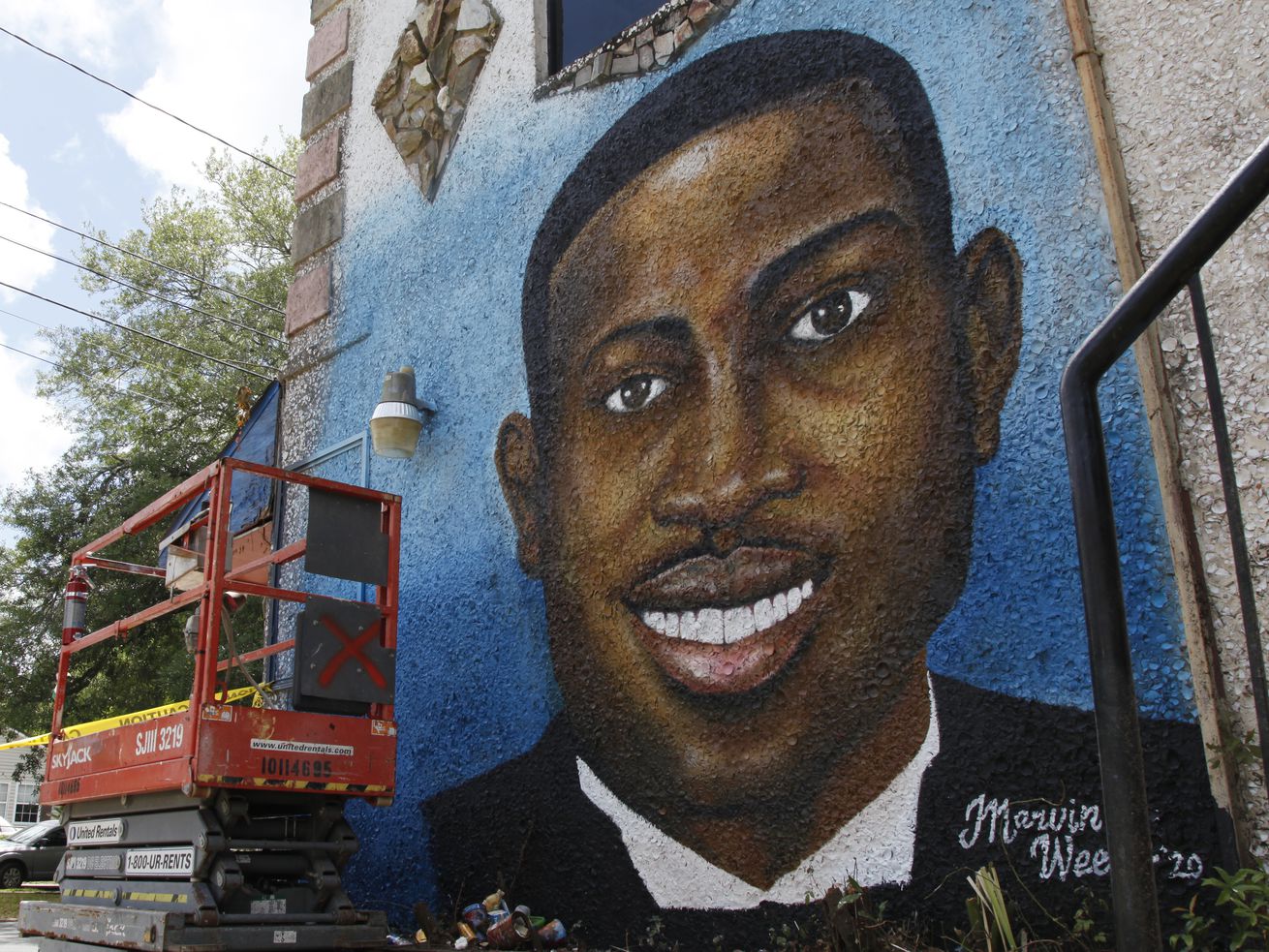 A painted mural of Ahmaud Arbery is displayed on May 17, 2020, in Brunswick, Ga. | Sarah Blake Morgan/AP

Jurors today convicted three white men charged in the death of Ahmaud Arbery, a Black man who was chased and fatally shot while running through their neighborhood in an attack that became part of the larger national reckoning on racial injustice.

The convictions for Greg McMichael, son Travis McMichael and neighbor William “Roddie” Bryan came after jurors deliberated for about 10 hours. The men face minimum sentences of life in prison. It is up to the judge to decide whether that comes with or without the possibility of parole.

Travis McMichael stood for the verdict, his lawyer’s arm around his shoulder. At one point, McMichael lowered his head to his chest. After the verdicts were read, as he stood to leave, he mouthed “love you” to his mother, who was in the courtroom.

Moments after the verdicts were announced, Arbery’s father, Marcus Arbery Sr., was seen crying and hugging supporters outside the courtroom.

“He didn’t do nothing,” the father said, “but run and dream.”

Arbery’s mother, Wanda Cooper-Jones, thanked the crowd gathered outside the courthouse and said she did not think she would see this day.

Registration for the largest family history conference in the world is now open. Here’s how you can register for RootsTech 2022

The McMichaels grabbed guns and jumped in a pickup truck to pursue the 25-year-old after seeing him running outside the Georgia port city of Brunswick in February 2020. Bryan joined the pursuit in his own pickup and recorded cellphone video of Travis McMichael fatally shooting Arbery.

Delisa Tucker, a mother, was shot to death early this morning near a memorial for her son Kevin Tinker, 14, who had been fatally shot on the same sidewalk just days before. As of this afternoon, no one was in custody and police would not say if they suspect the shootings are connected.

Workers from Amazon and other area facilities called for higher wages and better conditions, saying the warehouses are COVID-19 hotspots, with limited mask wearing in close quarters. They also said they receive little to no training while being charged with operating heavy, dangerous machinery.

Cardinal Blase Cupich and a crew of volunteers gave away more than 500 turkeys, along with winter clothes, diapers and …read more