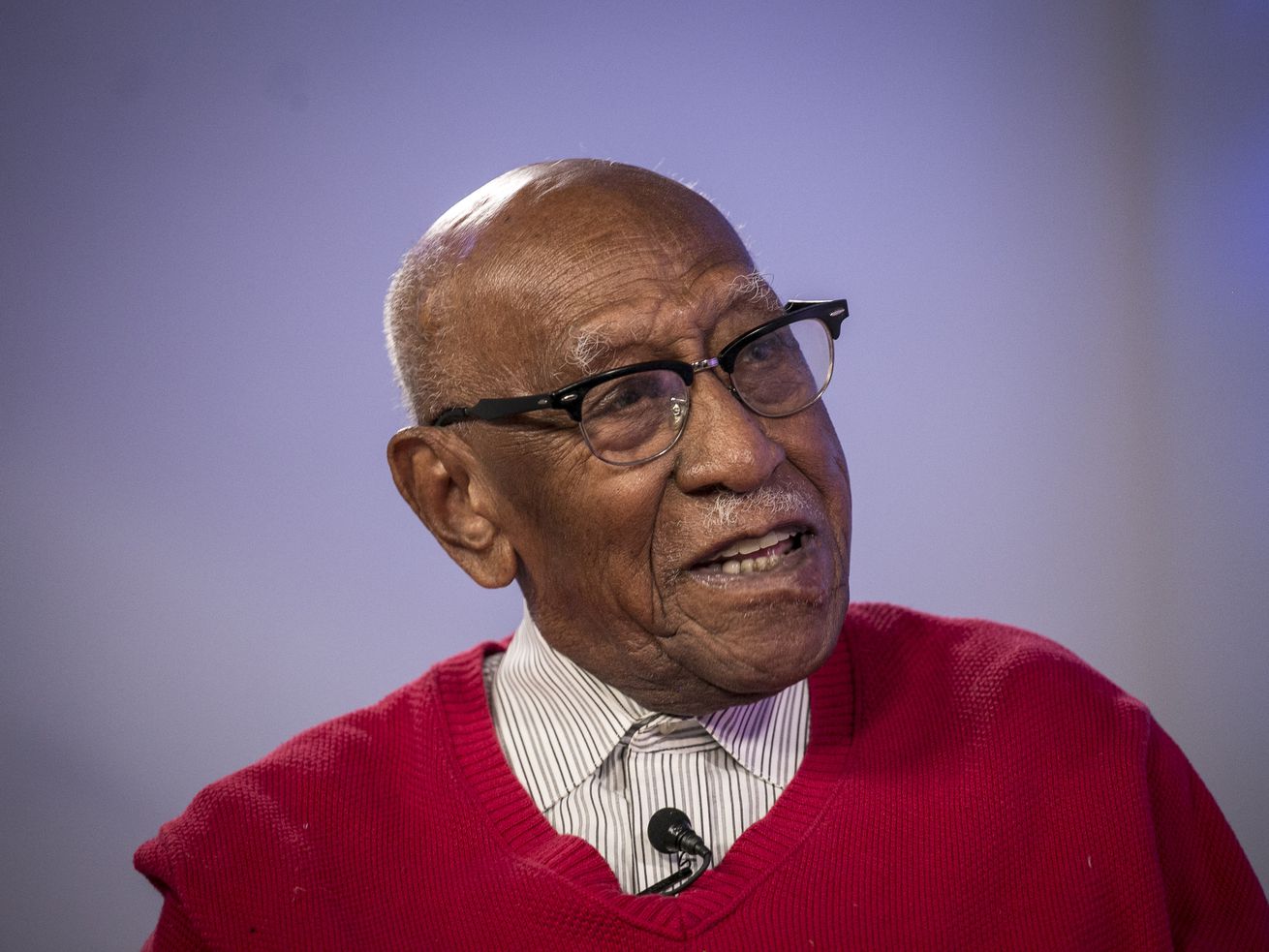 Timuel Black in 2018, when he was interviewed on his 100th birthday. | Rich Hein/Sun-Times file

Activist, educator, historian Timuel Black, the revered elder statesman and griot of Chicago’s Black community, was active in just about every major movement of any notable American era and spent the latter half of his life telling stories from our nation’s blueprint — in oral and literary form.

“I consider Dec. 7, 1918, a famous day in history,” the lifelong labor, political and civil rights activist said of his birth date as he reflected on his storied life at a celebration when he turned 100.

“I just can’t imagine life without him. He’s been so supportive and has been my protector, my confidante. I miss him already,” said Zenobia Johnson-Black, his wife of 40 years.

“Tim left his mark on this city, on his friends who knew him and on those who knew of him, and he would like for his legacy to be an inspiration to people who are trying to make this world a better place, because that’s all he tried to do,” his wife said.

The revered community leader and scholar was 102.

Maudlyne Ihejirika has more on the life and legacy of Timuel Black here.

A 14-year-old girl shot and seriously wounded at a Bronzeville high school is recovering today in an intensive care unit, where she thanked well-wishers and called on the shooter to turn himself in. The gunman was waiting outside Wendell Phillips Academy and opened fire as a security guard opened a door to let students out yesterday afternoon.

Chicago Police Supt. David Brown has moved to fire an officer who allegedly threatened a man and used a racial slur during an arrest in 2019, records show. At the time of the incident, the officer was already embroiled in a lawsuit accusing him of tackling and beating a 15-year-old boy in 2018.