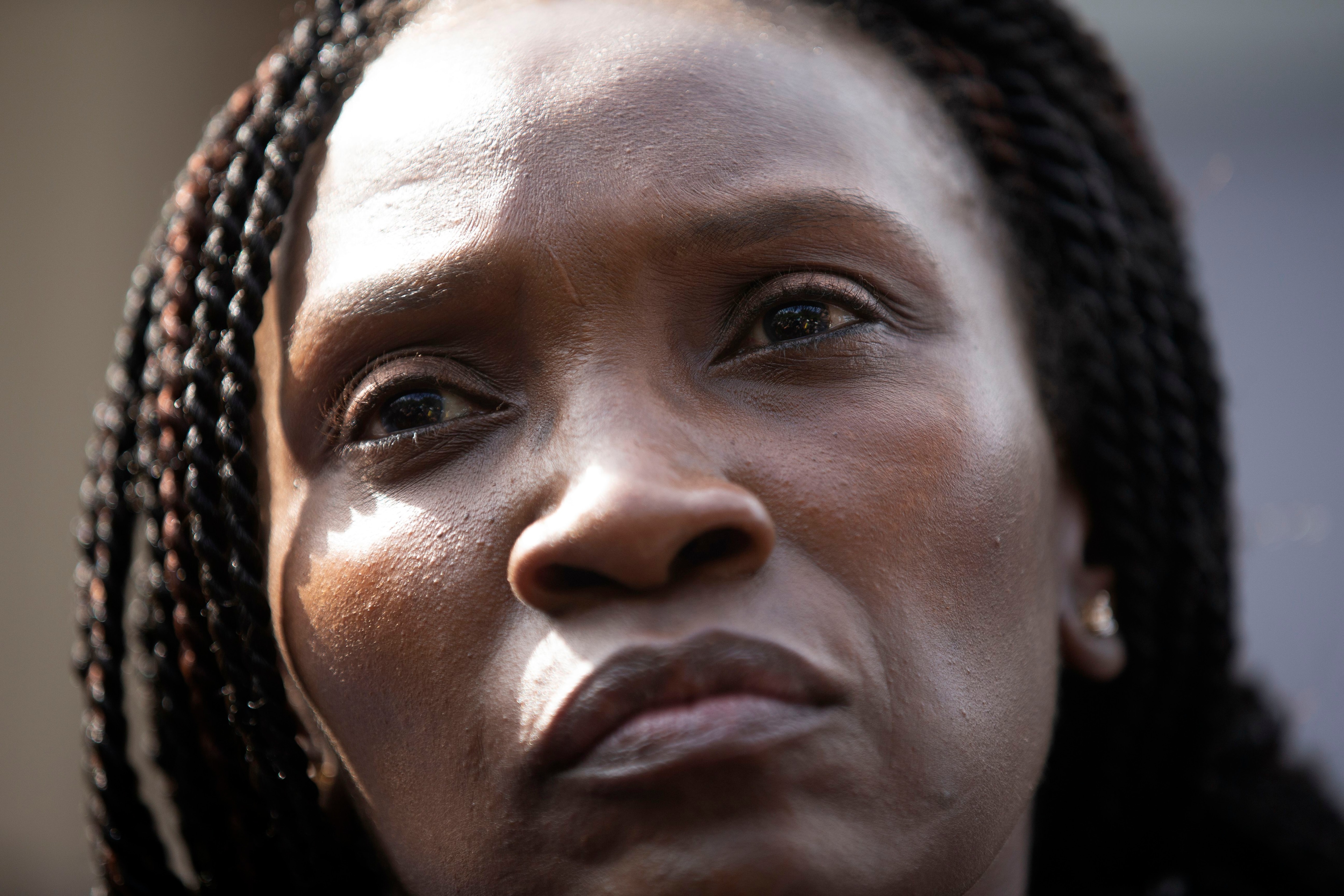 It’s been one year since Ahmaud Arbery was chased and fatally shot while running in a southeast Georgia neighborhood.

Arbery’s mother Wanda Jones has now filed a lawsuit against the Glynn County Police Department, her son’s accused killers and the first two prosecutors who were on the case.

A year after getting the phone call her son had been shot and killed, Jones told News4Jax she is still working to keep the promise she made to her son and herself.

“The day Ahmaud was laid to rest the last thing I said was I will find out what happened,” she said.

Jones is now much closer to the answers.

“It was unreal,” Jones said of what she saw in the video. “I mean, I never saw anybody, I never imagined that. These are the people put in our community, my community, to protect and serve. And you come out and you see a man lying dead in his own blood and I heard the female cop say ‘You did what you had to do.’ Wow, that really stuck with me. Like pretty much saying you killed him and that’s ok.”

Arbery’s family says he was out running in the Satilla Shores neighborhood when father and son Travis and Greg McMichael began chasing him through the neighborhood. Greg McMichael told police he thought Arbery was a burglary suspect.

In the 10 weeks after the shooting, the accused killers were not arrested.

The state prosecutor assigned to the case, George Barnhill, had written his death off as a “justifiable homicide” before recusing himself at Arbery’s mother’s request.

It wasn’t until a video of the shooting was released by a local radio station that the case gained national attention.

What many don’t realize is that at the beginning, when the GBI still hadn’t been called to investigate, Jones was advocating and researching on her own to make sure someone took a deeper look.

She says the video changed everything.

The Georgia Bureau of Investigation took over the case the day after the video came out and swiftly arrested the shooter, Travis McMichael; his father, Greg McMichael; and neighbor Roddie Bryan on murder charges.

Jones is now filing a lawsuit on her son’s behalf.

In it, Jones claims the Glynn County Police Department “authorized” the McMichaels and other Satilla Shores neighbors “to act as law enforcement” in a text message sent days before Arbery’s death.

The lawsuit also claims the state attorney who had jurisdiction over the case told detectives the day of the shooting “there was no need to arrest” the McMichaels, a claim former District Attorney Jackie Johnson has denied.

The suit also says before even being officially appointed to the case, prosecutor George Barnhill concluded, “the act was a justifiable homicide.”

“What was very uncomforting at first was when they were saying Ahmaud was a criminal. Ahmaud was a young man. There’s several times in life …read more

‘Mission: Impossible 7’ will now stream on Paramount+ after 45 days of theatrical release