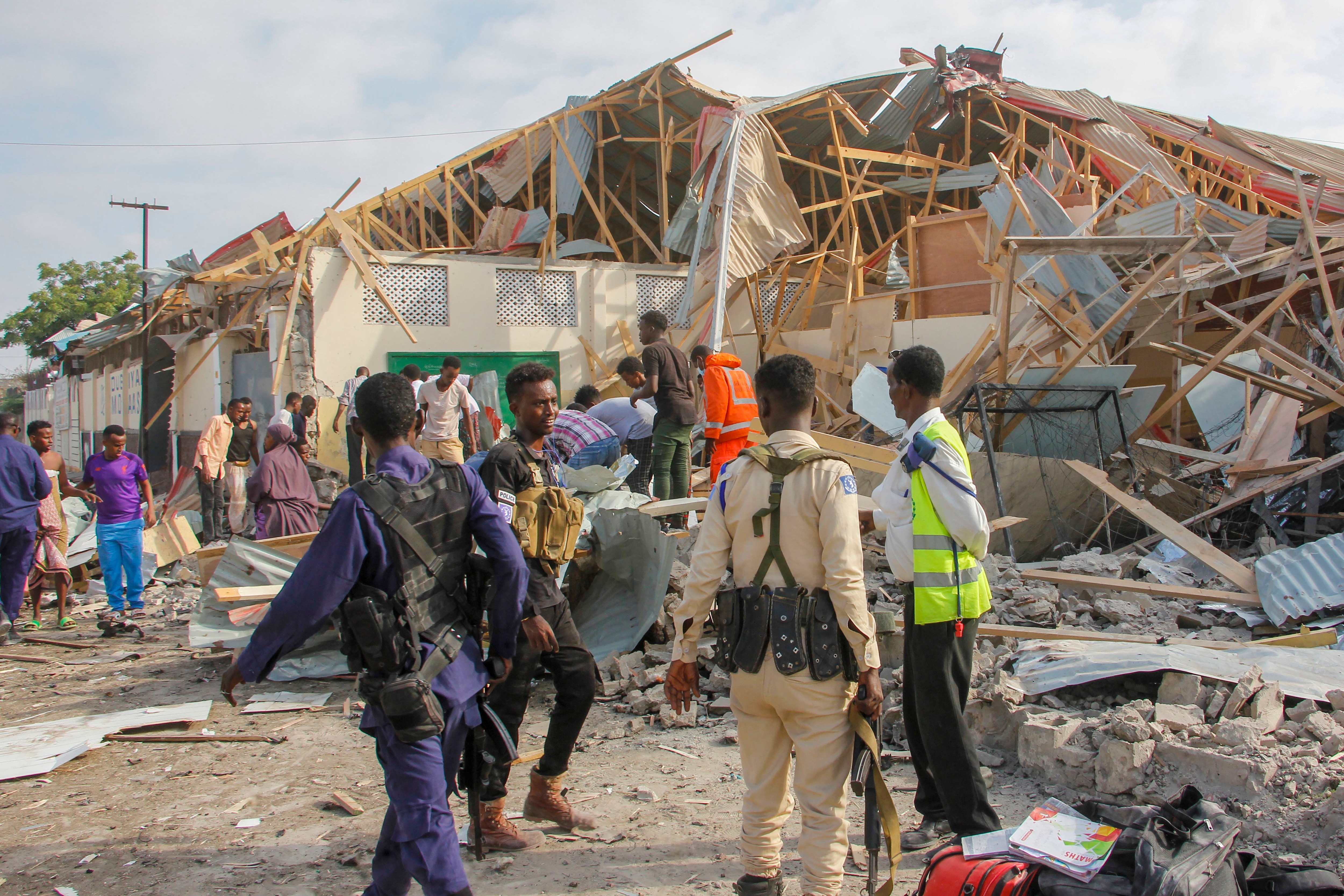 THIS IS A BREAKING NEWS UPDATE.

Witnesses say a large explosion has occurred in a busy part of Somalia’s capital during the morning rush hour, killing at least five people and wounding others. The extremist group Al-Shabab has claimed responsibility.

A plume of smoke was seen rising above Mogadishu on Thursday.

Abdulkadir Adan of the Amin ambulance service confirmed the five deaths to The Associated Press, and the service said at least 15 wounded people have been rushed to a hospital.

The blast occurred close to a school.

Al-Shabab in a statement carried by its Andalus radio said it targeted Western officials being escorted by the African Union peacekeeping convoy. But a witness, Hassan Ali, told the AP that a private security company was escorting the officials and said he saw four of the security personnel wounded.

The al-Qaida-linked group frequently targets the capital with attacks.