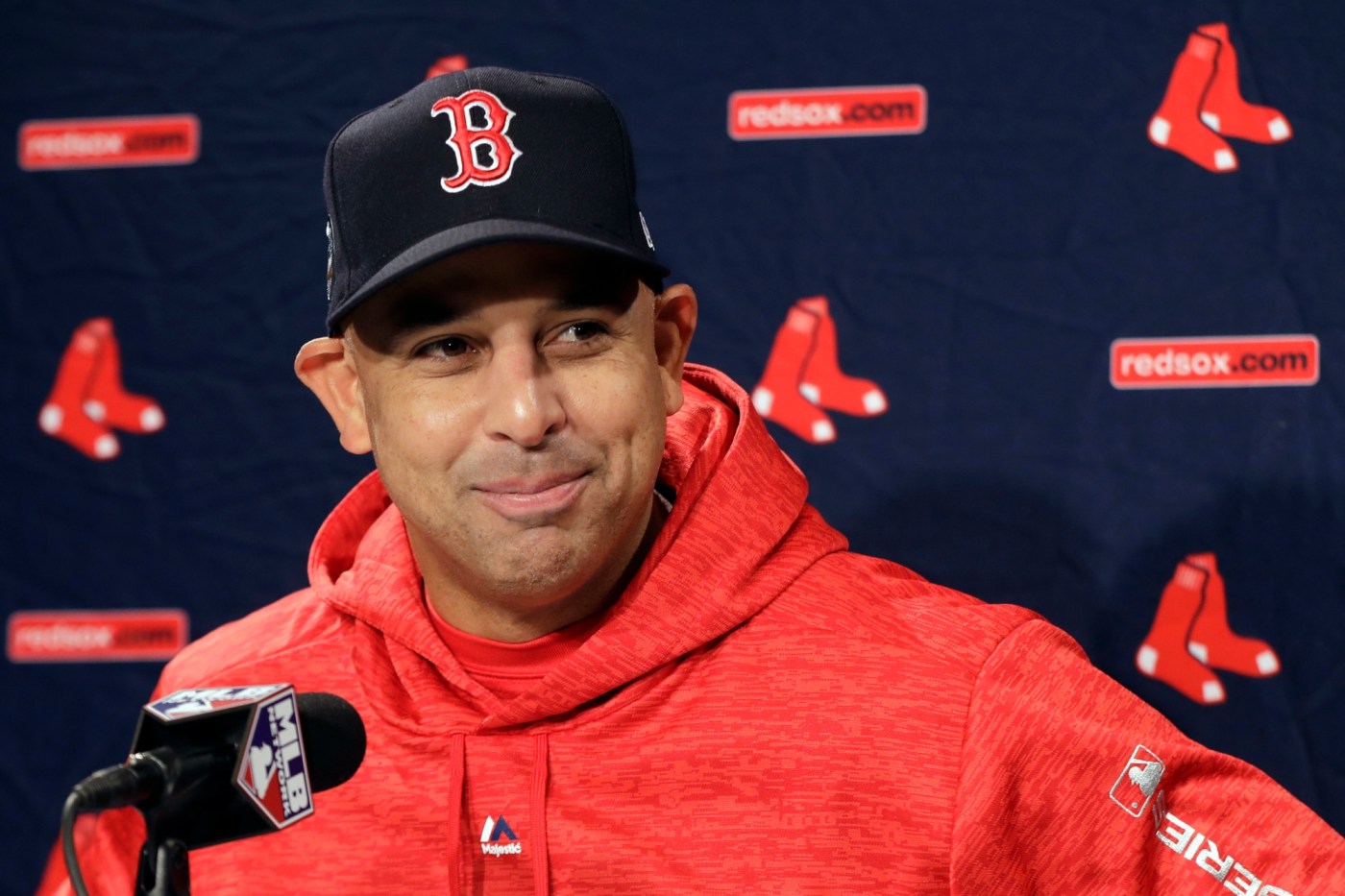 HOUSTON — Boston Red Sox manager Alex Cora was already counting on a rematch with his former team even before the Houston Astros advanced to their fifth consecutive American League Championship Series.

The Astros assured their place the next day, closing out the White Sox in Game 4 of their AL Division Series.

Now that this matchup is set and will begin Friday night, Cora, the former Houston bench coach, will look to take down the Astros in the ALCS for the second time in four years after beating them to a World Series title in 2018.

“I’m enjoying the groove,” Cora said. “I think honestly, as a team, we’re clicking at the right time … and it doesn’t matter how you get here, it just matters what you do from here on and we’re prepared for it.”

The red-hot Red Sox beat the Yankees in the wild-card game and earned a trip to Houston by upsetting the 100-win Rays, 3-1, in a wild division series, featuring a 13-inning win in Game 3 and a walk-off victory in Game 4.

Cora helped Houston win the 2017 World Series as bench coach, then managed Boston to the 2018 championship after disposing of the Astros. He was let go by the Red Sox following Major League Baseball’s investigation into Houston’s sign-stealing scheme, then suspended by MLB through the 2020 postseason before getting rehired in Boston last November.

Asked about the reception the Astros might get from the crowd when the series shifts to Boston for Game 3 on Monday, Cora admitted that it feels weird when they’re heckled since he was involved with the cheating. He doesn’t feel like the scandal is in the past because he lives with it every day.

“I’m sorry, I made a mistake and I’m living it,” he said. “It’s uncomfortable because I know that when they get booed or they scream at them, I’m there. I was part of it.”

The Astros are the third team in MLB history to reach the league championship series in five consecutive seasons, joining the Atlanta Braves (1995-99) and Oakland A’s (1971-75). Houston manager Dusty Baker has only been around for these last two. He took over after manager A.J. Hinch was fired after being suspended for his part in the scheme.

But he’s certainly been around long enough to know he has a team built for October.

“These guys take a lot of pride in winning, and especially the guys that have been here for a while,” Baker said. “They’ve been through a couple of back-to-back 100-loss seasons, and they like the feeling of winning and the feeling of being on top. And they think that they’re supposed to win no matter how the series starts or the outcome.”

The biggest question of the series is the status of Houston ace Lance McCullers Jr. The right-hander was masterful in a Game 1 win in the ALDS, pitching scoreless ball into the seventh. But he left Game 4 after four …read more

Burlingame: Car crashes into tree, killing 2 out of 3 people in vehicle