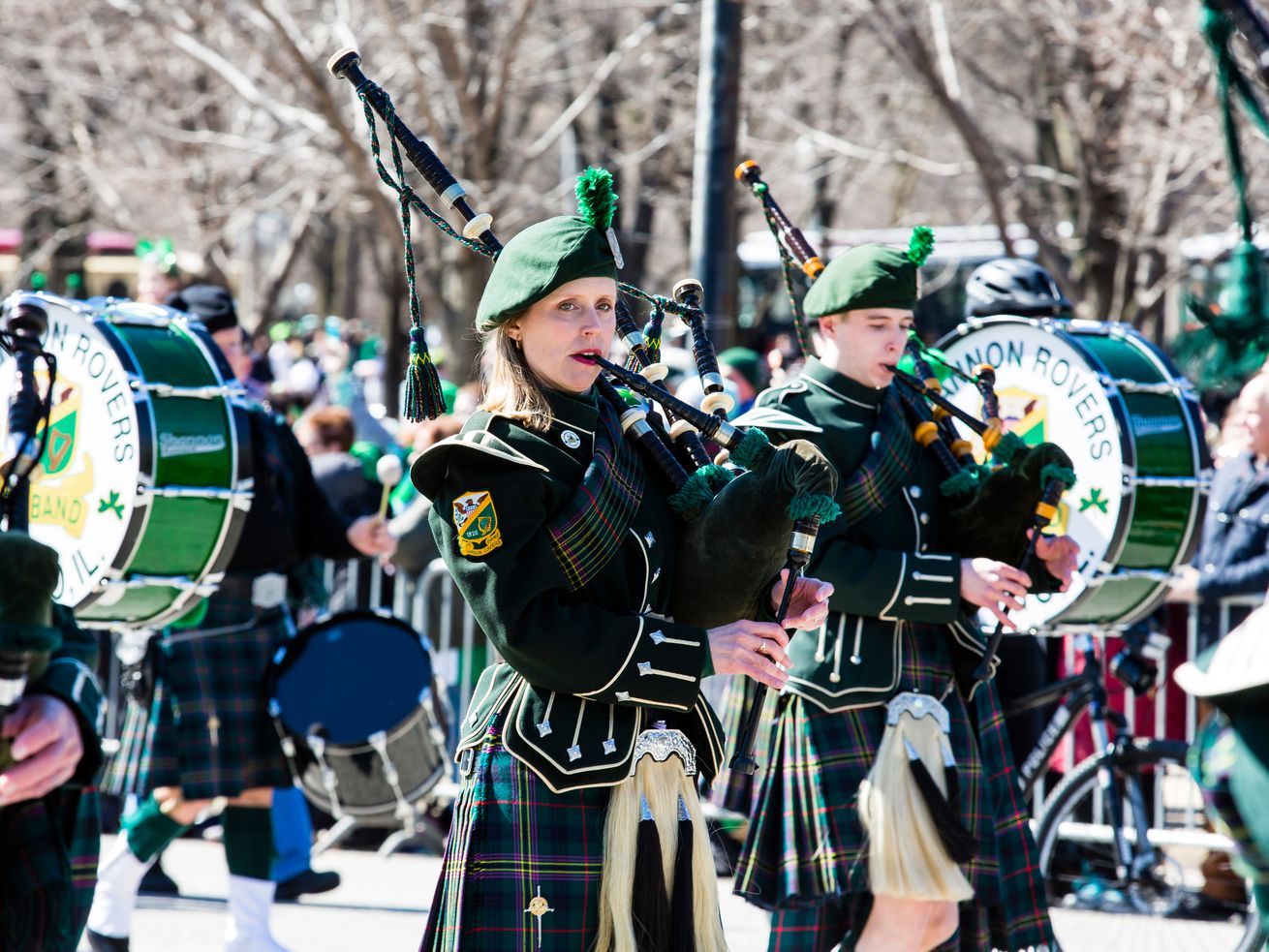 The Shannon Rovers at the 2019 Chicago St. Patrick’s Day Parade. The next two years, the parade was canceled due to the coronavirus pandemic. | Sun-Times file

The ordinance preserves permit priority for parades that had been forced to cancel due to the coronavirus pandemic.

With 500 permits issued every year, it’s safe to say that Chicago loves a parade.

On Thursday, the City Council’s Committee on Cultural Affairs and Special Events proved that love by providing a bit of post-pandemic protection.

At Mayor Lori Lightfoot’s behest, aldermen endorsed an ordinance that preserves permit priority for “traditional parades” scheduled at around the same time along the same route “in connection with a specific holiday or consistent theme for at least the prior five years.”

That priority status would remain even though those “traditional parades” were canceled last year because of the coronavirus — and even though none have been held so far this year, either.

Deputy Transportation Commissioner Mike Simon said the goal of the mayor’s ordinance is to prevent the temporary hiatus from opening the door to post-pandemic feuds between parade organizers vying for permits on the same day.

“We’ve had plenty of examples over the years. That’s why we implemented the traditional parade status in 2011. To protect all those existing parade organizers so there’s none of this infighting going on,” Simon told aldermen.

“The ordinance for traditional parade status protects the organization at the date, time and manner. The location. They have first right of refusal, basically.”

Sun-Times file
Geeksquad members dance during the 90th Bud Billiken Parade, held in Bronzeville in August 2019. The 2020 parade was canceled.

Frumpy Middle-aged Mom: So guess what happened over Easter weekend?

Simon noted “everybody has a right to a parade” and the city issues 500 parade permits every year. The mayor’s ordinance simply “protects those specific holiday dates.”

“The last Sunday of June is always the Gay Pride parade date. The second Saturday of every August in the Bud Billiken [parade]. That’s why it’s really important to keep those traditional events locked in,” Simon said.

“The amount of city services that goes to the Bud Billiken Parade — we have to lock down other events to make sure that events don’t take place around it because of the services that it utilizes. We don’t want the Air & Water Show to take place on that date or some other large-scale parade that would cause a public safety concern.”

Ald. Andre Vasquez (40th) asked Simon what would happen if two groups vie for the same date, and neither has the five-year tenure needed to qualify for “traditional parade” status.

Burbank’s Tinhorn Flats eatery has no permits, and judge’s latest move doesn’t turn up the heat on COVID dispute