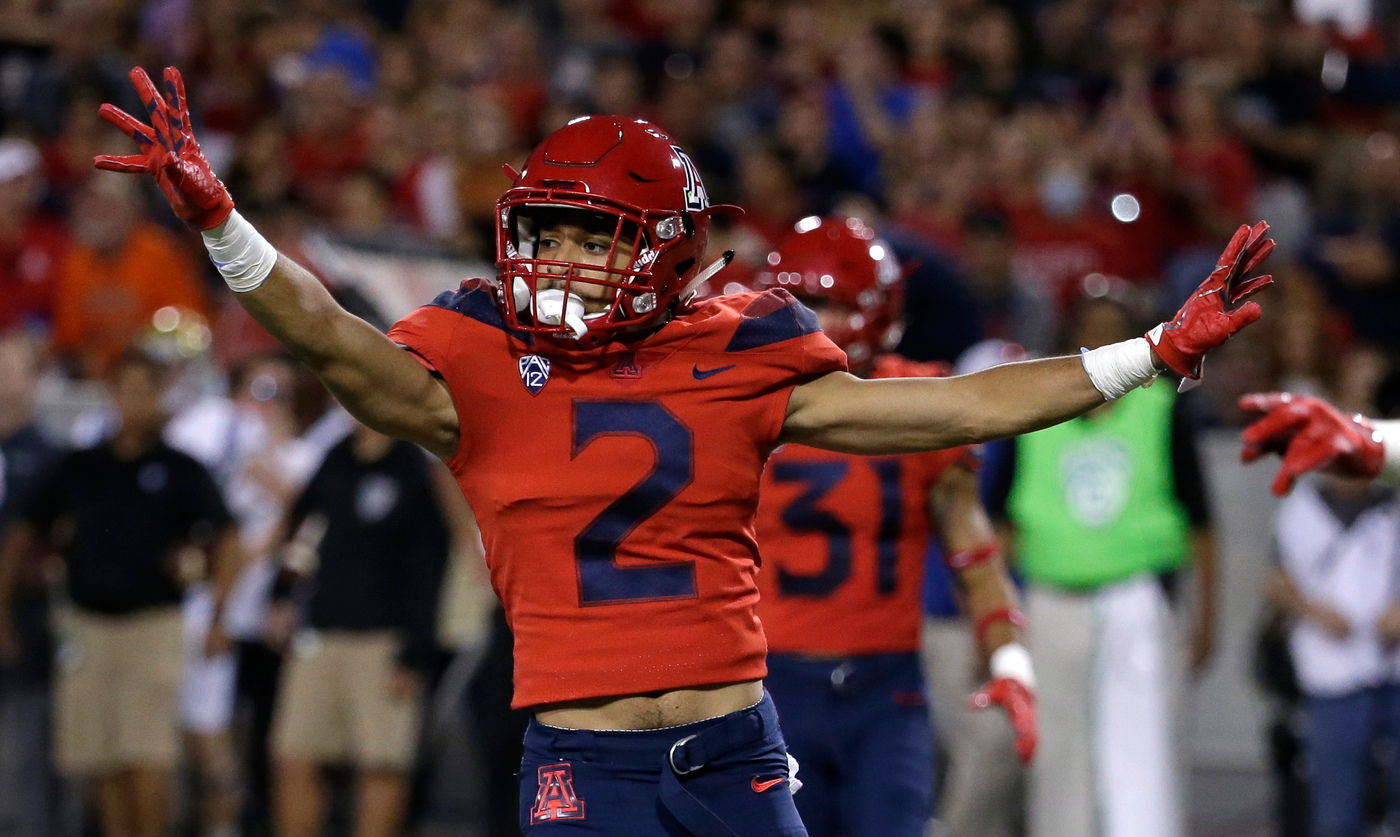 Lorenzo Burns enters this month’s NFL draft with some things still to prove. He’s a smallish cornerback, 5-foot-10 and 183 pounds. He played just five games, as a graduate student, for an Arizona team that went 0-5 in a Pac-12 Conference whose athletes had less than half the opportunities, and thus half the game video, as their peers in the Southeastern, Atlantic Coast and Big 12 conferences.

But Burns has one edge, maybe a fairly significant one. The Murrieta resident has had access to former NFL stars and Pro Football Hall of Famers, and he had a first-hand look at the way NFL teams do their business long before becoming a prospect himself.

Burns played for his father, DeChon Burns, at Linfield Christian High School in Temecula. Before settling into a high school coaching job in 2013, DeChon was part of the coaching carousel on the game’s highest levels. A cornerback at USC who played in the same secondary with future pros Mark Carrier and Ernest Spears in 1989 and was a member of a Rose Bowl winner, DeChon had his playing career end in August 1990 after suffering a serious neck injury.

That changed his career track to a coaching career that led him to UTEP, Texas Southern, the University of Florida, and then Washington and San Francisco in the NFL. And some of the guys DeChon coached in the NFL or played with in college have become unofficial advisors to Lorenzo.

Like, for example, NFL Hall of Fame cornerback Darrell Green, whom DeChon coaches during his stint in Washington. Or former New York Jets linebacker Kurt Barber, DeChon’s teammate at USC, or DB Anthony Prior, a teammate of DeChon’s at Rubidoux High School who played six seasons in the NFL with the Jets, Vikings and Raiders.

“I mean, I’d be lying if I said it’s not beneficial, not helpful,” DeChon said. “He has a code. It’s not a cheat code, but he’s got some inside information … We wanted to get him out and train with Darrell, because who better to learn to run fast from than one of the NFL’s fastest men. So he had a chance to have conversations, meaningful conversations with Darrell Green. Strong ones, to understand about being a pro and how you go about things in training.”

Lorenzo was old enough to be playing with other players’ and coaches’ kids around training camp when his dad was with Washington, and as he got older he’d ask questions about why teams made moves. As he became a recruited athlete, he would draw on DeChon’s knowledge of what college coaches and college programs were seeking.

“I think he’s benefited a lot in understanding what the process is going to be,” DeChon said. “There’s still no better experience in life than living it … If you understand it, you know how to prepare for it, right?”

The changes in the runup to the draft – scheduled April 29-May 1 in Cleveland – may have thrown Lorenzo off, but only a little.

“I had a little …read more

Defying expectations, US suicides were down during pandemic