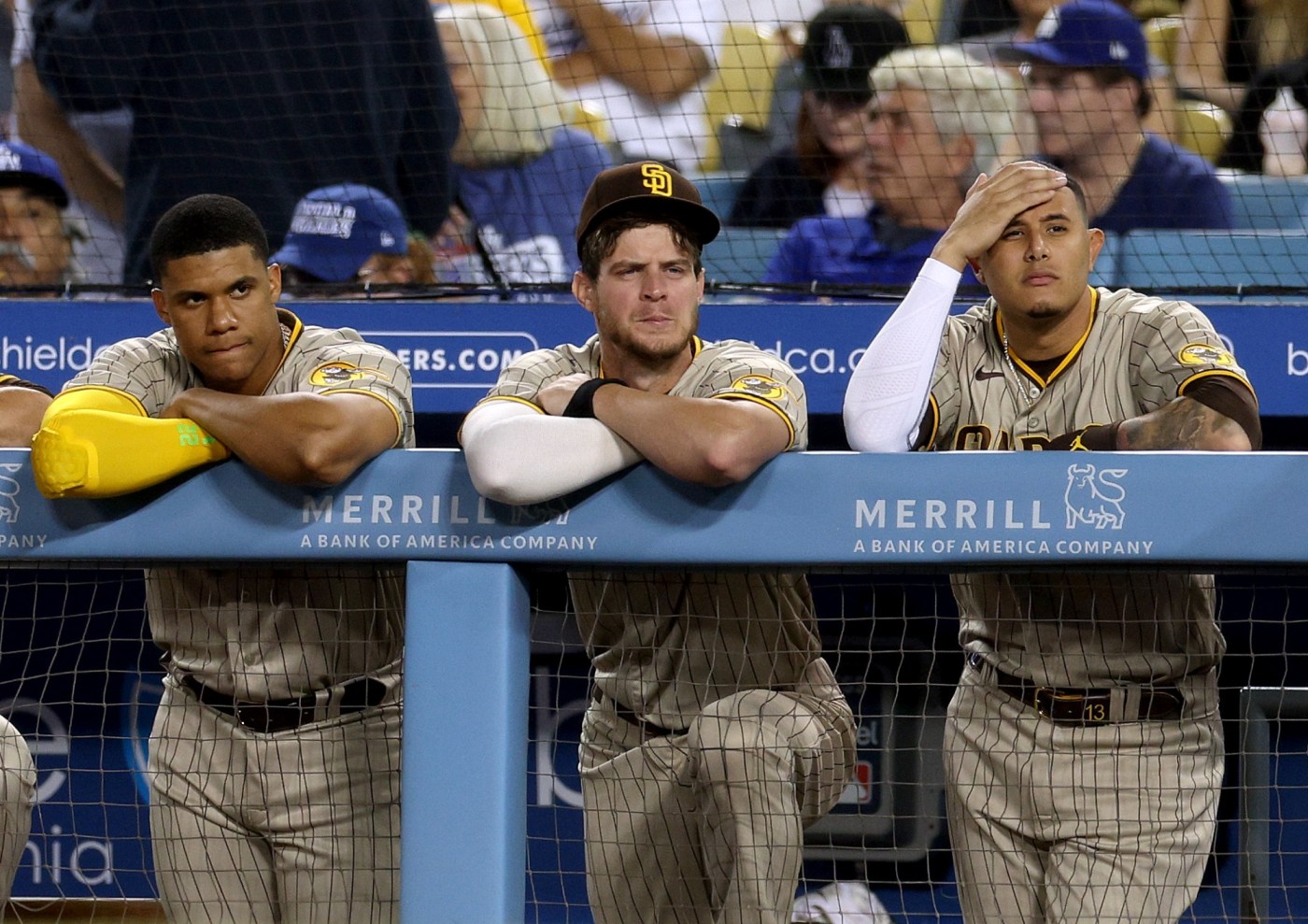 LOS ANGELES — Should we really be surprised?

Little brother comes around looking sharp and acting bold. Big brother kicks dirt all over his shiny new shoes and walks away smirking.

That’s basically the Dodgers vs. Padres storyline these days. San Diego arrived at Dodger Stadium on Friday with Juan Soto, Josh Bell, Brandon Drury and Josh Hader in tow, the trade deadline acquisitions propping up the Padres’ confidence that now it might be a fairer fight.

Uh, maybe not yet.

Four Dodgers runs in the first (two on a Drury throwing error at third) and four more in the third (including a fundamental mistake when Soto’s throw to third on a single allowed Will Smith to take second) decided this one quickly and decisively, and the Dodgers punctuated this 8-1 rout in the eighth when they pinch-hit for Freddie Freeman …

… with pitcher Tyler Anderson, who struck out with about the type of feeble wave you’d expect from a guy with a .094 lifetime batting average (15 for 158). But fair is fair. Anderson was hitting because Padres position player Matthew Batten was pitching the ninth with stuff that would be considered more mesmerizing than commanding. He struck out Anderson on a 53.6 mph pitch that was generously described as a changeup. His “slider” topped out at 57.4.

No wonder Dodgers manager Dave Roberts decided he didn’t want to “put any of my position players up there against a softball player, a pitcher throwing an eephus ball.”

Obviously, when the Padres made all of their moves Tuesday, this wasn’t what anyone on that side had in mind. They finished Friday 13½ games behind the Dodgers in the NL West with six losses in the teams’ seven meetings this year.

The bright spot from San Diego’s standpoint: There are still 12 meetings left with the Dodgers, and at some point, it’s got to get better, right?

The bright spot for the Dodgers: Their cushion allows them some runway during a stretch when medical reports might be the most critical literature Roberts and pitching coach Mark Prior examine day to day.

The news on Clayton Kershaw on Friday was moderately promising after he left Thursday’s game in San Francisco with a back issue. An MRI taken on Friday afternoon showed no new findings, as Roberts noted Friday night. When Kershaw went on the injured list in May with inflammation in the right side of his sacroiliac, he was out for nearly a month. Roberts said this issue is on the left side of the lower back and isn’t related, and he thinks this could be a shorter stint.

Then again, Roberts noted, “I’m probably not giving you guys anything tonight.”

Right now, the Dodgers have nine pitchers on either the 10-day or 60-day injured lists. Daniel Hudson is out for the season, but there are various stages of faith (or hope) in the ability of the others to help down the stretch and in the postseason. Blake Treinen and Brusdar Graterol had a simulated game scheduled for Saturday. Dustin May …read more

Early voting set to begin in Duval County on Monday: What you need to know

What happened in Kansas: Americans know that rights are not just suggestions