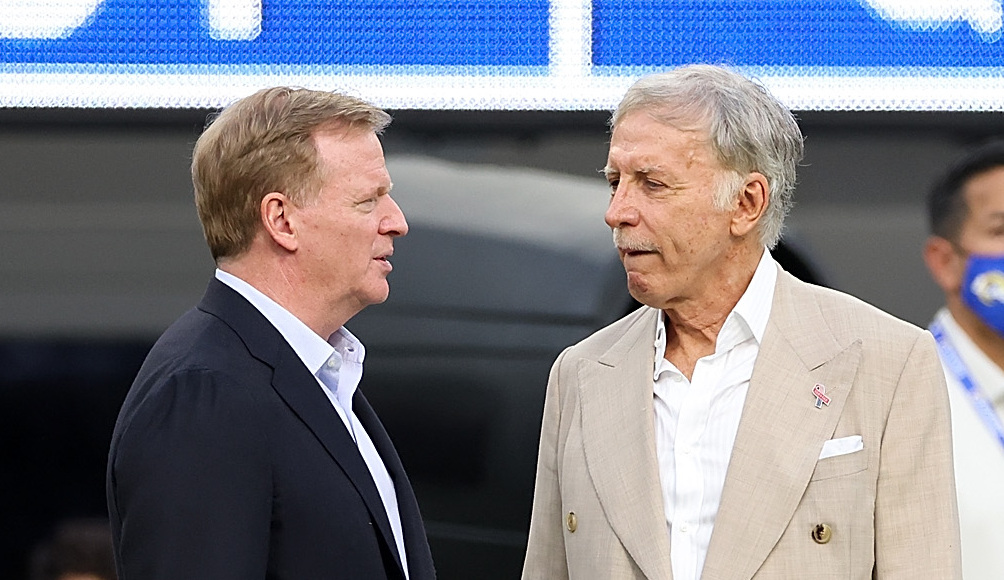 When the Rams and Raiders both left Southern California before the 1995 season, to the best of my recollection there were no lawsuits in response against the teams or the NFL. The general attitude in the region seemed to be: “Meh, we got along with you, we’ll get along without you.”

Which we did, for 21 football seasons.

Hell hath no fury like a city scorned? Depends on the size of the city, maybe. Or whether you can get your case before the right judge.

In case you missed it, the city and county of St. Louis and the region’s Convention and Sports Complex Authority received a pre-Thanksgiving windfall this week, a couple of months before the NFL, the Rams and owner Stan Kroenke were scheduled to go to trial before a St. Louis jury with the prospect of all kinds of league dirty laundry being revealed. (As if the Washington Football Team’s internal emails haven’t done enough damage in 2021).

The Missouri city is $790 million richer, payable by the end of business Christmas Eve, after a settlement between league, team and municipality was announced Wednesday. And while there might be a good amount of internal skirmishing over who is on the hook for how much of that amount, the league and the Rams are undoubtedly relieved that nobody will have to testify under oath.

Evidently, blackmail can be extremely lucrative.

To recap: The Rams moved back to L.A. – I prefer to think of it as repossession – in 2016 after the league chose Kroenke’s stadium project in Inglewood over a competing proposal in Carson from the Chargers’ Dean Spanos, who ultimately moved to L.A. in 2017 and wound up as Kroenke’s tenant, and the Raiders’ Mark Davis, who took his team to Las Vegas.

Oakland filed a similar suit over the Raiders’ departure but a federal judge dismissed it in the spring of 2020. San Diegans presumably settled for putting Spanos’ visage on dartboards throughout America’s Finest City, the city fathers probably figuring it wasn’t worth the trouble to take the owner to court.

St. Louis’ suit, filed in 2017, alleged that (a) the league did not follow its own relocation procedures and (b) those procedures amounted to a contract between the league and its cities, rather than just guidelines. It didn’t seem to have much more weight behind it than Oakland’s, but Missouri circuit judge Christopher McGraugh allowed it to go forward. When he felt compelled to order financial information from several NFL owners in advance of the trial – in anticipation, some believed, of a potential damage award – that struck some as overly partisan.

Irwin Kishner, executive chairman of the New York law firm of Herrick, Feinstein LLP and an expert in sports law, was quoted by The Athletic as saying it was a “very one-sided judiciary, the way that they’re coming down on the rulings. That said, when you’re dealing with local court systems, and you have a favorite child’s or favorite son-type bent – that’s what’s happening here, …read more

Ye, formerly known as Kanye West, and Drake to perform a benefit show the LA Coliseum

Cubs get outfielder Harold Ramirez from Guardians for cash