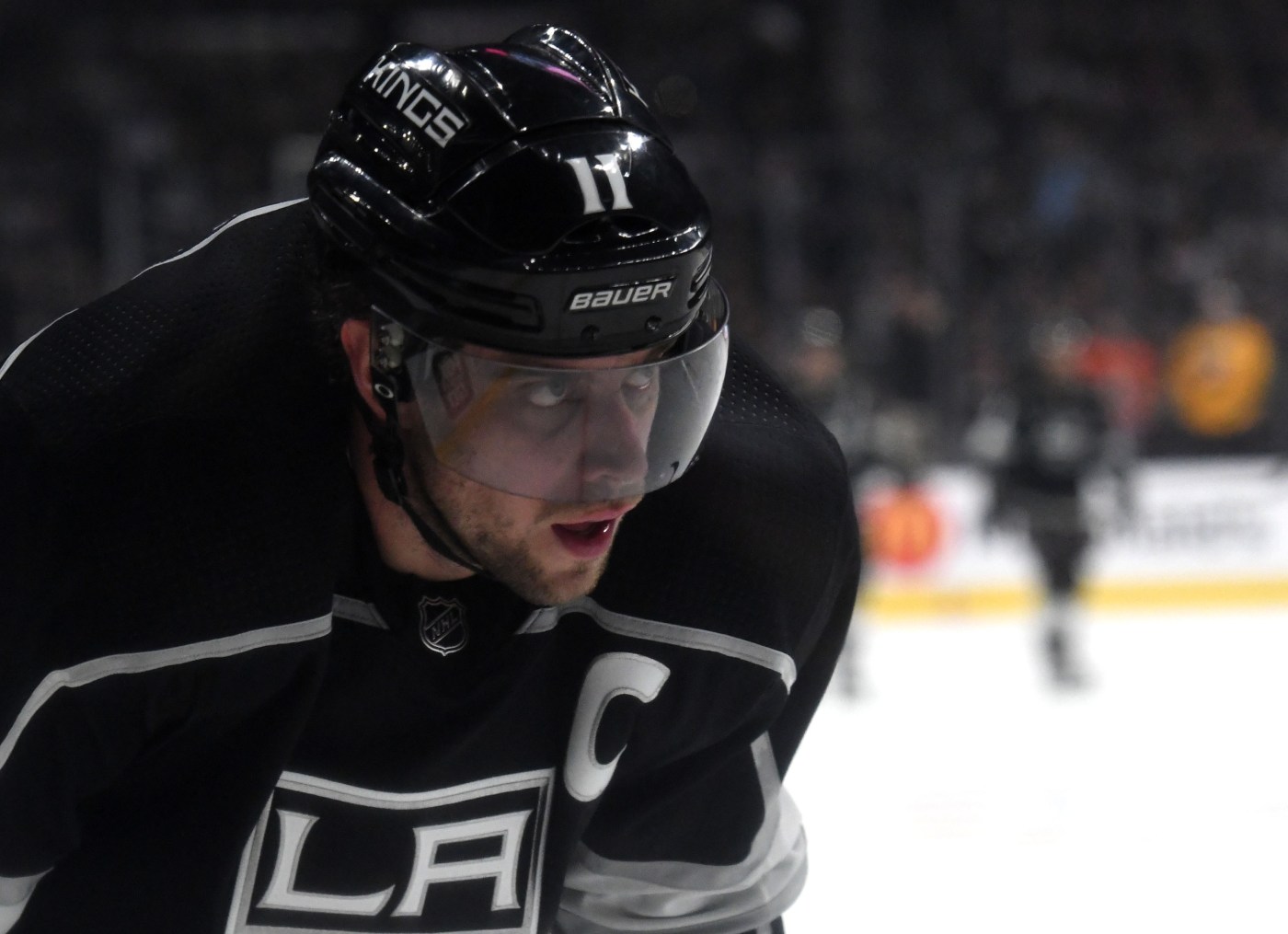 Outside of Los Angeles – and maybe in some precincts within SoCal as well – this will likely be a quiet milestone. At some point in the next six games, possibly as early as Wednesday night in Glendale, Ariz., the Kings’ Anze Kopitar will score a goal or register an assist for his 1,000th career point in the NHL.

It will be celebrated among those who care about the Kings. Elsewhere in the NHL, odds are that it will be underplayed. That pretty much has been the story of Kopitar’s career, one that has deserved much more attention continent-wide than it has received.

Kopitar, 33, will play in his 1,124th career game Wednesday night against the Arizona Coyotes. That’s 107 fewer than Dustin Brown, a teammate (and usually linemate) throughout Kopitar’s 15 seasons in Los Angeles. Brown talked a couple of weeks ago about how such milestones tend to be off the radar anyway until you get close.

“It just kind of happens over the course of time,” Brown said, adding with a laugh, “And if anything, he’d probably be there (over 1,000) already if he wasn’t playing with me for 15 years.”

Yes, he was joking. But maybe there is a germ of truth, because Kopitar – with his size and his skill making him a handful almost from the moment he arrived in L.A. from Slovenia – didn’t chase individual numbers. It probably cost him at least one Hart Trophy as MVP,  maybe more.

“If this guy wanted to cheat, he could probably get 15 or 20 more points each year,” Coyotes coach Rick Tocchet told the Phoenix-area media Monday morning. “I know he could if he wanted to. But he plays a 200-foot game. He takes every important draw, D-zone draws, he’s used in every situation. He leaves a lot of points out there because he’s a team-first guy. That’s why they won two Cups.”

Do the math. Just 15 extra points a season would have had him just outside of the top 40 on the all-time list, in the neighborhood where the no-doubt Hall of Famers reside.

But there’s another factor, as Kings coach Todd McLellan pointed out Tuesday. Just by nature of the Kings’ style during the team’s (and Kopitar’s) prime years, there weren’t many points to be had.

“For him to be as consistent as he’s been, to play as well as he’s played on the other side of the puck, to check as well as he’s checked … L.A. (wasn’t) an offensive juggernaut,” he said. “They (were) a checking, heavy, hard team throughout their glory years and won a lot of games 2-1 and 3-2, not 6-4. And to get to where he is right now, on a brink of a thousand, I think is an incredible milestone for him.”

Tocchet said he considered Kopitar in Sidney Crosby’s class, and that is high praise. Remember, Crosby went No. 1 overall to Pittsburgh in the 2005 draft, with the Penguins winning a lottery for that top pick following the lockout-canceled 2004-05 season. …read more