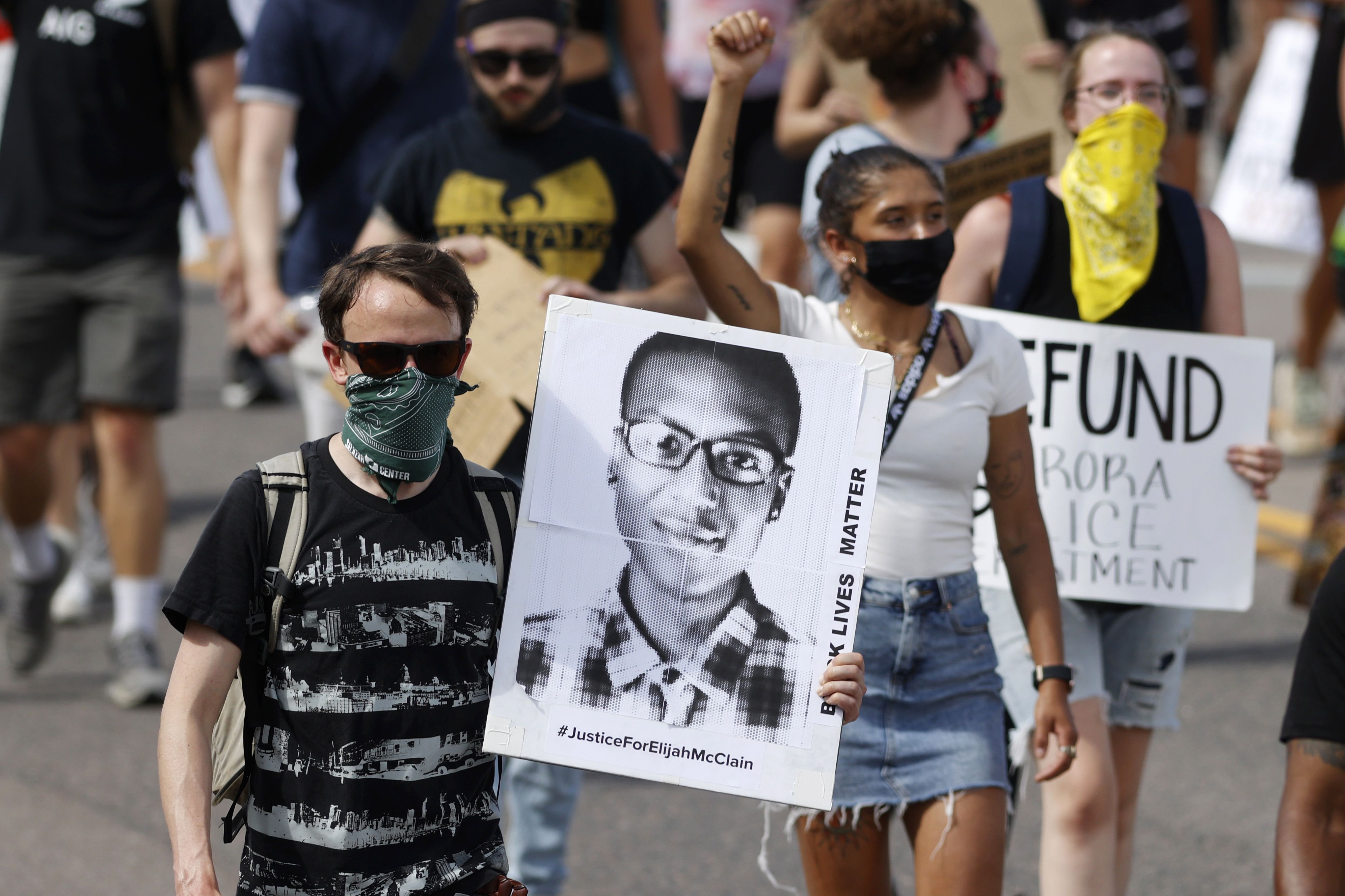 A Black man who died after a police encounter in a Denver suburb in 2019 died because he was injected with a powerful sedative after being forcibly restrained, according to an amended autopsy report publicly released Friday.

Despite the finding, the death of Elijah McClain, a 23-year-old massage therapist, was still listed as undetermined, the report shows. McClain was put in a neck hold and injected with ketamine after being stopped by police in Aurora for “being suspicious.” He was unarmed.

The original autopsy report that was written soon after his death in August 2019 did not reach a conclusion about how he died or what type of death is was, such as if it was natural, accidental or a homicide. That was a major reason why prosecutors initially decided not to pursue charges.

But a state grand jury last year indicted three officers and two paramedics on manslaughter and reckless homicide charges in McClain’s death after the case drew renewed attention following the killing of George Floyd in 2020. It became a rallying cry during the national reckoning over racism and police brutality.

The indictment referenced information from an unspecified pathologist who concluded McClain died of complications of being injected with ketamine, a sedative, while being violently subdued and restrained by law enforcement and emergency responders.

The five accused have not yet entered pleas and their lawyers have not commented publicly on the charges.

The updated autopsy was released Friday under a court order in a lawsuit brought by Colorado Public Radio, joined by other media organizations including The Associated Press. Colorado Public Radio sued the coroner to release the report after learning it had been updated, arguing that it should be made available under the state’s public records law.

Coroner Monica Broncucia-Jordan said she could not release it because it contained confidential grand jury information and that releasing it would violate the oath she made not to share it when she obtained it last year.

Aaron Donald became the fastest to 100 sacks with a relentless pass rush, because of course

But Adams County District Judge Kyle Seedorf ordered the coroner to release the updated report by Friday, and a Denver judge who oversees state grand jury proceedings, Christopher Baumann, ruled Thursday that grand jury information did not have be redacted from the updated report.

McClain’s death fueled renewed scrutiny about the use of the ketamine and led Colorado’s health department to issue a new rule limiting when emergency workers can use it.

Last year, the city of Aurora agreed to pay $15 million to settle a lawsuit brought by McClain’s parents. The lawsuit alleged the force officers used against McClain and his struggle to survive it dramatically increased the amount of lactic acid in his system, leading to his death, possibly along with the large dose of ketamine he was given.

An outside investigation commissioned by the city faulted the police probe into McClain’s arrest for not pressing for answers about how officers treated him. It found there was no evidence justifying officers’ decision to stop McClain, who had been reported as suspicious …read more

Arooj Aftab says her music has ‘no roots, no rules’ ahead of concert at The Broad