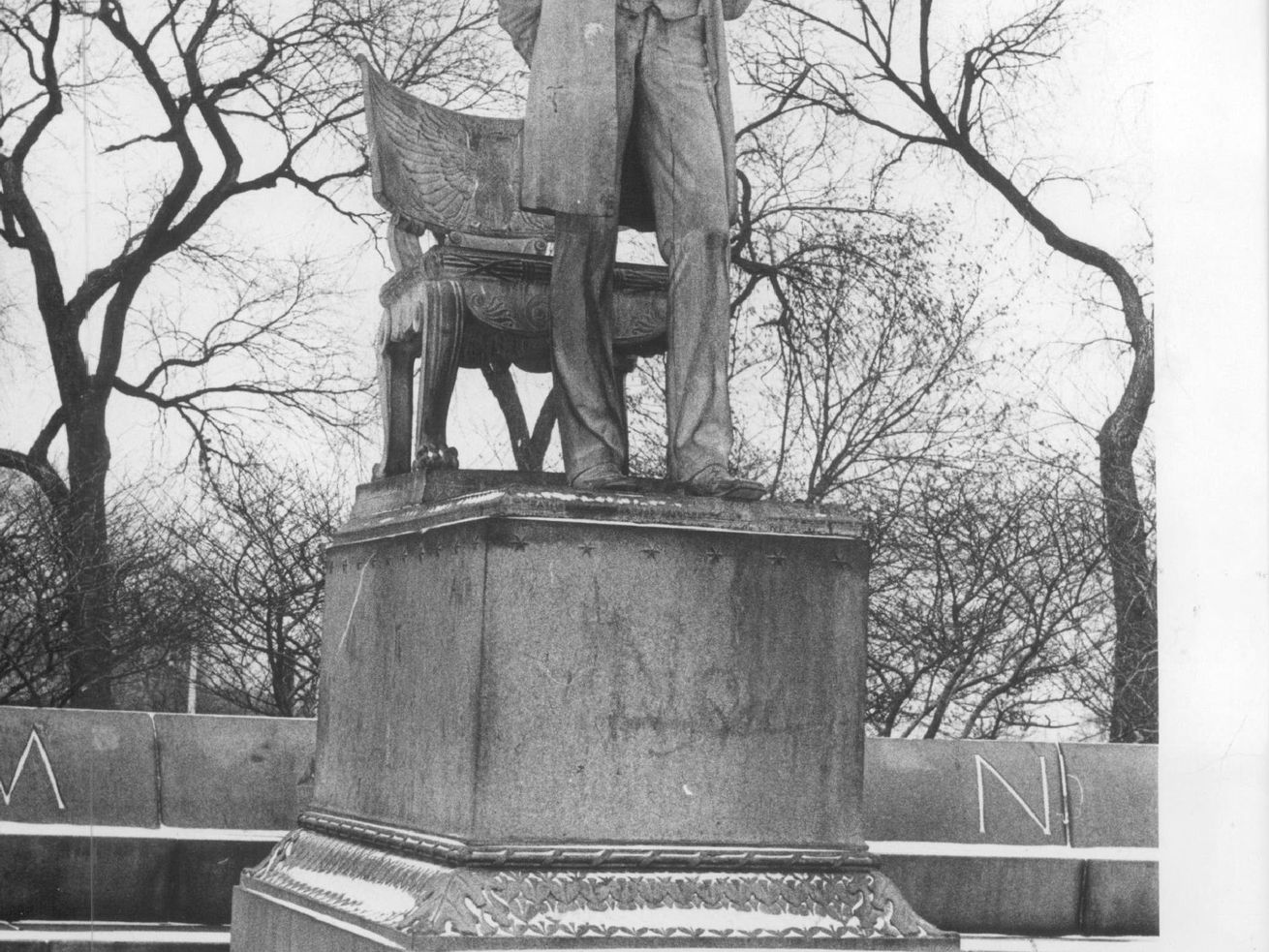 Surely, President Lincoln, who led a successful effort to obliterate the inhumane institution of slavery through the force of arms, shared our values.

Abraham Lincoln was one of the earliest members of the Illinois State Society of Washington, DC, which was founded in 1854. The oldest of the state and territorial societies in Washington, it represents former Illinoisans from all parts of the state, including Chicago.

We and hundreds of historians, District of Columbia officials and local residents honor Lincoln at an annual birthday celebration at the Lincoln Memorial — the most popular of all of the monuments here in the nation’s capital.

We are proud to represent a state where every license plate bears the imprimatur “Land of Lincoln,” and we understand Chicago has felt that same pride. Chicago honored the 16th president of the United States by naming its largest park, at 1,200 acres, as a fitting tribute to this son of Illinois. Lincoln Avenue, one of the longest streets in Chicago, was renamed in his memory after his assassination. Part of Lincoln’s rise to the presidency began in Chicago when his fellow Republicans nominated him at the Wigwam, not far from the site of today’s Navy Pier.

SEND LETTERS TO: letters@suntimes.com. Please include your neighborhood or hometown and a phone number for verification purposes. Letters should be 350 words or less.

Our organization was shocked when the Chicago Monuments Project Advisory Committee, which the mayor appointed, named five Lincoln statues as subject to its review. These five statues, in fact, resoundingly affirm the statement the mayor made last summer that the city’s statues should “memorialize our shared values, history and heritage as Chicagoans…” Surely, President Lincoln, who led a successful effort to obliterate the inhumane institution of slavery through the force of arms, shared our values. Surely, President Lincoln was at the focus point of this nation’s history by placing human dignity ahead of political expediency. And surely, President Lincoln was part of Chicago’s heritage. He came to Chicago 25 times as a young lawyer and his family, including his two sons, settled in Chicago following his death.

We urge Mayor Lori Lightfoot to immediately direct the advisory committee to drop the Lincoln statues from its review. They do not meet her well thought-out criteria. Removal of these statues should be an affront to every Chicagoan regardless of race. It would tarnish Chicago’s reputation as the “City of Big Shoulders.”

We have so few historical markers in the city of Chicago. Much of the city’s architecture predating the Chicago Fire of 1871 was destroyed, leaving streets such as Prairie Avenue — once home to Marshall Fields, Phillip Armour and other industrialists — empty. We have few historical monuments in high-traffic, touristy areas. Their purpose is to educate, to tell us about our history. To get us to ask questions.

Max Homa brings it all back home, wins at Riviera