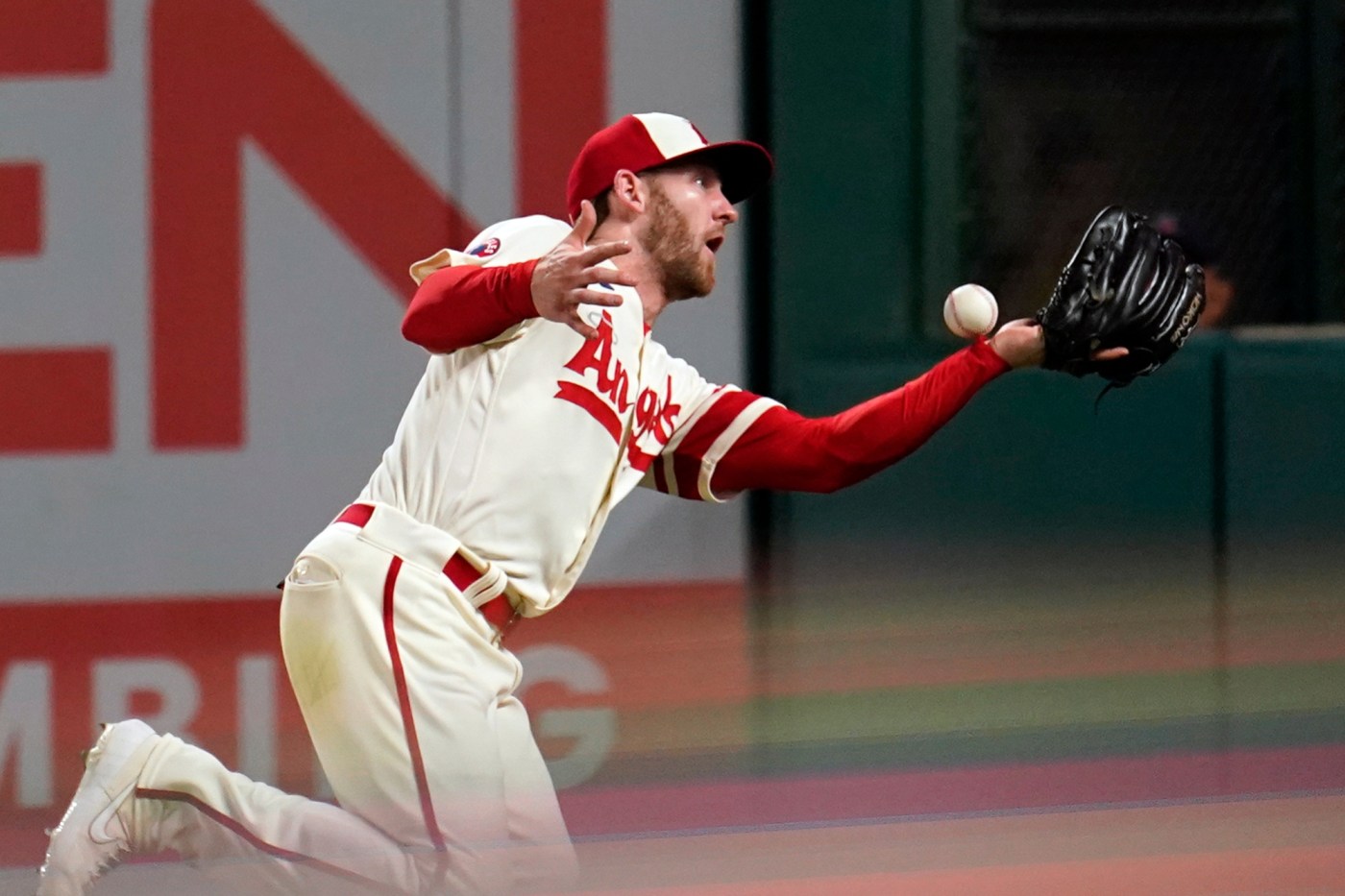 ANAHEIM ― The evening began with 25,190 announced patrons at Angel Stadium observing a moment of silence in memory of Vin Scully.

The many moments of silence that followed were not planned in advance.

The Angels lost, 3-1, to the Oakland A’s on Wednesday. It was the rare night on which Shohei Ohtani pitched and hit, but did relatively little to make a positive impact in either facet of his marvelous two-way game. His defense did him no favors.

As a hitter, Ohtani struck out in his first at-bat against right-hander James Kaprielian (3-5), lined out sharply his next time up, then grounded out in his final plate appearance. After he was removed from the mound in the sixth inning, Ohtani did not bat again.

Beginning this season, teams who do not use a designated hitter in place of their starting pitcher are allowed to keep that pitcher in the lineup as a DH after their final pitch has been thrown. But the Angels did not take advantage of the so-called “Shohei Ohtani rule” on Wednesday, instead inserting pinch hitter Kurt Suzuki in the seventh inning.

Suzuki drew a walk against A.J. Puk. It was the best at-bat the Angels got from their No. 2 spot in the batting order all night. Fittingly, Suzuki did not advance past first base.

The Angels went 1 for 10 with runners in scoring position and left eight men on base. Their only run scored in the fifth inning, when Luis Rengifo split the gap in right-center field to drive in Magneuris Sierra.

Analysis: Dodgers, Angels take the conservative route for teams headed in opposite directions

Angels unload closer Raisel Iglesias and $51 million of his contract

Rengifo was also partially responsible for the unearned run on Ohtani’s ledger. He fielded a routine grounder cleanly in the fourth inning, only to fire a poor throw across the infield that pulled first baseman Jared Walsh off the bag. Ramon Laureano was safe on the error.

The next batter, Sean Murphy, hit an RBI single into …read more

Golden Globes 2021: The Complete List of Nominees | Entertainment Weekly
Xenoblade Chronicles 3: How to unlock all Heroes