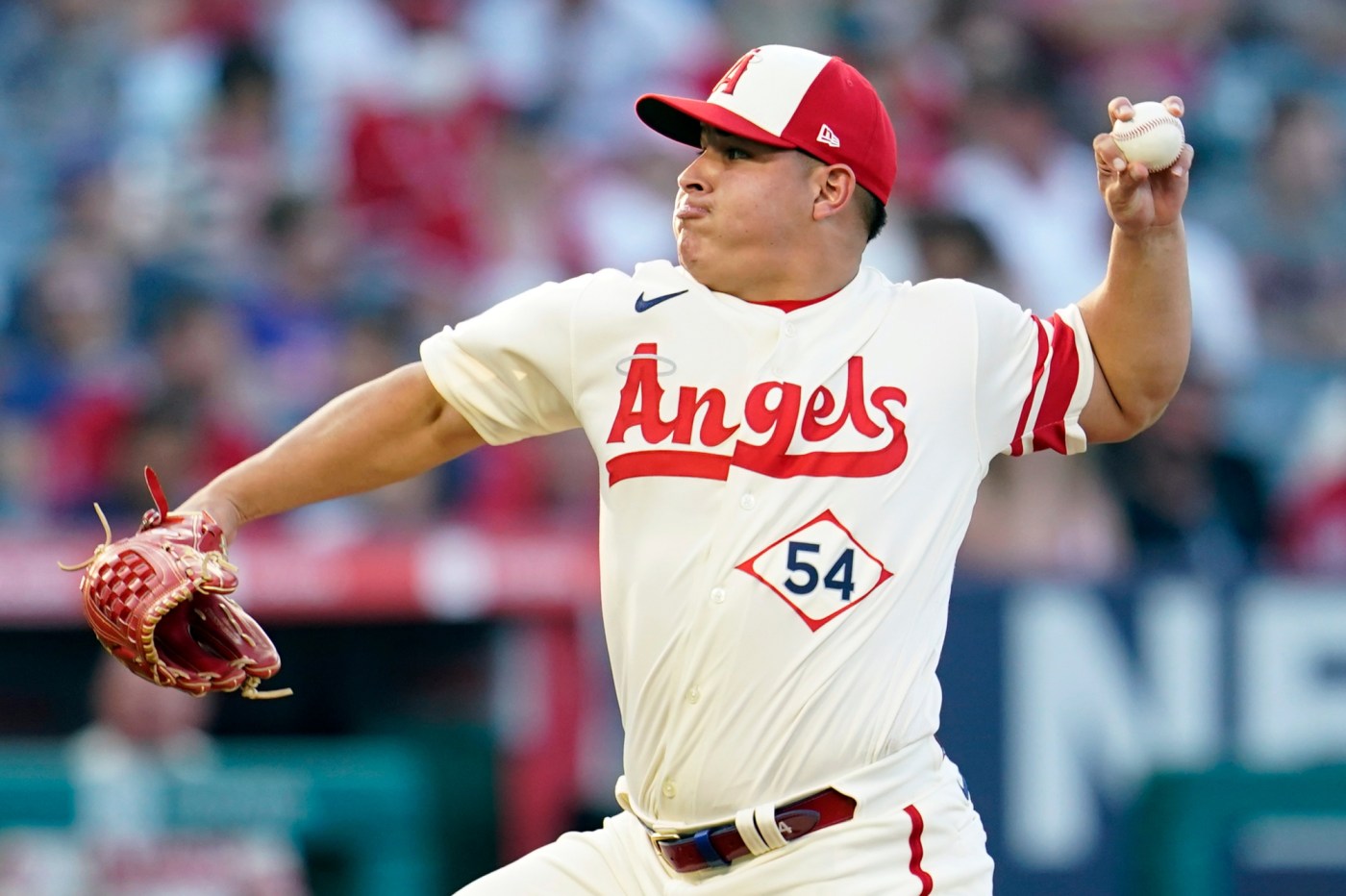 ANAHEIM — The Angels began a new month, with a new-look roster, and they won.

Although it’s too late to save their 2022 season, the Angels began the final two-month homestretch with some encouraging signs in a 3-1 victory over the Oakland A’s on Tuesday night.

Hours after they traded away Raisel Iglesias, Noah Syndergaard and Brandon Marsh to officially begin retooling for 2023, the Angels combined solid pitching and defense and just enough offense.

Of course, it’s fair to note that the A’s are one of the only teams in baseball having a worse season than the Angels. Still, the Angels aren’t going to apologize for any victories in this dreadful season.

Left-hander José Suarez pitched five innings and gave up one unearned run. He hasn’t allowed an earned run in 10-1/3 innings in his past two starts.

The consecutive strong starts are encouraging for Suarez, who has two months to show the Angels that he’s worth a rotation spot in 2023.

Before his last start against the Kansas City Royals, Suarez added a second changeup to his repertoire, one that has more of a split-finger grip than his previous changeup.

Suarez also has dramatically increased the use of his slider over his past two starts. Against the Royals, he threw more sliders because they had five left-handed hitters in the starting lineup, but the A’s had a lineup of all righties, and Suarez still threw his slider 27% of the time. He also threw his changeup 38% of the time.

He was able to work his way out of trouble throughout his outing. He allowed the leadoff man to get on base in three of his five innings, but the only run that scored was in the fifth, after Jonah Bride went to second on a passed ball and scored on Sean Murphy’s single.

In new Lakers documentary series, Buss family, players give their side of the story

Suarez left with a 3-1 lead, and the bullpen was able to protect the lead without an established closer at the back.

Right-hander Andrew Wantz got into and out of bases-loaded jam in the sixth. Jimmy Herget then worked two perfect innings in his first outing after a month on the injured list.

Analysis: Dodgers, Angels take the conservative route for teams headed in opposite directions

Angels unload closer Raisel Iglesias and $51 million of his contract

Source: Angels will not trade Shohei Ohtani before the deadline