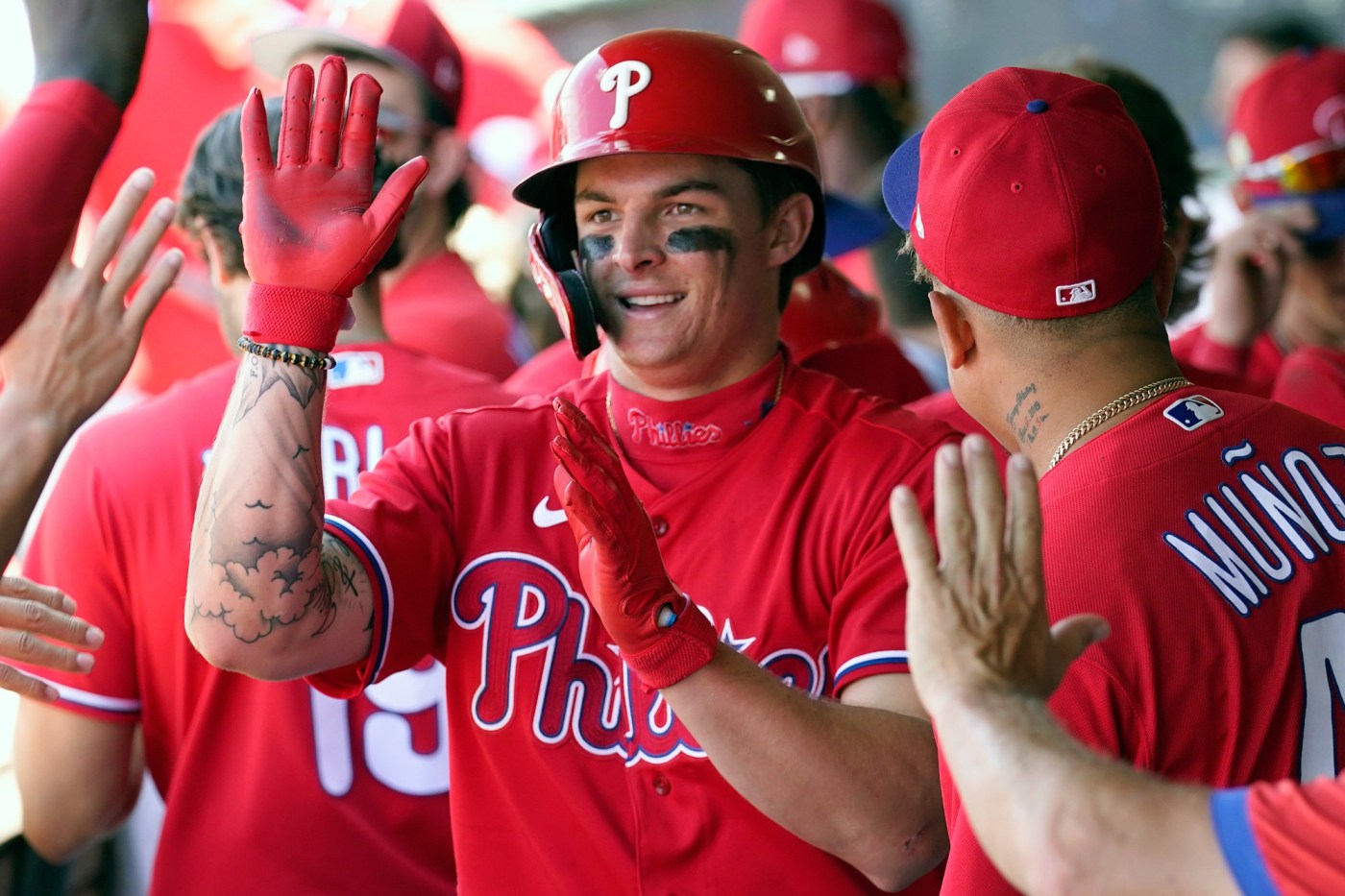 ANAHEIM ― With the first overall pick of the 1992 amateur draft, the Houston Astros selected infielder Phil Nevin from Cal State Fullerton. Nevin reached the majors with the Astros three years later, only to be traded to the Detroit Tigers midway through his first season, in Aug. 1995, for pitcher Mike Henneman.

With the first overall pick in the 2016 draft, the Philadelphia Phillies selected outfielder Mickey Moniak out of La Costa Canyon High School in Carlsbad. Moniak played in just 47 games for the Phillies before he was traded to the Angels on Tuesday.

So when Nevin, now the Angels’ interim manager, said a change of scenery could benefit Moniak, that old baseball cliche bears a little more weight than usual. He’s lived it.

“We were drafted in the same position,” Nevin said Wednesday, when he penciled Moniak into his first starting lineup as an Angel. “Those pressures, you don’t think about it every day. You’re reminded of it once in a while. You can say all you want about ‘that doesn’t matter, there’s no pressure.’ At the end of the day, there is. It’s fan mail, there’s cards, the everyday things, the interviews. Being constantly reminded of that adds pressure to you.”

Moniak started in center field and batted seventh, with Magneuris Sierra stationed in left field and Taylor Ward in right against the Oakland A’s. It was the first time Sierra had started anywhere other than center field since being promoted by the Angels

All 14 of Moniak’s starts for the Phillies this season had come in center field. The Angels were doing their best to keep their newest player comfortable on the field for a day while he slept in his own bed off it.

“Looking back on my time in Philadelphia, I was grateful for it, (being) given a chance as an 18-year-old kid, came up with them, debuted with them. But I think that, you know, for me, I’ve always been a guy that maybe takes a little bit to get comfortable at every level, and once I get comfortable, it’s on from there. So, wasn’t really given that opportunity there, which makes sense. They’re always in a pennant hunt with a lot of money on the field, so just to be here and be told that you’re gonna go out and play and have some fun is huge.”

Moniak, 24, had a solid .859 OPS (on-base plus slugging percentage) with the Phillies’ Triple-A affiliate this season. But he never found his footing in the majors, going 6 for 46 with only one extra-base hit, a double, and 19 strikeouts.

Nevin remembered seeing Moniak play with and against his son, Tyler, as a high schooler. Seeing another familiar face in the dugout can only help him feel comfortable, Nevin said.

“I know this is a place (Moniak) can relax and just go out and play,” he said.

The other major league players the Angels acquired at Tuesday’s deadline, pitchers Jesse Chavez and Tucker Davidson, were both added to the active …read more