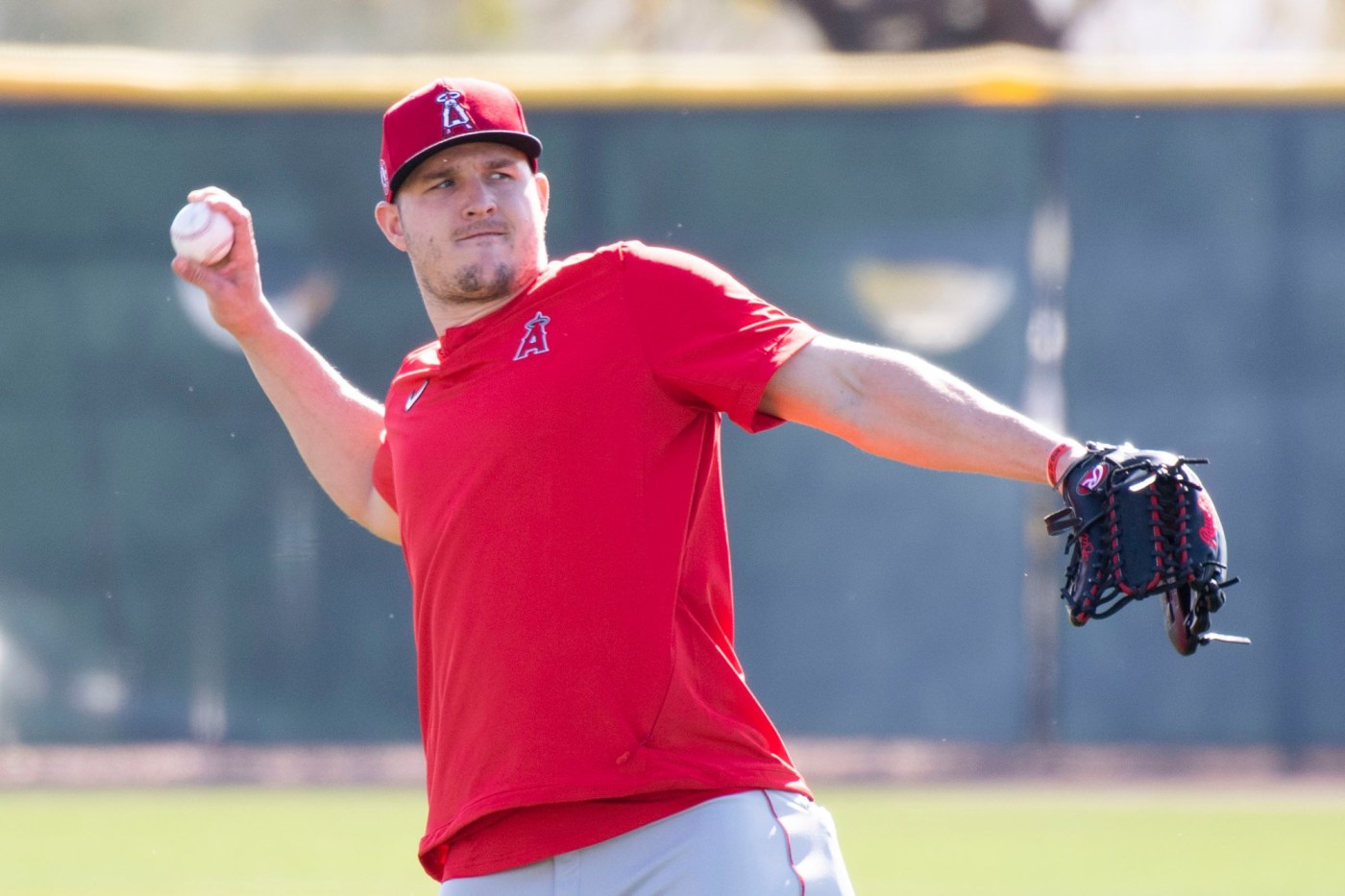 ANAHEIM — Mike Trout continues to make progress toward a return this season.

Frostad said they will “take it day to day” with Trout to determine when he can advance to swinging a bat. Trout will not travel with the Angels on their upcoming trip to Seattle and Oakland.

Trout is out with rib cage inflammation, which has been more specifically described as a costovertebral dysfunction. Trout said he fully expects to play again this year, although he acknowledges he’ll need to do exercises to maintain his back going forward.

When the Angels traded Brandon Marsh on Tuesday, eliminating their best safety net in center field if Trout can’t come back to be the everyday player in that position, general manager Perry Minasian said he’s not expecting that to be an issue.

“I fully expect him to play again this season,” Minasian said. “I know he’s excited to get back on the field and working really hard to get there.”

Shohei Ohtani returned to the Angels’ lineup Thursday, a day after he had to come out of the game with a cramp in his forearm.

“It’s fine,” Frostad said. “It was a precautionary move last night and everything checked out today. … Very minimal concern on our end.”

Manager Phil Nevin said he’s been inclined to give Ohtani some days off, but Ohtani has assured him he’s fine. Ohtani has started every game since June 17.

“I leave it in his hands mostly, but you can probably expect (a day off) here soon,” Nevin said. “I like to do it like if we have an off day and we’ll get it in front or behind an off day. It’s all things that he and I talk about daily. When he feels good and wants to play, I’m going to play him.”

Nevin also rejected the notion that Ohtani is more susceptible to injury because he’s been throwing so many sliders lately. Ohtani has thrown his slider 56.3% of the time in his last two starts, after throwing it 33.3% previously this season.

“I’m really not worried about that,” Nevin said. “He’s very smart, as far as his game preparation when he goes over hitters. That’s why he’s one of the best in the league. He does have a dynamic fastball as well. The curveball is really good. The cutter’s really good. The split is really good. The two-seamer is good. Right now he just knows the slider’s a good pitch that he can land for a strike and it’s a pitch he get a swing and miss on. So he’s throwing it a lot and it’s been effective.”

Ohtani’s next start is scheduled for Tuesday night in Oakland. It will be his fourth try at his 10th victory of the season. The Angels have scored only one …read more

Golden Globes 2021: The Complete List of Nominees | Entertainment Weekly
What to see and do during the Nisei Week Japanese Festival in Little Tokyo

Decluttering Tips: A new way to save keepsakes and cut clutter

From space to Caltech, this astronaut’s message comes in loud, clear and inspiring