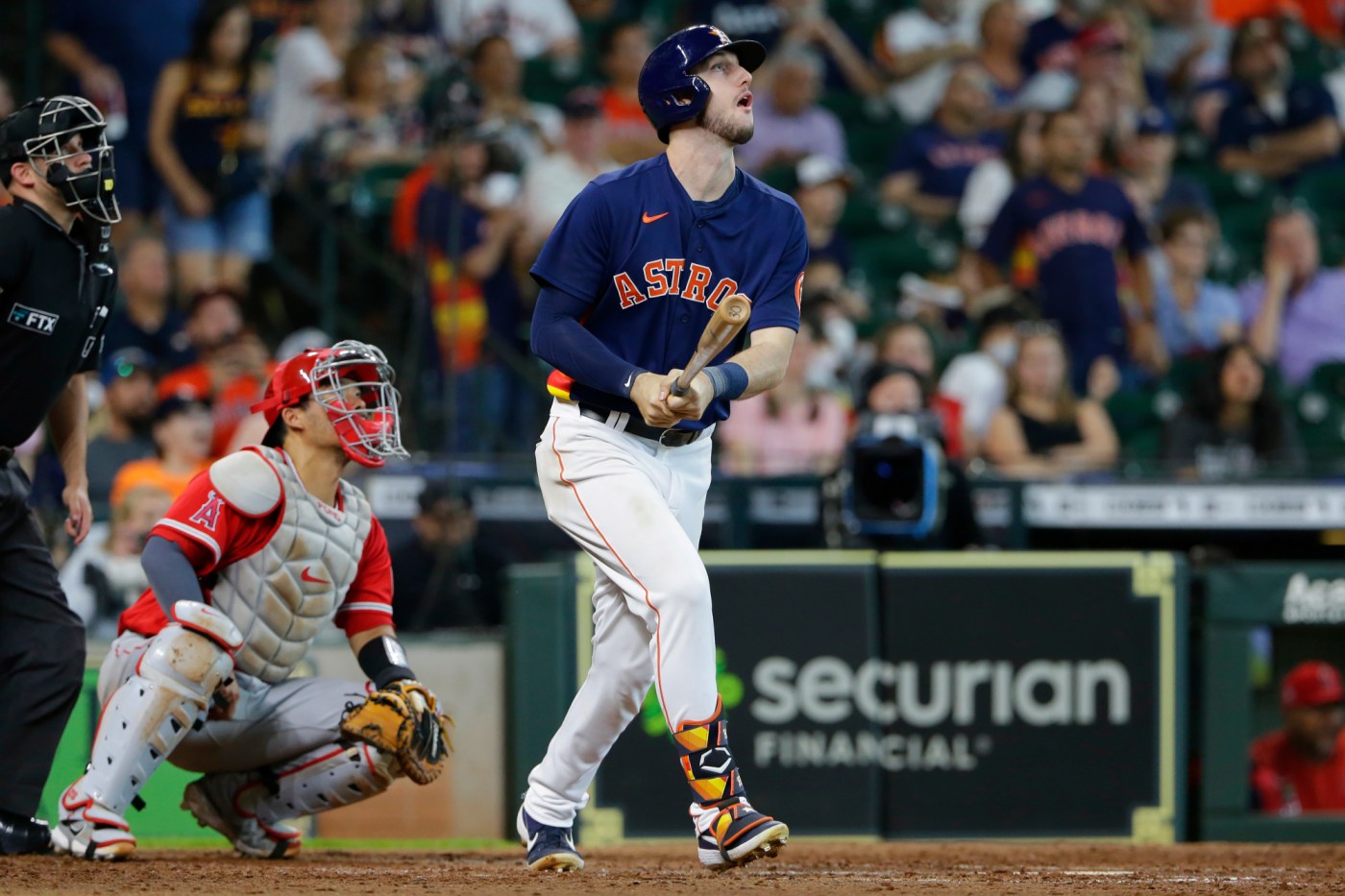 HOUSTON — Someday the Angels will again have a competitive lineup.

Until then, they are going to have to deal with games like their 3-1 loss to the Houston Astros on Sunday, when they pitched well enough to win but wasted it.

The Angels continue to be without injured Mike Trout, Anthony Rendon and Justin Upton, and on Sunday they were also without Jo Adell. Adell, who has been arguably their best hitter over the past week, was sore after crashing into the fence on Saturday night.

Shohei Ohtani also remains in a slump, the occasional homer notwithstanding.

The rest of the hitters did little to capitalize on the chances they had, coming up empty despite putting the leadoff man on base in four innings.

In the first inning, David Fletcher led off with a single and then Ohtani followed with a walk. None of the next three hitters — Phil Gosselin, Jared Walsh or Luis Rengifo — could drive them in.

In the eighth, they had runners at first and second with one out for Gosselin, who struck out, and Walsh, who hit a lineout to left field.

That left no margin for error for the pitchers.

Starter Jaime Barria had an uneven outing, including stretches when he was very good and some when he struggled.

He managed to get the key outs that he needed, so the struggles ended up with just one run on the board, but the problem was his pitch-count got so high that he was pulled after throwing 96 pitches in just four innings.

He was taken off the hook for a loss when Lagares hit a homer in the fifth, tying the game 1-1.

A few minutes later, though, left-hander José Quijada gave up a two-run homer to Kyle Tucker and the Angels were down 3-1 in the fifth.

Why is the Angels’ Shohei Ohtani in a hitting slump?

2 shot about half mile apart outside in Archer Heights