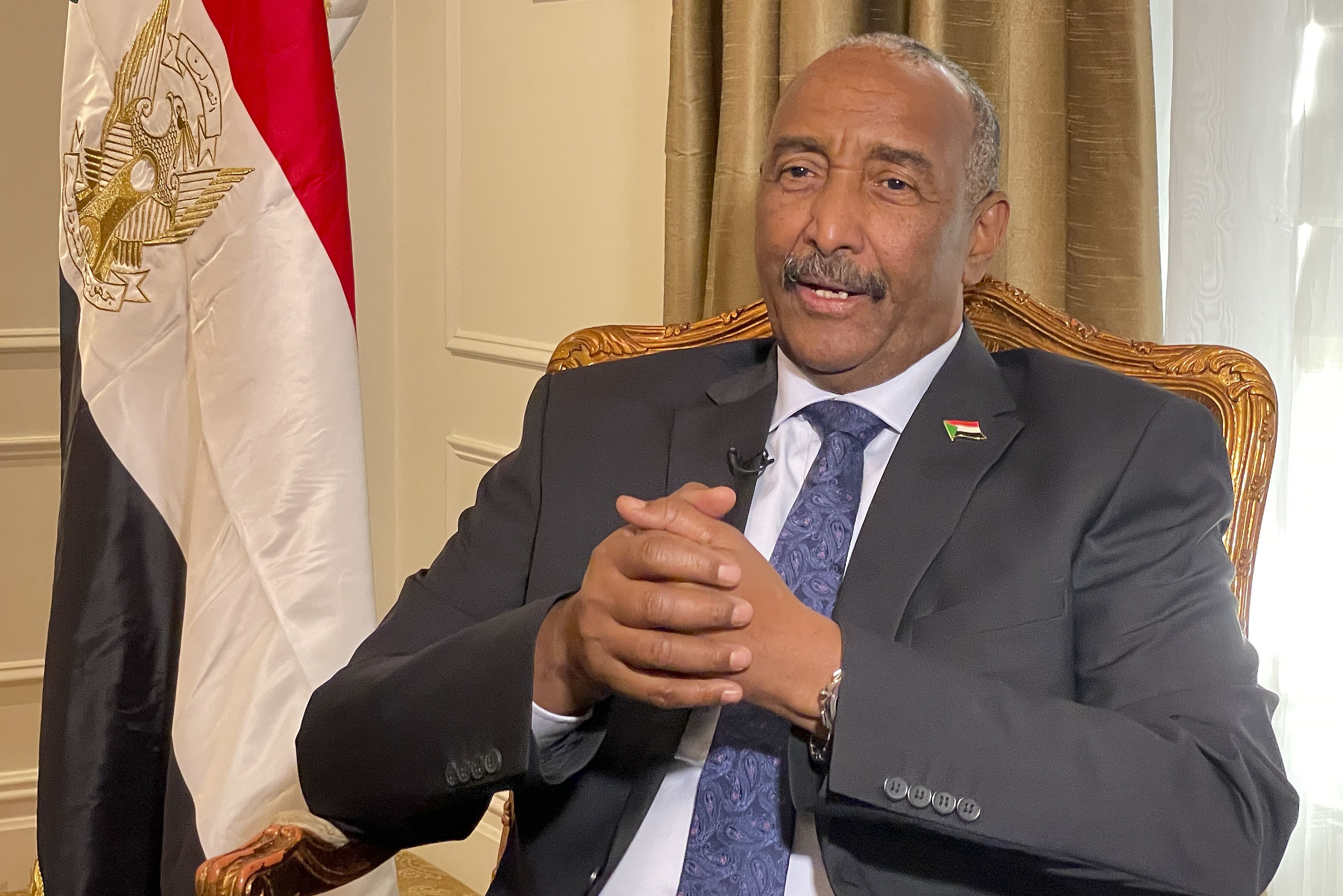 Sudan’s ruling military general, who mounted a coup nearly a year ago, said he will not run in future elections for a civilian-led government, but offered no timeline on when a vote might happen in order for him to relinquish power.

Gen. Abdel-Fattah Burhan spoke with The Associated Press on the sidelines of the U.N. General Assembly on Thursday. It marked nearly one year after he mounted a coup that upended the Arabic-speaking African nation’s short-lived transition to democracy after three decades of repressive rule by strongman Omar al-Bashir.

Asked if he would consider running in future elections, Burhan replied: “I don’t think so.” When pressed further, he said: “I do not have a desire to put myself forward (as a candidate) nor do I want to continue in this work.”

Underpinning last year’s coup were tensions that had been building between supporters of military rule and those who support civilian rule — with both sides frustrated by the country’s worsening economic conditions.

Sudan has been mired in political turmoil for over three years. Its economy has teetered and inflation was expected to hit a staggering 245% this year, according to the International Monetary Fund.

Since the coup last October, pro-democracy protesters have marched through the streets demanding the generals hand over power to civilians. They’ve denounced Burhan’s takeover, which occurred when the military dissolved the transitional government of Prime Minister Abdalla Hamdok as well as the Sovereign Council, a power-sharing body of military officers and civilians that had been ruling Sudan since late 2019.

Troops have opened fire at protesters, killing some of the marchers and detaining hundreds. While no police or security forces have been convicted in the deaths, Burhan said around five or six are under investigation.

“No one killed protesters in the way that’s being depicted,” he said. “Protesters clashed with police, and the police dealt with them according to the law to protect public property.”

Burhan said that once an elected government is in place, the armed forces would be another institution of that government rather than retain a higher status.

During the interview, Burhan said he wouldn’t run in future elections. But he stopped short of giving a date for when elections will be held, despite previously saying a vote could be held in July 2023. Instead, he said the gridlock lies with political groups that need to agree on a date for the vote. He insisted the military had no role in that discussion.

“We are talking about political participation and widening that participation, whether that is Hamdok or someone else, this person will not succeed without a wide base to rule Sudan,” Burhan said. “The only authority to rule is through elections, with no one imposing their will on another.”

He also brushed aside strains within his own transitional government, denying there were any disagreements with the deputy chief of Sudan’s ruling military council, Gen. Mohamed Hamdan Dagalo, better known by his nickname Hamedti. Local media over the past weeks reported disputes between the two generals. Dagalo has also …read more