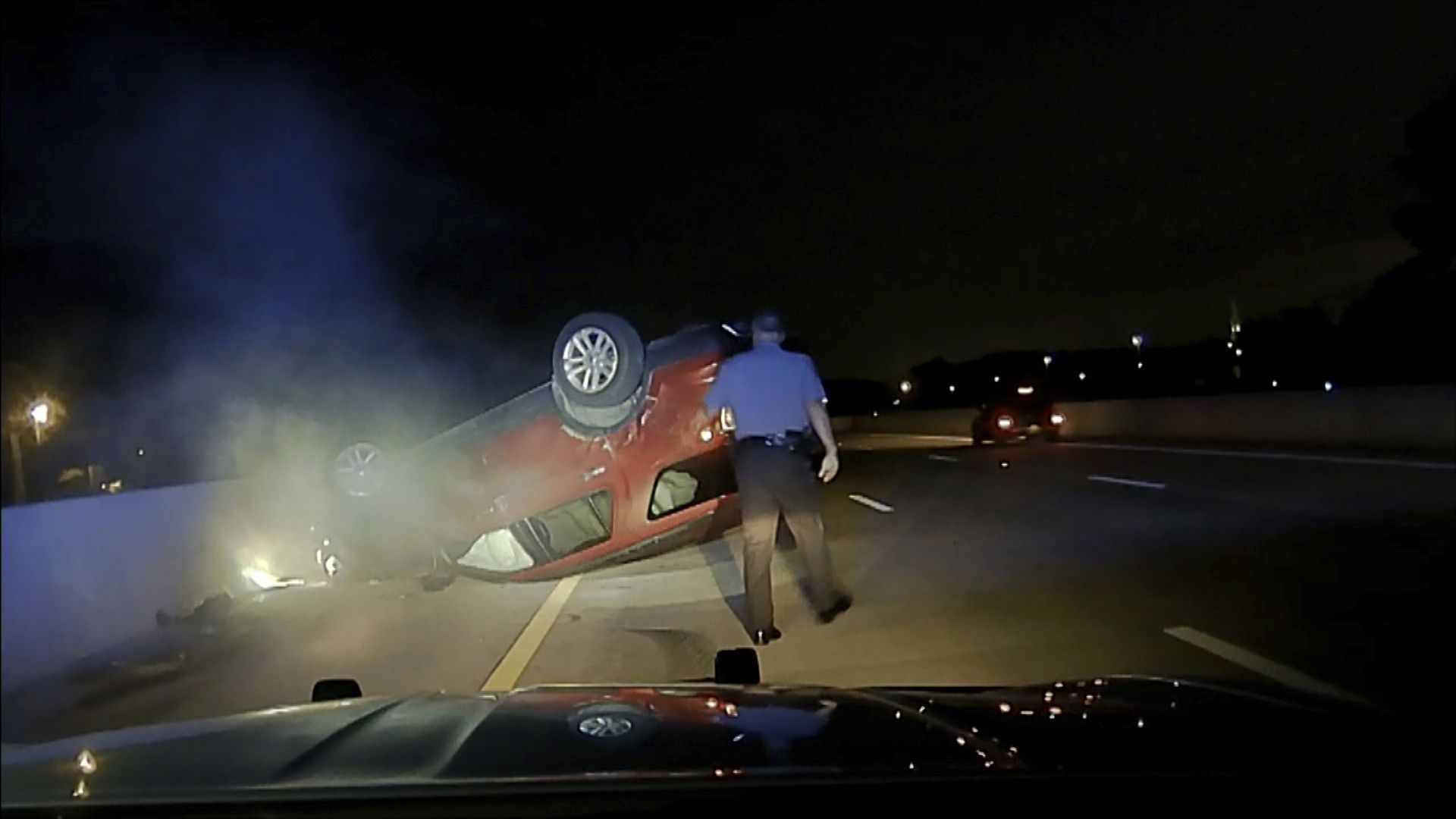 An Arkansas woman who says she was injured when a state trooper deliberately bumped into her SUV, causing it to flip, because she didn’t immediately pull over for a traffic stop is suing him and the agency.

An attorney for Janice Nicole Harper filed the lawsuit last month in Pulaski County against trooper Rodney Dunn, several of his supervisors and the Arkansas State Police, alleging negligence and excessive use of force.

The suit alleges that Harper slowed down, activated her blinker and emergency lights and was looking for a safe place to pull over after Dunn initiated a traffic stop in July 2020. Dashboard video from Dunn’s cruiser shows the trooper performed a “pursuit intervention technique,” or PIT maneuver, about two minutes after initiating the stop.

The state police have not formally responded to the lawsuit, and a spokesman for the agency declined to comment Friday because the lawsuit is pending.

In a statement provided last month to television station KARK, Col. Bill Bryant said over the last five years, troopers have seen a 52% increase in the number of drivers who ignore traffic stops troopers initiate.

“In every case a state trooper has used a PIT maneuver, the fleeing driver could have chosen to end the pursuit by doing what all law-abiding citizens do every day when a police officer turns on the blue lights – they pull over and stop,” the statement said.

The American Civil Liberties Union of Arkansas on Friday called for state legislators to investigate the use of the maneuver.

“These deadly maneuvers are a reminder that police are routinely escalating mere traffic violations into dangerous situations that endanger the lives of all motorists,” Holly Dickson, executive director of the ACLU of Arkansas, said in a statement.

Harper suffered severe injuries as a result of the crash, as well as mental and emotional distress, lost work, attorney costs and other expenses, the lawsuit alleges. She was pregnant at the time of the crash, but her baby, who is now four months old, doesn’t appear to have suffered any residual effects from the crash, Harper’s attorney Andrew Norwood said.

How June 15 reopening will change restaurants and dining in