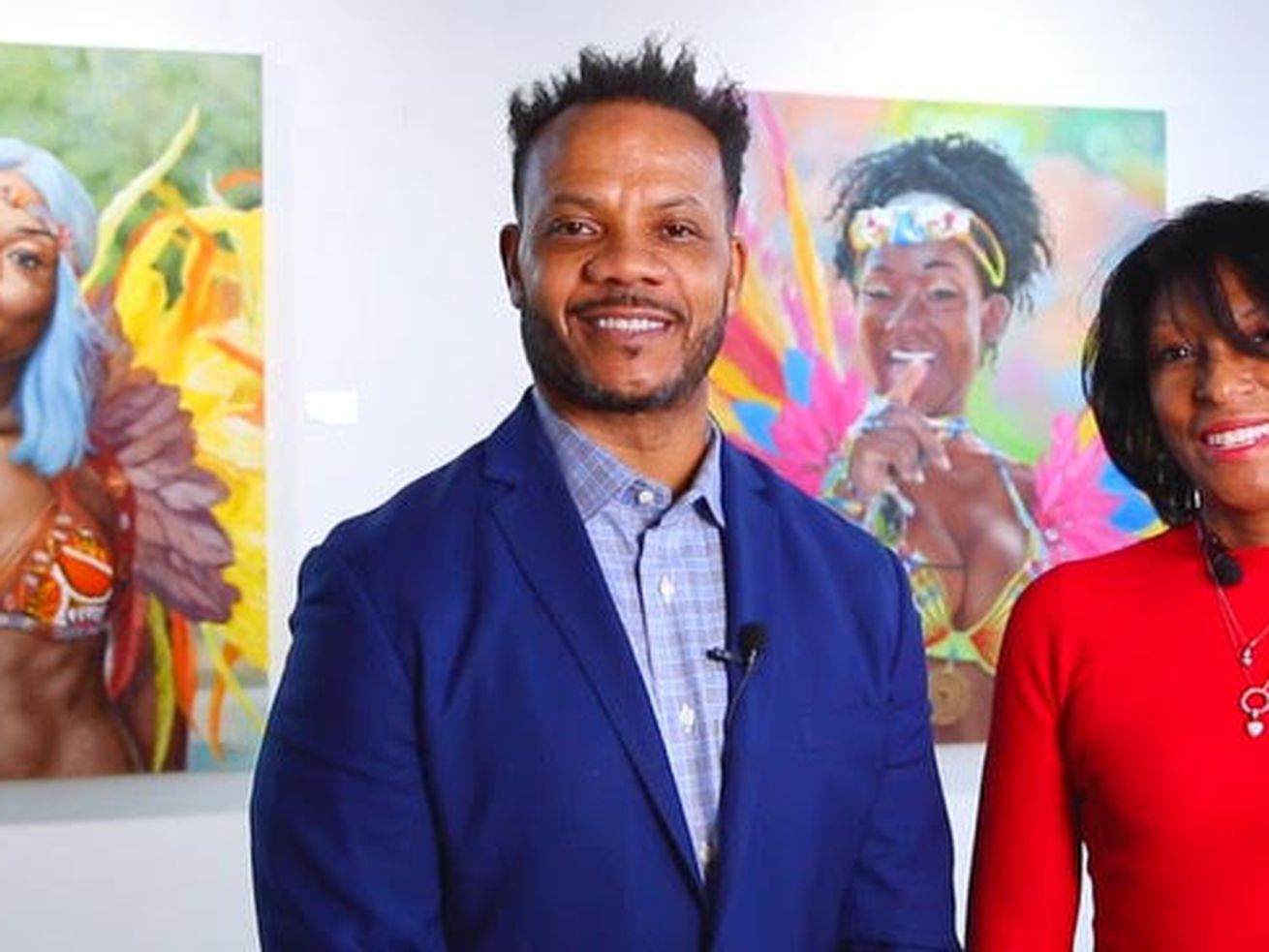 Andre and Frances Guichard are owners of the 16-year-old Gallery Guichard in Bronzeville, which has seen corporate efforts toward diversity, equity and inclusion expand to art in the post-George Floyd era. The couple, which also owns the seven-year-old Bronzeville Artist Lofts, has been on a mission to expose patrons to multicultural artists and art in the African Diaspora, along with four other galleries in the Bronzeville Art District. | Provided

Andre and Frances Guichard, owners of the 16-year-old Gallery Guichard in Bronzeville, have seen demand for art of the African Diaspora grow.

A nation reckoning with race has led to a renaissance for artists of the African Diaspora.

That’s because diversity, equity and inclusion efforts by some corporate and academic institutions have expanded to the very art on the walls, some Chicago artists of color say.

One such gallery in Bronzeville — Gallery Guichard and its owners, Andre and Frances Guichard — have witnessed that uptick as beneficiary to several recent efforts by entities ranging from Sterling Bay and University of Chicago to ComEd and Blue Cross Blue Shield.

“While there have been gains in many different sectors where there exists inequity, the art world is still behind the curve in representing in museum collections and corporate c-suites, investments in original art by artists of color and women,” said Andre Guichard.

“Our representation in those collections is less than 1 percent. But we are seeing a change.”

The Guichards, along with partner Stephen Mitchell, opened their gallery at 437 E. 47th St. in 2005, with the mission to expose patrons to multicultural artists specializing in art of the African Diaspora. In 2014, they opened their Bronzeville Artist Lofts and today are part of a six-gallery Bronzeville Art District that organizers bill as the largest art district in the country.

Courtesy of Gallery Guichard
“The twisted hand and the chain-link dress,” by D. Lammie-Hanson

Kings celebrate Anze Kopitar before being eliminated from playoff mix

Gallery Guichard has been retained by real estate investment/development firm Sterling Bay for an art installation to be unveiled in the lobby of One Two Pru, the 2.3 million-square-foot, two-tower development at Randolph and Stetson, as Chicagoans begin returning to the office.

The gallery was also just retained by the U of C Law School to produce a portrait to hang in its library of Earl B. Dickerson, the civil rights lawyer who in 1920 became the first African American to earn a Juris Doctor there. Dickerson successfully argued the U.S. Supreme Court Hansberry v. Lee case striking down racially restrictive covenants in Woodlawn.

Gallery Guichard was retained in August by ComEd to manage the utility’s installation of The Bronzeville Renaissance Mural, a 40-yard artwork at 38th and Michigan depicting the neighborhood’s historic legacy, on the wall of a ComEd-owned microgrid unit.