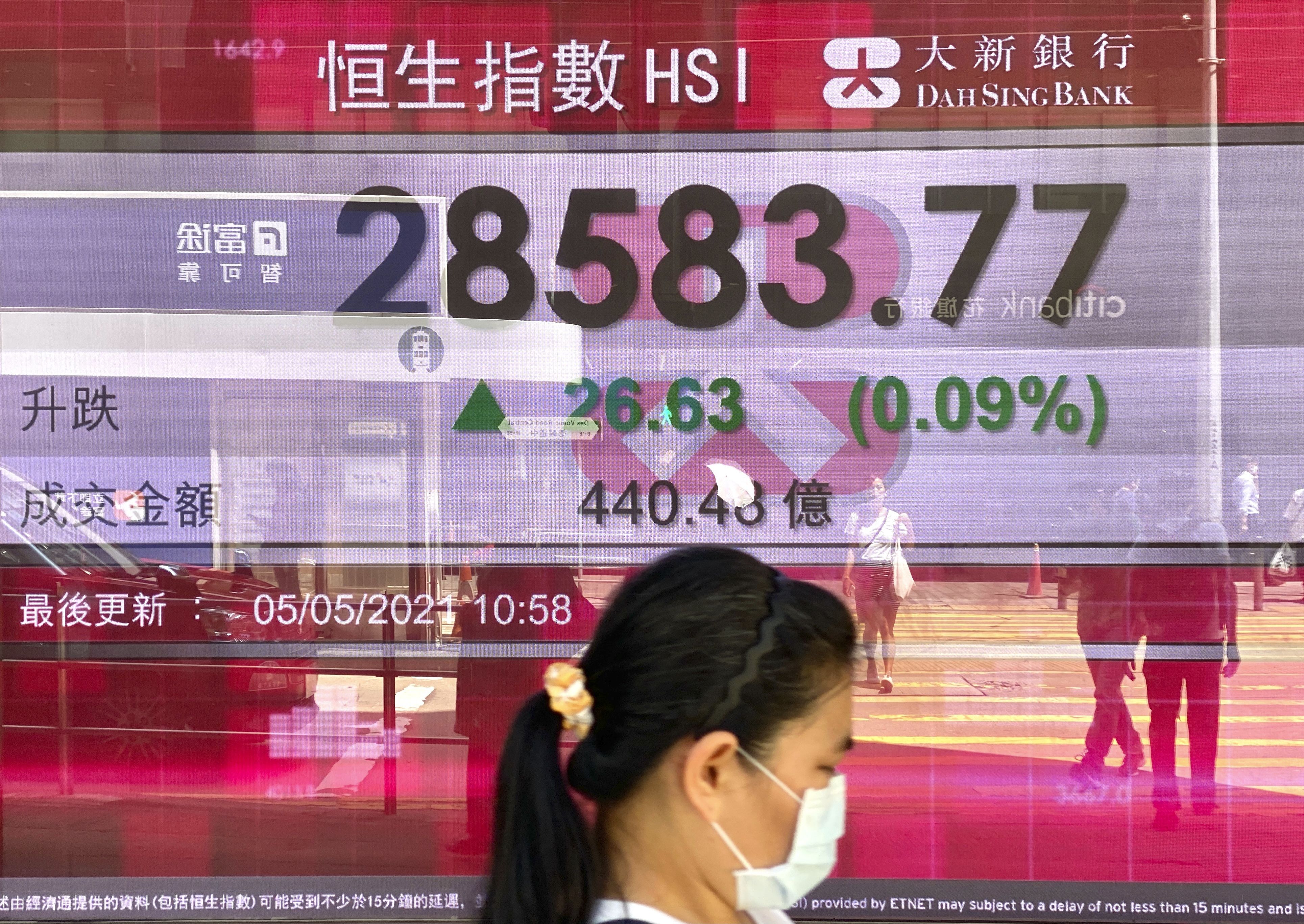 Asian stock markets were mixed Wednesday in light trading while China and Japan were closed for holidays.

“With relatively light newsflow and macro data, price action in the region was subdued in holiday-thinned conditions,” said Anderson Alves of ActivTrades in a report.

Investors are watching corporate earnings and looking ahead to Friday’s U.S. jobs data.

Most economic indicators point to improving conditions, but investors are worried about renewed coronavirus outbreaks and a possible uptick in inflation.

Remarks by Treasury Secretary Janet Yellen appeared to stoke those worries. Selling on Wall Street accelerated after Yellen said interest rates may have to rise to keep the economy from overheating. She later downplayed her comments during an interview with The Wall Street Journal after markets closed.

Earlier, Federal Reserve Chairman Jerome Powell said Monday the economic outlook has “clearly brightened” in the United States but the recovery is uneven.

More than half of the companies in the S&P; 500 have reported their results so far this earnings season, which show profit growth of 54%, according to FactSet.

Economists expect U.S. data due out Friday to show employers hired 975,000 workers last month as the economy accelerated out of the pandemic and vaccines rolled out nationwide. The unemployment rate is expected to drop to 5.8% from 6%.

US, UK reject reports of imminent prisoner deal with Iran

Clippers focused inward ahead of clash with Lakers