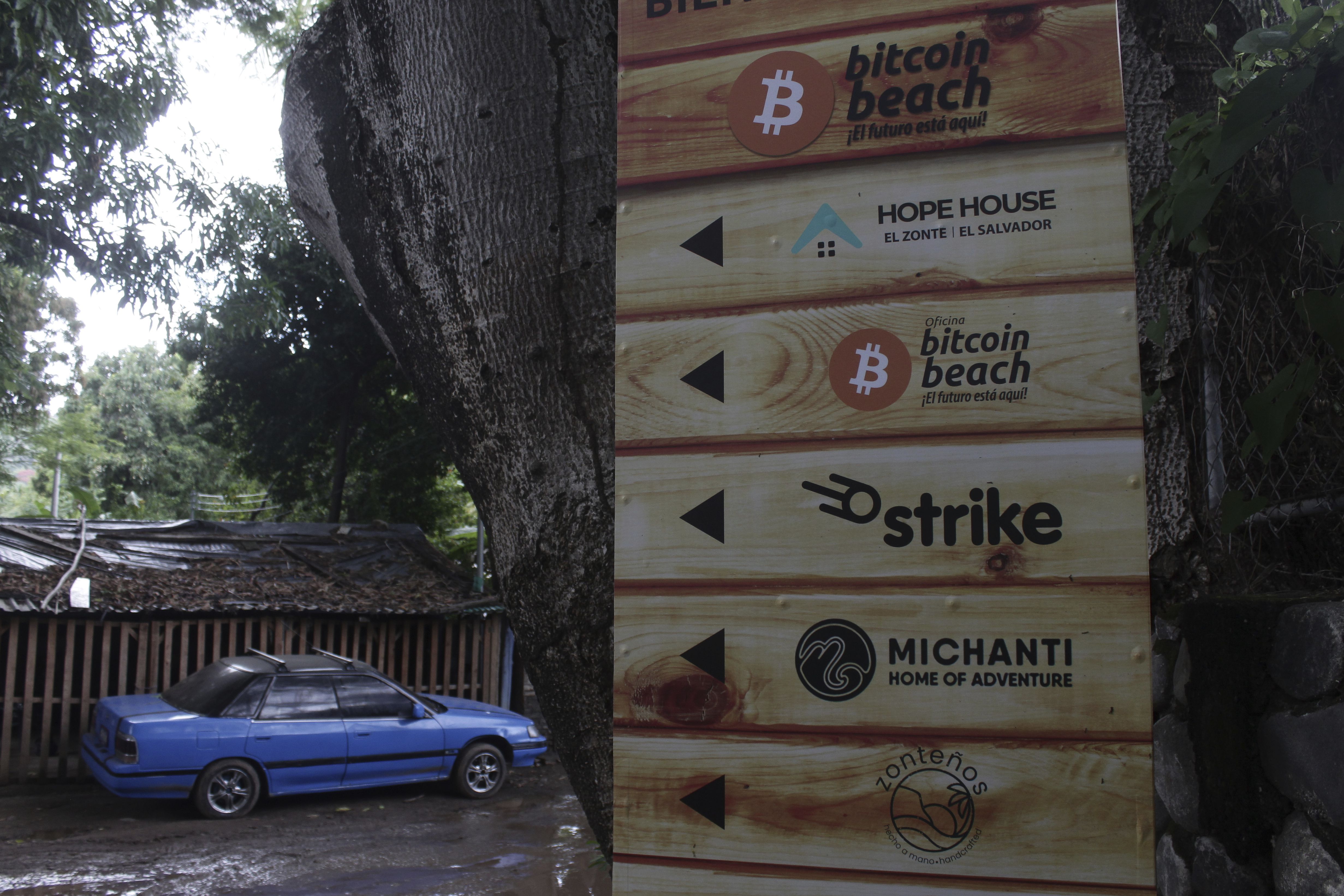 After El Salvador’s congress made the bitcoin legal tender this week, eyes turned to this rural fishing village on the Pacific coast. Known to surfers for its pounding waves, El Zonte has had the cryptocurrency in its economy for the past year.

Some 500 fishing and farming families use bitcoin to buy groceries and pay utilities, something the government envisions for the country at large. Bitcoin already was legal to use in El Salvador but its acceptance was voluntary, so the legislation passed late Tuesday now requires all businesses — except those without the technology — to accept payment in bitcoin.

El Zonte’s mini bitcoin economy 26 miles (43 kilometers) from the capital came about through an anonymous donor who started working through a local nonprofit group in 2019. Supporters of the financial change point to it as a demonstration case for how digital currency could help in a country where 70% of the people don’t have bank accounts.

President Nayib Bukele, who pushed through the bitcoin law, touts it both as a way to help those many Salvadorans without access to traditional banking services and as a path to attract foreigners with bitcoin holdings to invest in El Salvador, which is the first nation to make the cryptocurrency legal tender.

Experts are trying to figure out why Bukele is pushing bitcoin. They say it is unclear how the highly volatile cryptocurrency will be a good option for the unbanked and only time will tell if the new system translates into real investment in El Salvador.

Bitcoin, intended as an alternative to government-backed money, is based largely on complex math, data-scrambling cryptography — thus the term “cryptocurrency” — lots of processing power and a distributed global ledger called the blockchain, which records all transactions. No central bank or other institution has any say in its value, which is set entirely by people trading bitcoin and its value has moved wildly over time.

In El Zonte this week, construction worker Hilario Gálvez walked into Tienda María to buy a soda and snacks to share with his friends. Instead of reaching for his wallet, he paid through an app on his phone.

“It’s easier than paying with bills,” Gálvez said. “I can buy from my house, do the transaction with the application Bitcoin Beach, and I just come to pick up what I need.”

Avilés notes that the volatility of the bitcoin can be a problem.

“People ask me if I recommend bitcoin, I tell them I’ve won, but I’ve also lost,” Avilés said. “When bitcoin hit $60,000, I won and I bought this refrigerated room for the store, but then it went down and I lost.”

Román Martínez was a pioneer in using bitcoin …read more