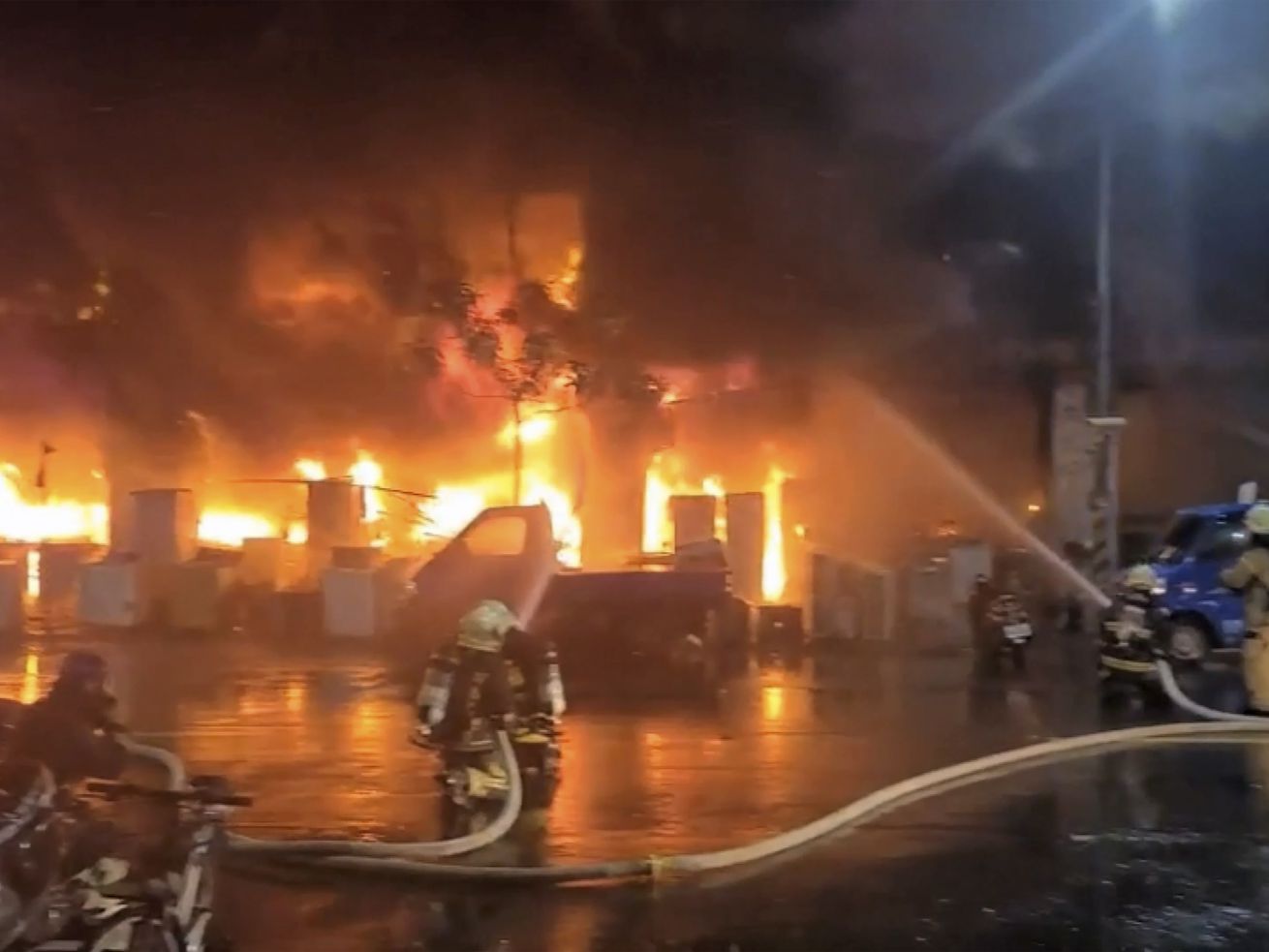 In this image taken from video by Taiwan’s EBC, firefighters battle a blaze at a building in Kaohsiung, in southern Taiwan on Thursday, Oct. 14, 2021. The fire engulfed a 13-story building overnight in southern Taiwan, the island’s semi-official Central News Agency reported Thursday. | AP

Neighborhood residents said the 13-story building was home to many poor, elderly and disabled people and it wasn’t clear how many of the 120 units were occupied.

KAOHSIUNG, Taiwan — At least 46 people were killed and another 41 injured after a fire broke out early Thursday in a decades-old mixed commercial and residential building in the Taiwanese port city of Kaohsiung, officials said.

Neighborhood residents said the 13-story building was home to many poor, elderly and disabled people and it wasn’t clear how many of the 120 units were occupied.

Witnesses said they heard something that sounded like an explosion at about 3 a.m. when the blaze erupted in the building’s lower floors, which housed a closed movie theater, abandoned restaurants and karaoke clubs.

Lin Chie-ying said she was awoken in her home across from the fire by the sounds of ambulances and fire trucks.

“I thought our home would burn up too,” she said.

The apartment building is one of many in the Yancheng district, an older part of Kaohsiung, a city of some 2.8 million people in southwestern Taiwan.

“For the families and Yancheng, I feel incomparable pain and I blame myself deeply,” Mayor Chen Chi Mai said at a news conference, bowing in apology. “Here I want to express my deepest sorrow to all the wounded and those who died, as well as their families and all the residents.”

It took firefighters until after 7 a.m. to extinguish the blaze. Many of the upper floors appeared not to have been damaged directly.

Late in the day, the smell of smoke still lingered throughout the area and the sound of shattering glass rang. Construction workers were raised on a crane to break out the remaining glass from window frames with a crowbar to remove further hazard.

Fantasy football waiver wire after Week 6: What to do about the Browns RB situation

Throughout Thursday, first responders pored through the wreckage and recovered dozens of bodies. Another 14 of 55 taken initially to the hospital were confirmed dead on arrival or shortly after.

The building’s age and piles of debris blocking access to many areas complicated search and rescue efforts, officials said, according to Taiwan’s Central News Agency.

It appears the fire broke out on the ground floor but it was not immediately clear exactly where and the cause was still under investigation.

The United Daily News said that investigators were focusing on a first-floor tea shop where the fire had started, and police were looking into a resident who reportedly fought with his girlfriend earlier on Wednesday. They had not ruled out arson, the newspaper said.

Fire extinguishers had been installed last month, but only three per floor because the residents could not afford to pay more, the United Daily News, a major newspaper, reported.

A 1995 fire at a nightclub in Taichung, Taiwan’s third-largest city, killed 64 people in the …read more

Down 352,000 jobs, California restaurant owners look for a lifeline