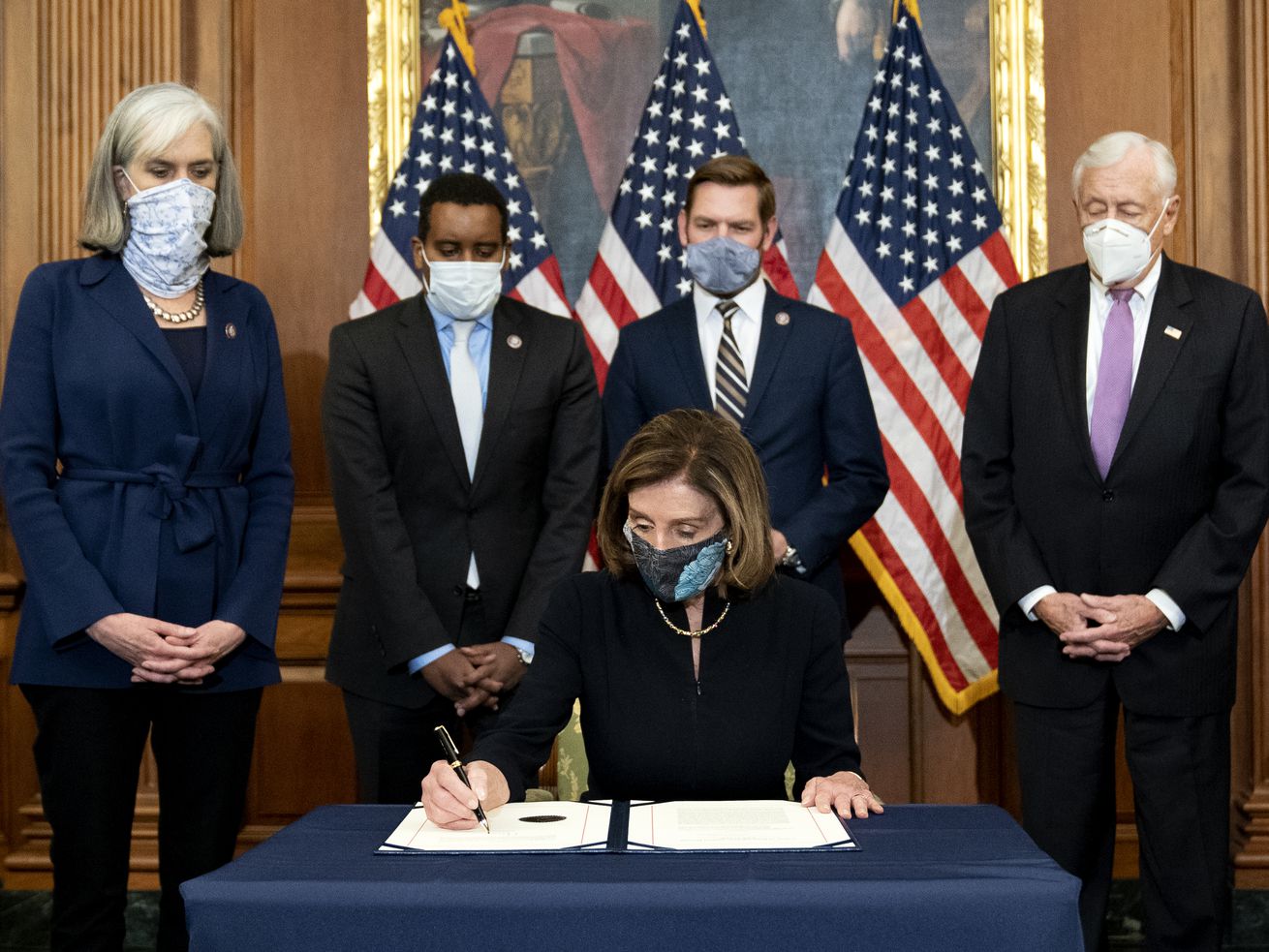 Speaker of the House Nancy Pelosi, D-Calif., signs an article of impeachment against President Donald Trump at the U.S. Capitol on Wednesday, Jan. 13, 2021, in Washington, D.C. | Stefani Reynolds/Getty Images

WASHINGTON — At the scene of the crime — a week after the Capitol attack and a week before Joe Biden’s inauguration — the House impeached President Donald Trump again, this time, for “willful incitement of insurrection.”

The action jumps to the GOP-run Senate — another Jan. 6 crime scene — where there is little chance of a quick Trump trial. It will likely wait until Senate Democrats take control, Trump is out of office and Biden is in the White House.

Democrats, joined by 10 Republicans, including Rep. Adam Kinzinger, R-Ill., voted 232-197 to make Trump the only president in history to be impeached twice.

House Speaker Nancy Pelosi, D-Calif., said the insurrectionists were “domestic terrorists” who did not appear out of nowhere. They were sent by Trump. She said the House had to act. “We cannot escape history.”

The impeachment raced through the House at the speed of light, coming straight to the House floor without a hearing. There could be testimony in a Senate trial.

In the House, the speedy impeachment took about two hours. The lawmakers who voted to impeach Trump were also witnesses to the crime: a Trump-inspired mob, fed junk information that the election could be overturned, invaded the Capitol to stop Congress from counting Biden’s Electoral College vote.

Republicans who want to rinse the party of the corrosive Trump influence — that is, take Trump out of Trumpism — will get a dividend if Senate Democrats can find enough Republicans to get a supermajority of 67 votes needed for a conviction.

The Constitution says that after a conviction, the Senators could vote to disqualify Trump from holding office again, removing Trump from the 2024 presidential contest, clearing the field for other ambitious Republicans.