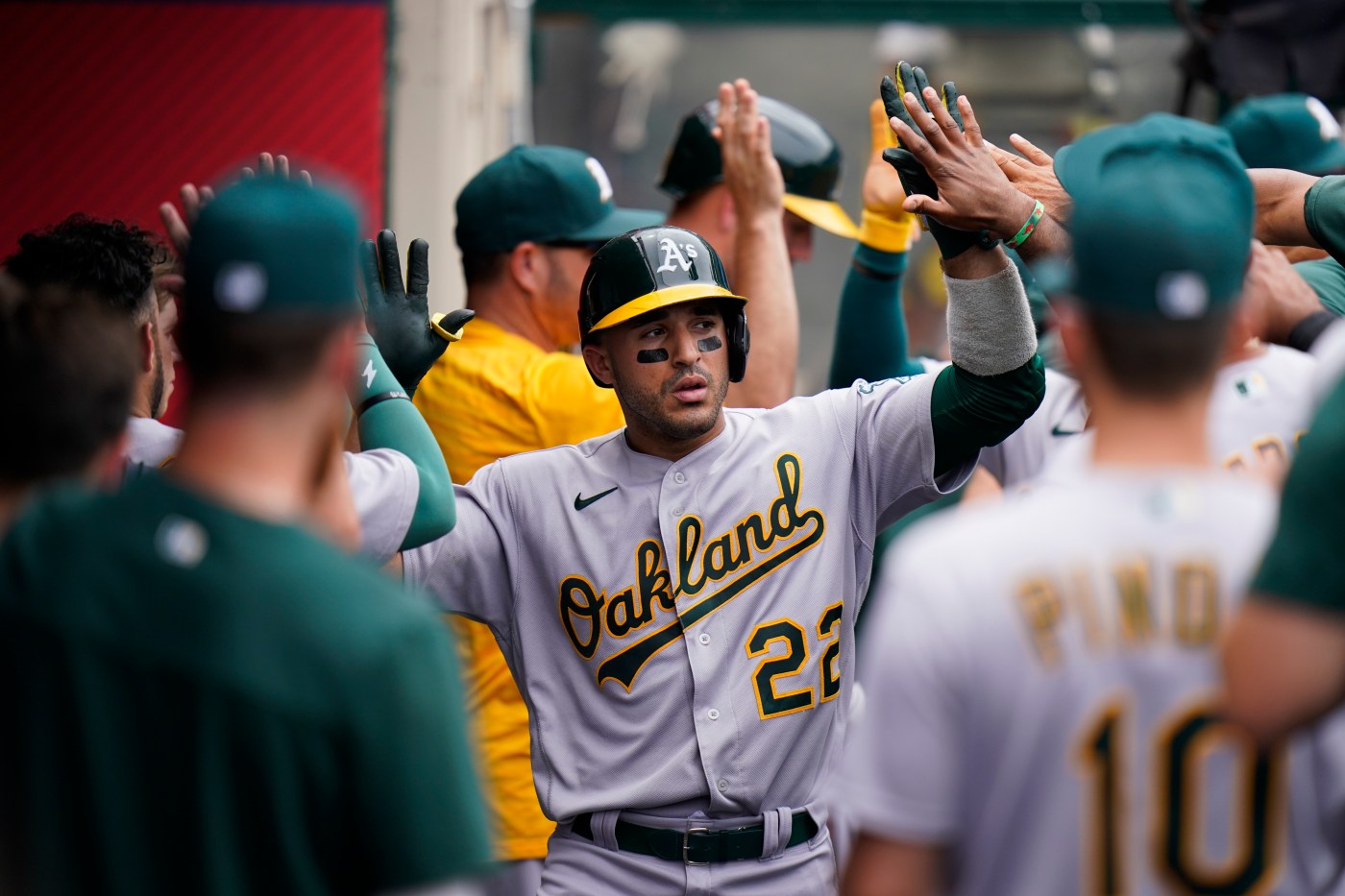 The Athletics gave up seven home runs Thursday against the Los Angeles Angels and won anyway.

By doing their damage with runners on base early, the Athletics were able to hold on as starter Paul Blackburn gave up four solo home runs and three relievers gave up one each in an 8-7 road win. The Angels had held the A’s to 18 runs in their nine previous games.

Los Angeles fell to 44-61 despite the home runs.

Blackburn (7-6) labored through 92 pitches with 59 strikes in five innings and never retired the side in order. He gave up solo home runs in each of the first four innings to Shohei Ohtani (his 23rd), Kurt Suzuki (his third), Taylor Ward (his 14th) and Jo Adell (his fourth).

Jared Walsh went solo against Sam Moll for the Angels, his 14th, and Ohtani added No. 24 in the seventh with a home run against Kirby Snead in the seventh with no one aboard. Mickey Moniak hit his first home run against closer Zach Jackson in the bottom of the ninth with one out. A.J. Puk relieved Jackson with two out in the ninth to retire Ohtani on a one-pitch pop-up for his third save.

The Athletics broke loose for six runs in the third against the Angels’ Janson Junk (1-1) with five hits and four walks, two of which scored.

Trailing 2-0, Laureano hit a two-run double off the third base bag, followed by another two-run double from Sean Murphy. Brown’s two-run home run, his 16th chased Junk from the game.

Takeaways: Johnson vs. Barnes in premier US Senate race

Laureano connected for a two-run home run against Touki Toussaint in the fourth, his 12th of the season.

Vin Scully, forever the voice of the Dodgers, dies at 94

— Reliever Dany Jimenez, pitching in his first game since going on the injured list with a shoulder strain on June 21, pitched the eighth inning and struck out the side.

— Manager Mark Kotsay said the club was in the process of determining a starter for Sunday’s game against the Giants after the trade of Frankie Montas to the New York Yankees.

He said the club …read more

One year after ending war in Afghanistan, US spy agencies pivot toward China, Russia threats