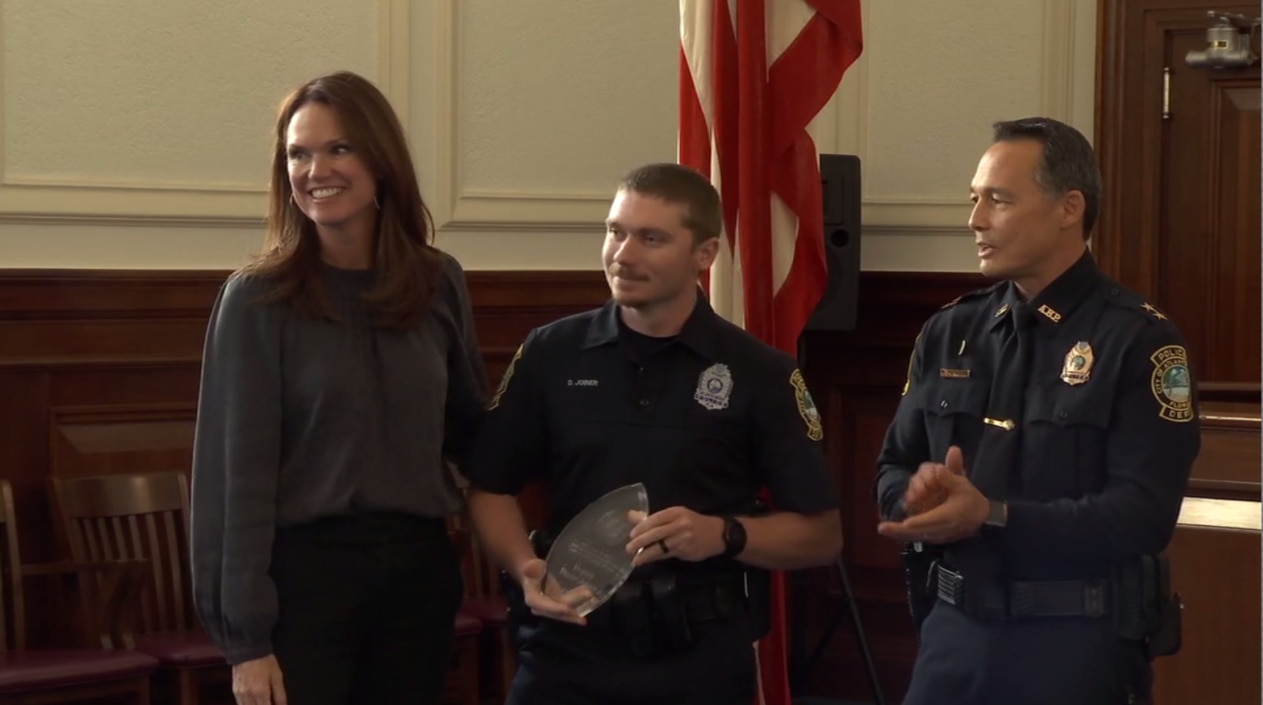 Atlantic Beach Police Officer Dustin Joiner on Wednesday received the Outstanding Law Enforcement Officer award for his role in saving the life of fellow officer Tim Stafford after he was brutally attacked outside a restaurant last year.

Stafford was beaten in July of 2020 after responding to a call in front of the Panera Bread on Atlantic Boulevard near Penman Road. Stafford had to have facial reconstructive surgery and is still recovering from his injuries.

“I wanted to become a police officer to make a difference in the community and to do the job that I’ve always wanted to do since I was a little kid,” Joiner said.

Joiner credits his police training for finding that delicate balance that helped save the officer’s life. He was the first to arrive on scene when he saw Stafford being beaten unconscious.

Investigators said Joiner stopped the man, helped nearby citizens to safety, helped Stafford on the ground and directed arriving officers to help the suspect.

Stafford recorded a message for the man he calls a hero.

“Thank you Dustin. May God bless you,” he says in the message.

After the attack, neighbors from Atlantic Beach, a close-knit, small beach town, showed their Atlantic Beach officers how much they appreciate what they do.

“Completely humbling. It’s an honor,” Joiner said at the ceremony. “I look at it as doing my job every single day, and to be acknowledged for what we do, it means a lot.”

The community rallied around the Atlantic Beach police and a GoFundMe account that was set up raised more than $20,000.

There were many other amazing stories, like retired Jacksonville officer Nolan Kea, who two years ago saved a 5-year-old girl at Hanna Park. The vehicle she was traveling in flipped over and was nearly un-seeable under water.

Pastor Garland Scott was one of the citizens surprised with an award for his work helping change the lives of people that police have labeled violent offenders.

More than 4,000 without power in Gilroy, Morgan Hill