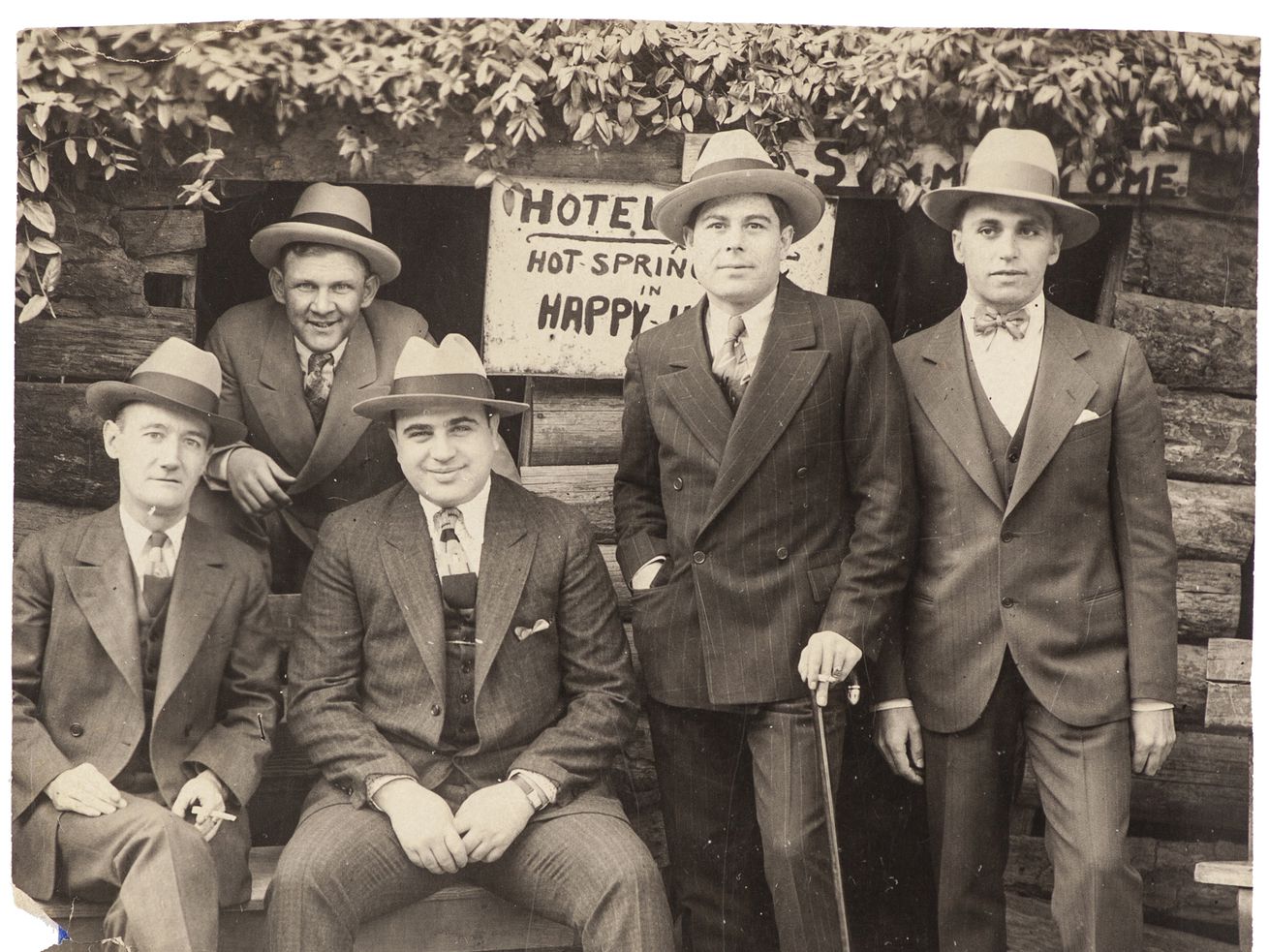 This vintage silver print photograph of Al Capone and his associates at Hot Springs, Arkansas, was available for auction at Witherell’s. | Sheldon Carpenter/Witherell’s Inc

A once-in-a-lifetime auction of Al Capone’s personal effects, including his “favorite” gun, garnered more than $3.1 million — four times more than what the Sacramento-based auction house expected.

More than 1,200 bidders registered from all 50 states and several countries participated in “The Century of Notoriety: The Estate of Al Capone” Friday night. Several dozen flew into Sacramento to attend the invite-only live auction, which was closed to the media.

The priciest item was Capone’s .45-caliber Colt model 1911 semi-automatic pistol, which had been deemed his “favorite” weapon. The starting bid was $50,000, and it ultimately sold for $1 million, according to Brian Witherell, head of the auction house that was tasked by the Chicago mobster’s three granddaughters with overseeing the sale of 174 lots. It’s believed to be the most expensive 20th Century firearm sold at auction.

The gun’s buyer requested to remain anonymous as of Monday.

“All of it was shocking in a lot of ways,” Witherell said Monday. “Even when I thought, if all the stars aligned, it doubled that.”

A letter Capone wrote from Alcatraz Federal Penitentiary to his only son, Sonny, was purchased for $56,700.

Witherell said the auction drew so much attention online that the traffic overwhelmed their website, causing some people to experience delays and lags in the bidding process.

“It was lovely,” said Capone’s granddaughter, Diane Capone, who attended the auction. “We were very pleased. It was a bit emotional at times.”

It was also a bit of a roller coaster for Craig Showalter, who sipped on pinot noir while watching auction results come in on his iPad from his home in the Glenview area.

And that’s how the night went for Showalter, a physician who specializes in addiction medicine, as he bid on 12 items but came up empty-handed.

“I bid $9,500 on a rug, but lost that too. It was a Chinese-style rug, red rug with a bird design in the center, really a very attractive rug. It had burn marks from Capone’s cigar. That might have been a little embellishment, but I thought it sounded very nice and would have liked to have had that for my living room,” he said.

“People do get auction fever,” he said. …read more