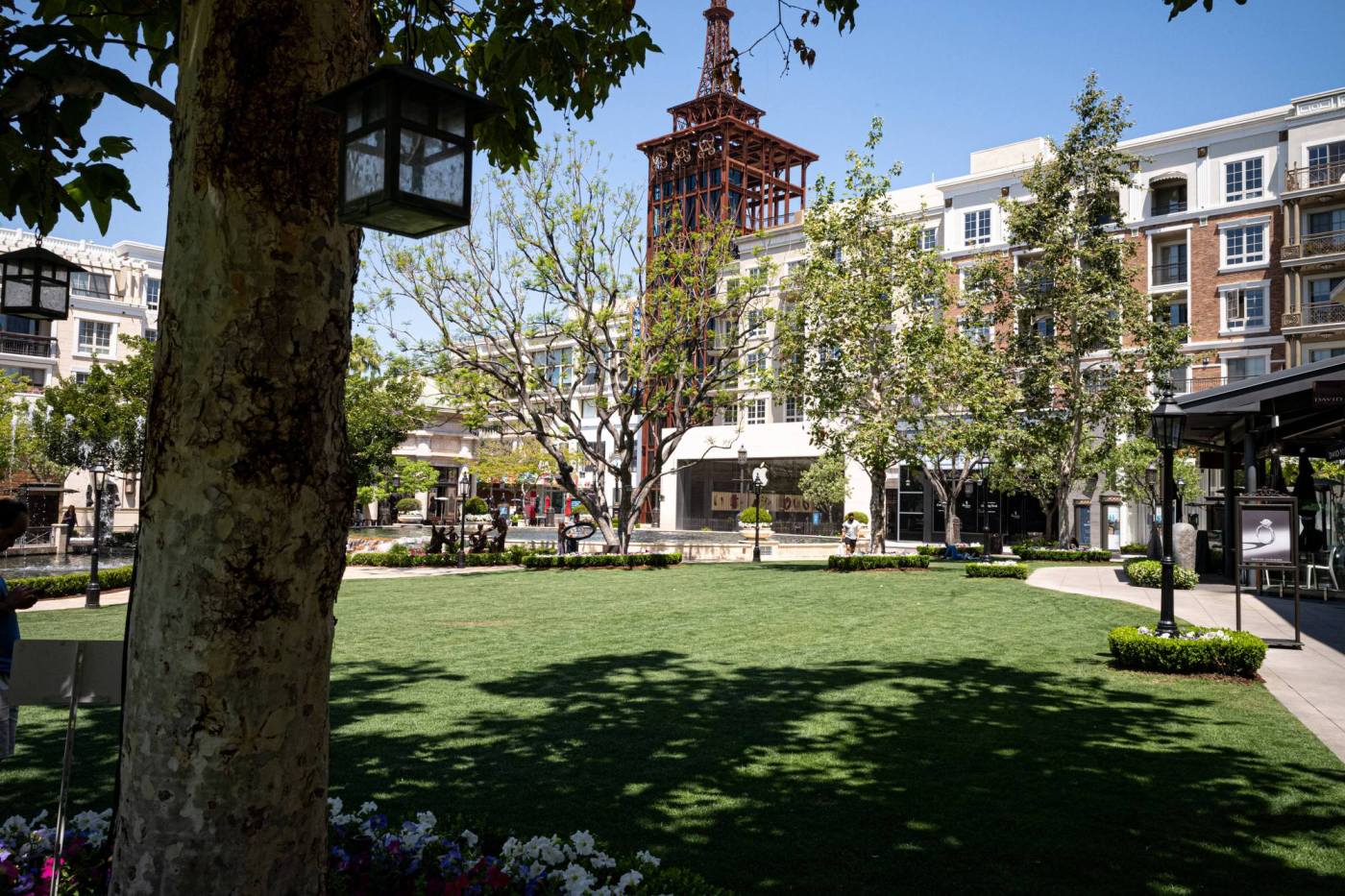 Police departments across Los Angeles County are ramping up police presence near major shopping malls and retail outlets after a flash mob robbery of the Nordstrom at the Grove Monday night.

“Our officers are encouraged to roll by a lot of retail agents,” said an LAPD spokesman, adding that officers are “on high visibility patrol” in the area at the Grove, Americana, Melrose Avenue and near other retail outlets. “Officers are talking to the business owners, encouraging them to keep an eye out.”

A spokeswoman for Unibail-Romanco-Westfield, which owns shopping malls in Southern California, including Canoga Park, Century City, Sherman Oaks, and Culver City, said the company is “coordinating with local law enforcement and is taking additional steps to ensure our property is as secure as possible for both retailers and shoppers.”

Rudy Flores, Santa Monica Police Department spokesman wrote in an email that his department was “closely monitoring the flash mob theft incidents occurring within the region and nearby cities. We have been communicating and working in partnership with our business community, which caused some of the businesses to take a stronger stance to secure their property.”

He added that “after learning about the incidents that occurred in Northern California and Beverly Hills, we launched a comprehensive plan deploying a contingent of uniformed personnel throughout our business districts.”

Authorities have set up “a plan to monitor and remain highly visible within the major corridors around businesses,” Flores wrote.

Heavy #police presence at 3rdStreetPromenade in #SantaMonica following last night’s #Nordstrom break-in in the Grove. A police officer told me they are planning to stay in the area all night. pic.twitter.com/H0H23BoF84

The department store’s spokeswoman wrote in an email that ”given recent incidents at two of our stores and incidents across the industry, we’re heightening our in-store security presence and implementing additional protective measures to keep everyone safe.”

Security personnel will patrol inside and outside of the stores while “working closely with mall security and law enforcement to anticipate and minimize risk.”

She added that the company has “enhanced training and protocols designed to ensure all our teams feel prepared to respond in the event of a safety incident.”

Monday’s incident involved a group of about 20 people who smashed a display window at the Grove’s Nordstrom stealing $5,000 worth of merchandise and triggering a police chase.

“No customers were in the store at the time of the incident and our employees are safe, uninjured, and accounted for,” Nordstrom’s spokeswoman wrote in the email. “We are working with the Los Angeles police department in their ongoing investigation of the incident.”

Organized groups of looters have been taking part in smash-and-grab burglaries in Bay Area areas in recent weeks.

On Saturday, Luis Vuitton and Saks Fifth Avenue stores in the Rodeo Drive area in Beverly Hills were targeted by a group of …read more

Golden Globes 2021: The Complete List of Nominees | Entertainment Weekly
What the San Jose Sharks are saying about Evander Kane being on waivers